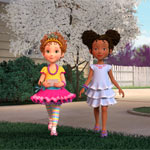 Animation veteran Jamie Mitchell is no stranger to fun young heroines who know how to make the best of every situation. After all, he exec produced Disney’s popular Sofia the First series for the past six years, and worked on shows as diverse as The Little Mermaid, Hey Arnold, Special Agent Oso and Elena of Avalor. This month, Mitchell’s latest project Fancy Nancy debuts on Disney Junior. It’s a CG-animated preschool show based on the popular book series by author Jane O’Connor and illustrator Robin Preiss Glasser about a dynamic six-year-old girl who has a knack for making the most of every day.

“I first met Jane and Robin a couple of years ago when they visited our unit as they were touring the studio [Walt Disney Television Animation],” recalls Mitchell. “That was long before I became involved with the show. I have two daughters of my own and thought the books were wonderful. I loved the drawing style and the way it mixed fantasy elements with Nancy’s daily life. I had always wanted to do a contemporary show.”

Mitchell says the fantasy elements of the property made it a great candidate to become an animated series. He also mentions that story editor Krista Tucker (Sheriff Callie’s Wild West, The Lion Guard) has developed and written scripts for the series that are both very funny and insightful.  He adds, “The characters have evolved for TV, and it’s really a great situation comedy. It’s been a perfect fit and a real pleasure to do this show.”

Remarkably, Fancy Nancy was already renewed for a second season in early June, weeks before its debut. As Nancy Kanter, Exec VP of Content & Creative Strategy, Disney Channels Worldwide, points out, “Nancy is a relatable, imperfect character who exemplifies the problem-solving power of imagination through the comical situations she gets herself into. We look forward to sharing even more heartfelt stories that showcase Nancy’s creative endeavors and her unwavering belief that she can accomplish her grand ideas while encouraging those around her to do the same.”

Mitchell says he is quite impressed with how the project’s team of artists and technicians have pulled off the job of producing its feature-quality CG animation. “I’ve done over 15 TV shows, and with Special Agent Oso and Sofia the First we really did great work in terms of CG animation at the time, but we’re really dealing with heavy CG animation with Fancy Nancy,” he says. “The challenges we faced have to do with the fact that we wanted to fully represent Nancy’s three different worlds.”

According to the producer, the animation for the series is divided into three visual categories: There is the kids’ reality, which he likens to the Our Gang comedy classics. “This is the full on reality world, where you have real architecture, cars, buildings in CG animation,” he notes. “Then, there is the augmented reality world of Nancy, where her imagination augments her world — when she is making an ice-cream cart or opening a business.”

The third type of animation pays direct homage to the original book illustrations. “We have Nancy as a 3D character against 2D components and characters, all based on her fantasies. It’s a collage of different styles, which really fulfills her character’s dreams.”

Helping the team at Disney is the Korean animation studio Toiion, which also worked with Mitchell on Sofia the First. The studio uses a very complicated Maya-based animation pipeline to deliver the overall look of the show. “We are really pushing into feature animation territory with all the textures, accessories and costuming involved. We’ve designed 50 costumes for the first season alone. Nancy loves to dress up, so it’s part of our mandate for the show to tell her story correctly.”

To understand the animation’s level of sophistication, keep in mind that the animators use 236 different groups for the character’s hair alone. The facial rigs are also extremely complicated because they have to fully deliver the characters’ lifelike expressions. “We really get a full breadth of emotional state, and I think we’ve really broken interesting boundaries in terms of CG animation for a TV series,” notes Mitchell.

The decision to make the series’ environment steeped in reality put a lot of pressure on the design and animation team.“Usually, you can be more cartoony in animation, but in this series, we didn’t have that latitude in our cartoon license,” says Mitchell. “My  domestic team kept asking me ‘Why do you make shows that are always so hard to make?’ It’s because we want to transport our audience to an environment that they can relate to, but we also need to create a fantasy world. So that takes a lot of skill and a lot of time.”

Easter Egg hunters should also keep an eye on the drawings Nancy puts on her bedroom wall. “All the things that she draws come to life in her fantasy sequences,” reveals Mitchell. “So if she has drawn a Parisian model, for example, you will see that character in her fantasies. Creating that symmetry is another fun aspects of the show. Nothing is arbitrary, and there are going to be lots of Easter Eggs. I’ll just leave it at that!”

All the Right Ingredients

In addition, music plays a pivotal role on the show, with almost every episode featuring new original songs by Matthew Tishler and TJ Hill in musical styles ranging from pop and jazz to big band, classical and swing.

Looking at the overall experience, Mitchell says he loves the fact that that the show centers on a character who has such a great zest for life. “She really bends reality to her will,” he notes. “Yes, she is a flawed character and makes mistakes in almost every episode, but she learns from her mistakes.”

Mitchell says one of the great pleasures of the show is just watching Nancy and her friends having funny conversations about their world. “I live it when they sit around and have a philosophical conversation about whether the Easter Bunny is a boy or a girl, or what is the best way to reach the character!” he notes. “Then, there is the adventure aspect of the show, where she figures out the different challenges. But one of the biggest joys for me are the small, relatable backyard moments.”

Like many of Disney’s other shows, Fancy Nancy is set in a multicultural and diverse community. Her best friend is African American, and her cousin has a Korean mom and a white dad (voiced by Mitchell himself). “Just like America, Nancy’s world is a multicultural one. We wanted everyone to be represented.”

Wrapping up the interview, Mitchell says he hopes that young viewers will learn a few important lessons from the show. “We want them to feel free to express themselves artistically and be themselves in a powerful way,” he shares. “I hope they will be inspired by Nancy when they see what she accomplishes in every episode. The focus in not on material goods. It’s about taking the smallest items and using the artistic imagination to create something interesting.”

Fancy Nancy premieres on Disney Junior and the DisneyNOW app on July 13. 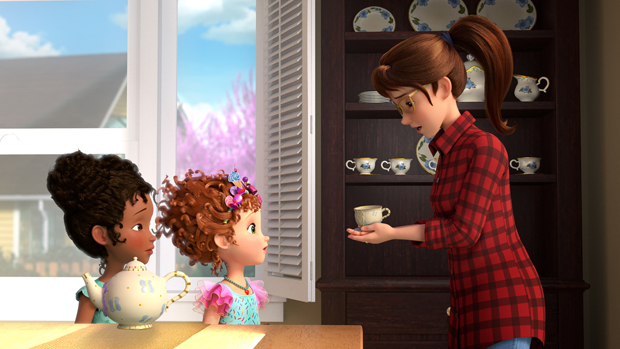 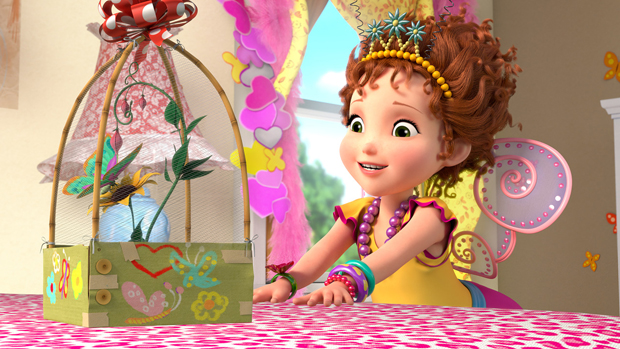 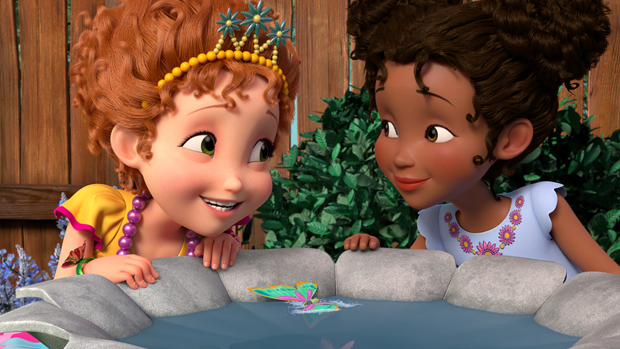 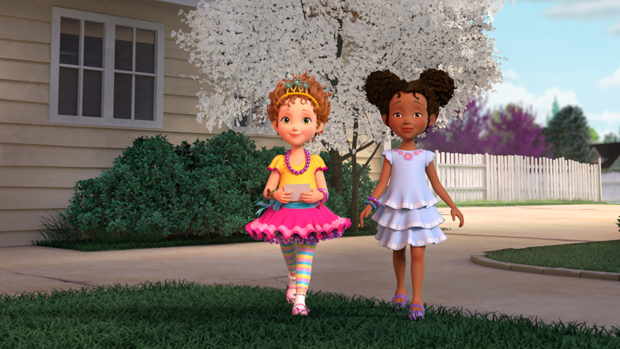 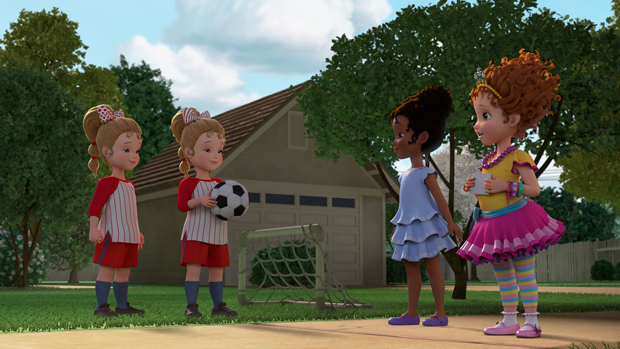