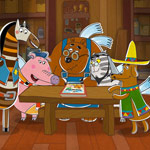 London-based Media IM has secured a raft of sales for two of its key animated properties, Rosa & Dara and Their Great Adventures from Bionaut Animation and Kredenc in Czech Republic, and Flying Animals from Russia’s DA studio.

Rosa & Dara and Their Great Adventures is 26-minute adventure-fantasy special for kids 6-8 which follows a pair of seven-year-old twins whose mission is to save the world from the exploits of their naught dog, Laiko. The special has been picked up by pubcasters RTP (Portugal) and YLE (Finland), and by Folimage for theatrical and DVD distribuion in France and French-speaking Europe.

Flying Animals (40 x 6’30”; kids 6-9) is a fantasy-comedy set in a country of musical animals who are rewarded with wings when they try to change their lives for the better. The series has also been picked up by RTP, and currently airs on seven channels and online services across Russia including Carousel and Moolt.

The concept for Flying Animals was born out of DA’s community activities working with young cancer patients and teaching them how to make cartoons. Last year, Media IM teamed with UK-based charity Hope for Children, pledging to donate th show’s distribution profits to the “Your Business, Their Lives” initiative.

AdVita, the charitable foundation behind the Helping Is Easy fund, holds the rights to Flying Animals.

On top of the European deals Sino Media in Beijing has acquired exclusive digital media rights (VOD, SVOD, OTT, IPTV) for mainland China for Rosa & Dara, Flying Animals and spin-off series Kids and Flying Animals, as well as The Bubbles and Robodz.

“We’re making a name for ourselves as animation treasure hunters. We hope to replicate with these two shows what we’ve managed to achieve with the enchanting Sunny Bunnies — that is, to take brilliant, undiscovered IP from less known animation studios and share it with the world,” said Media IM co-founder Maria Ufland. “For us, the first sale of Flying Animals is a real milestone. Not only is the show powered by passion, but every penny goes to Hope For Children and Helping is Easy charities. We’re over the moon that RTP and Sino Media share our enthusiasm for the project.” 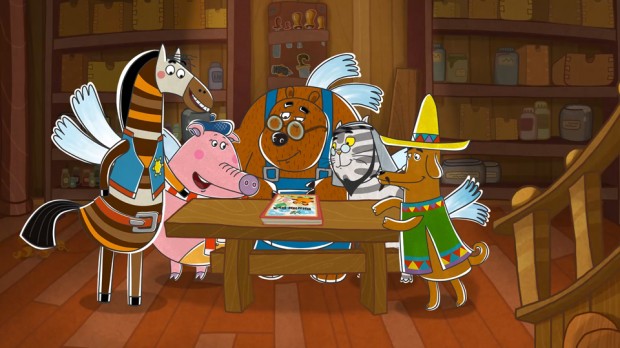