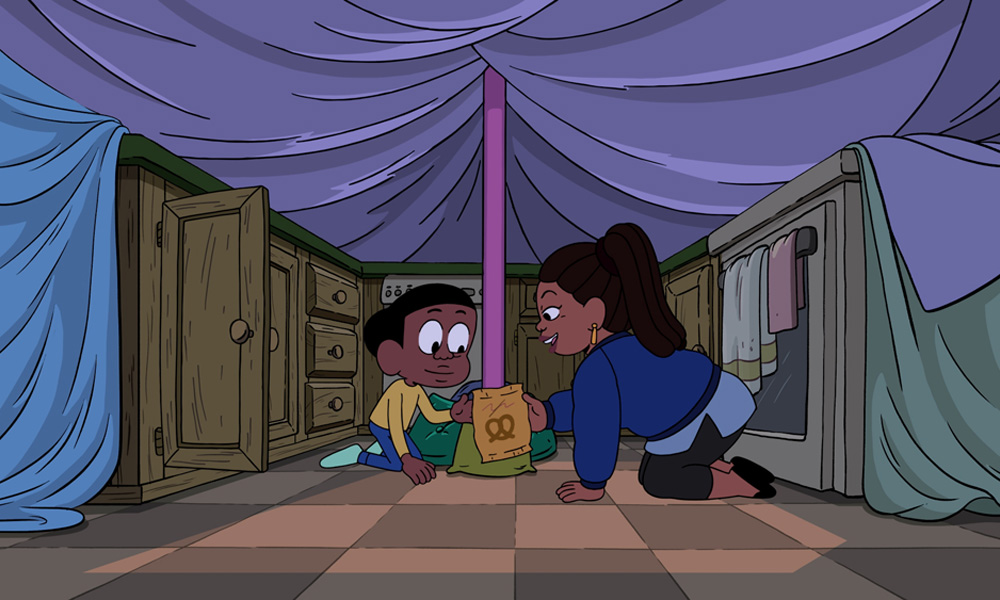 Cartoon Network’s newest animated supernatural comedy Victor and Valentino continues in the month of May with new episodes premiering every Saturday at 9:30 a.m. (ET/PT). The adventures kick off Saturday, May 4 with “The Collector,” in which Valentino makes a questionable deal with a mysterious force in order to replace one of his prized possessions.

Hilarity ensues every Monday night with premieres of fan-favorite series including TOTAL DRAMARAMA, Teen Titans Go!, The Amazing World of Gumball and We Bare Bears. Sundays are also stacked with new episodes from The Powerpuff Girls, DC Super Hero Girls and OK K.O.! Let’s Be Heroes.

Fans are also invited to celebrate moms this month with special Mother’s Day-themed episodes of Craig of the Creek, TOTAL DRAMARAMA and OK K.O.! Let’s Be Heroes.

7 a.m. (ET/PT) Bakugan: Battle Planet “High Flying/Backfire Brawl” While escorting the Mind Core Cell to AAAnimus Campus the AO are attacked by Masato Kazami and his Body Guards. Then, Philomena’s attempt to refocus the Mind Core Cell’s power backfires and the AO must fight their fellow employees.

9:30 a.m. (ET/PT) Victor and Valentino “The Collector” When Vic accidentally loses one of Val’s prized coins Val makes a deal with a mysterious antiques collector to replace it, but the deal has terrible consequences.

6:30 a.m. (ET/PT) Mega Man: Fully Charged “A Man Man for All Seasons” When a run-in with the Hoover Gang leaves Aki unable to transform into Mega Man, he must don a cheap costume and enlist the unlikeliest of sidekicks, Man Man!

“The Donnyest Game” With Man-Boy on the loose, Donny must be prepared for anything.

5 p.m. (ET/PT) TOTAL DRAMARAMA “Mother of All Cards” Chef attempts to trick the kids into making his mother gifts after he forgets Mother’s Day.

6 p.m. (ET/PT) Teen Titans Go! “Don’t Be an Icarus” Robin tries to tell some Greek myths but the other Titans give their own fractured versions instead.

7 p.m. (ET/PT) Amazing World of Gumball “The Future” Banana Joe’s Mom can predict the future, but she can’t predict her own disappearance.

7:30 p.m. (ET/PT) We Bare Bears “Band of Outsiders” A gang of streetwise kids takes Baby Ice Bear under their wing.

7 a.m. (ET/PT) Bakugan: Battle Planet “Hostile Take Over/The Big Bounce” After more unsuccessful attempts to harness Core Cell energy the AO must battle their own Bakugan with AAAnimus tech in order to save them. Then, AO confront Philomena with concerns about her control over the Core Cell energy.

9:30 a.m. (ET/PT) Victor and Valentino “The Boy Who cried Lechuza” After faking an injury to get out of work, Vic gains sympathy from everyone while unknowingly attracting attention from a dangerous mythical creature.

10 a.m. (ET/PT) Craig of the Creek “Fort Williams” When Craig can’t go to the Creek, he and his mom decide to build the biggest blanket fort in the world!

6:30 a.m. (ET/PT) Mega Man: Fully Charged “Change the Charge” Mega Man tries to stop Elec Man by helping him overcome his destructive habits, but is he being duped in the process?

4 p.m. (ET/PT) DC Super Hero Girls “#Beeline” When she stumbles across a villainous plot to blow up a bridge, Bumblebee shies from the challenge of taking on the baddies and reaches out to her friends.

“CarolQuest” Carol is forced to bring KO along as she defends the Plaza from a new threat.

5 p.m. (ET/PT) TOTAL DRAMARAMA “Duncan Disorderly” Duncan escapes during a community walk only to discover he has to babysit Cody and Bridgette.

6 p.m. (ET/PT) Teen Titans Go! “Stockton, CA!” The Titans must find a way to keep all the Jump City residents from moving to Stockton.

7 a.m. (ET/PT) Bakugan: Battle Planet “Awesome vs. AAAnimus” The AO plan on sneaking into AAAnimus and rescuing their Bakugan but are stopped by Benton who offers up an alternate plan. Then, AO team up with Benton Dusk to recapture their stolen Bakugan and free the energy from the Mind Core Cell.

9:30 a.m. (ET/PT) Victor and Valentino “Boss For a Day” When Chata lets Vic be the boss of the taco stand for the day Vic decides to fire Val, which has disastrous consequences.

4 p.m. (ET/PT) DC Super Hero Girls “#SuperWho?” Overwhelmed by the amount of Superman coverage in Metropolis, Supergirl decides to get out there and really show the city what she can do.

“Plaza Alone” It’s KO’s birthday, and Rad and Enid want to make sure everything goes perfectly.

5 p.m. (ET/PT) TOTAL DRAMARAMA “Soother or Later” Duncan finally manages to break out only to realize he’s forgotten his pacifier and needs to break back into the school to get it.

6 p.m. (ET/PT) Teen Titans Go! “What’s Opera, Titans?” Robin surprises the Titans with a trip to the opera but they soon fall asleep, and all dream about starring in their own operas.

7 p.m. (ET/PT) Amazing World of Gumball “The Factory” Gumball and Darwin save the day at the Rainbow Factory.

12 p.m. (ET/PT) Mega Man: Fully Charged “Panic in the Lighthouse” When Chaotique breaks into Dr. Light’s lab, Mega Man must shut down his frenemy and the lab’s defenses before either of them gets destroyed!

12 p.m. (ET/PT) Mega Man: Fully Charged “The Gauntlet Part 1” Lord Obsidian unites the Robot Masters against Mega Man and his family for an epic showdown at the Lighthouse.

12 p.m. (ET/PT) Mega Man: Fully Charged “The Gauntlet Part 2” As Dr. Light and Suna turn the Robot Masters against each other, Mega Man defeats and unmasks his arch nemeses, Lord Obsidian, who turns out to be Sgt. Night in disguise.

9:30 a.m. (ET/PT) Victor and Valentino “Cuddle Monster” After being told by Chata that they can’t get a pet, Vic & Val adopt a wild lizard, unaware of its magical properties, and decide to keep it secret from Chata.

4 p.m. (ET/PT) DC Super Hero Girls “#ShockItToMe” Leslie Willis, the meanest girl in school, becomes a social media sensation by posting mean-spirited videos on her MetropoVids channel, causing Wonder Woman to question the moral integrity of the people who live in the World of Man.

“All in the Villainy” KO, Rad and Enid are confused to find the villains are more interested in battling each other than them.

5 p.m. (ET/PT) TOTAL DRAMARAMA “Camping Is in Tents” A class camping trip turns into a treasure hunt while Harold is determined to catch Bigfoot and keep everyone safe.

6 p.m. (ET/PT) Teen Titans Go! “Forest Pirates” The Titans are at Super Hero Summer Camp for the week and they may need to add another teammate to win the big canoe race. 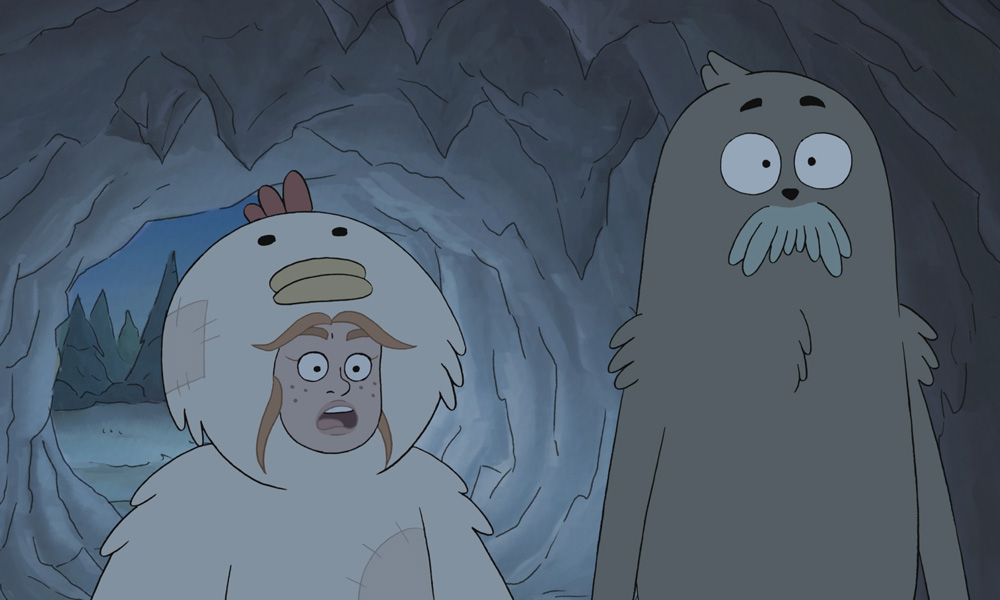 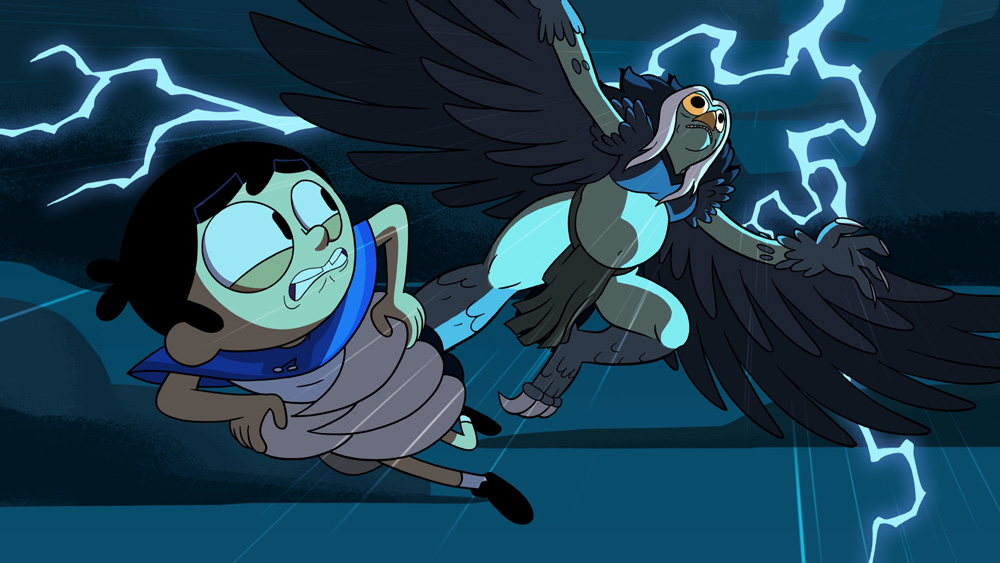 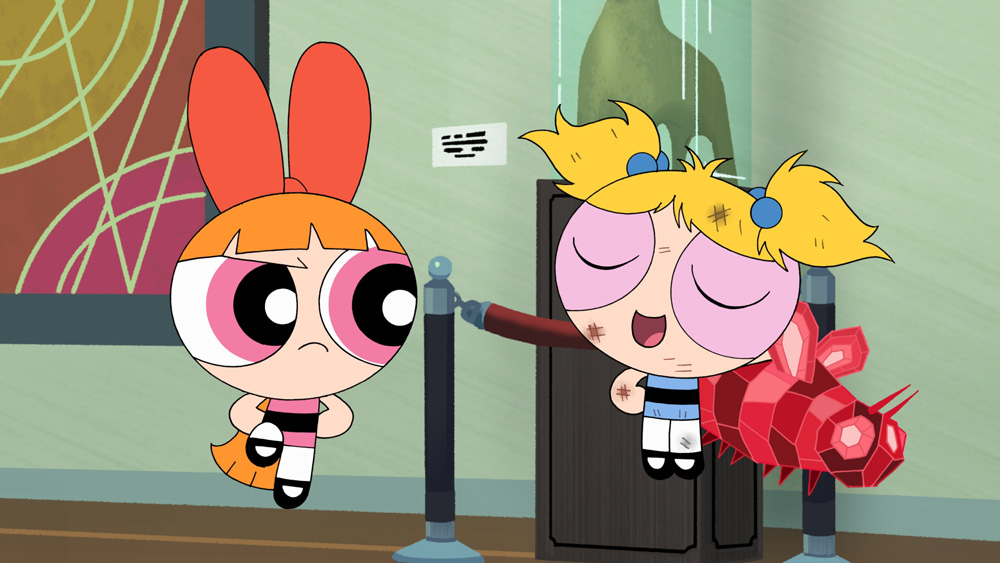 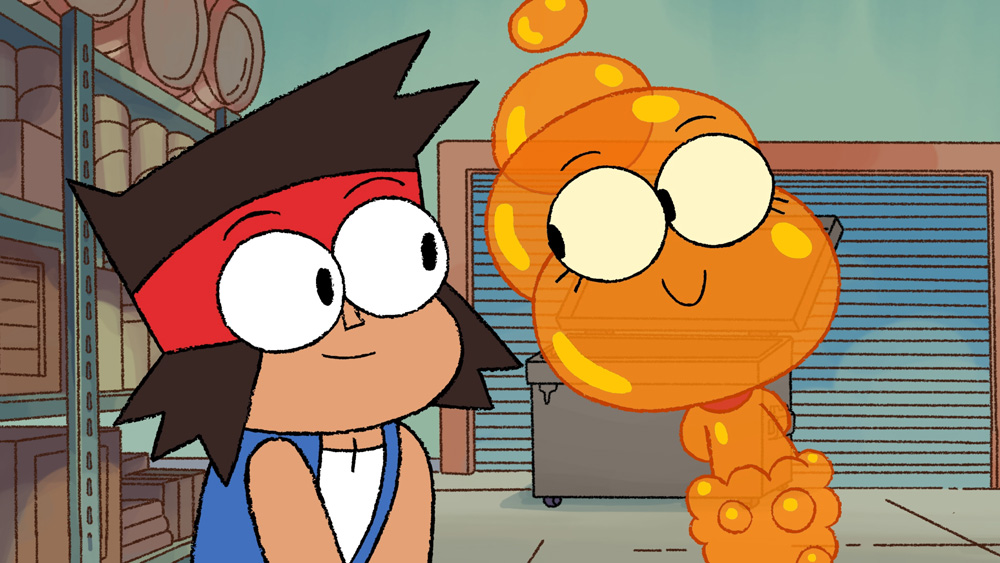 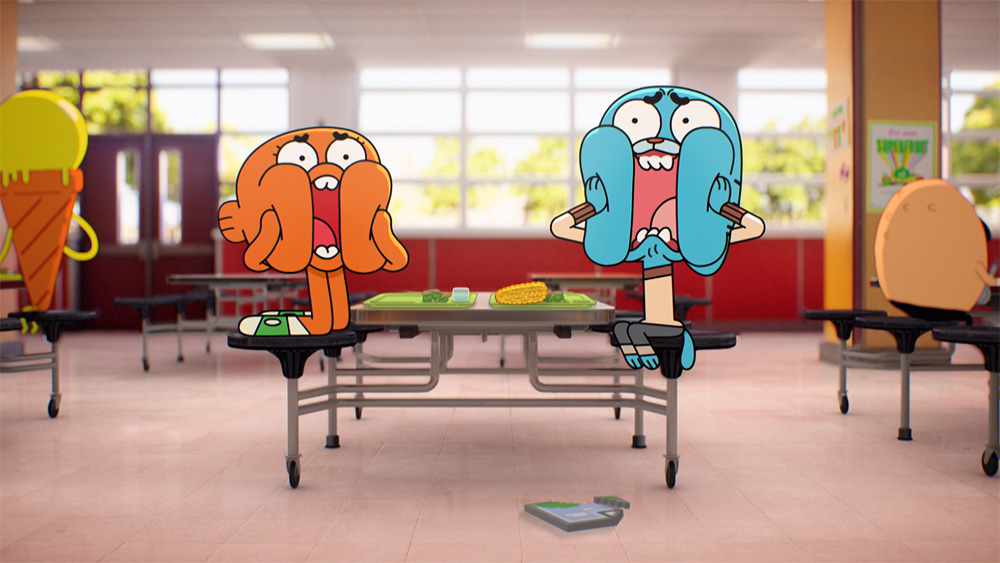