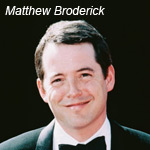 Bueller is going to hang with Finn and Jake! Actor Matthew Broderick (Bee Movie, Ferris Bueller’s Day Off) will play The Dream Warrior, a new character to be featured in an upcoming episode of Cartoon Network’s hit animated series Adventure Time. The special episode, “Who Would Win,” is slated to premiere on Monday, September 3 at 7:30 p.m. (ET/PT) on Cartoon Network.

The Dream Warrior is a used car salesman summoned by series protagonists Finn and Jake in a shared, extraordinary dream to offer advice on defeating a substantial rival.

“I heard about Adventure Time because my son, James, loves it,” says Broderick of the Cartoon Network series, “I like that it doesn’t talk down to anybody.”

Recently nominated for its third Emmy for Outstanding Short-format Animated Program as well as a BAFTA award, Adventure Time has become a genuine ratings and pop culture phenomenon since its April 2010 debut. Throughout the second quarter of 2012, the series was the #1 program on Mondays with all boys on all TV, and #1 in its time period with all kids (2-11, 6-11, 9-14) (Nielsen Media Research). Adventure Time’s current season also features guest voices by Donald Faison, George Takei, Erik Estrada, Andy Milonakis, Emo Phillips, Bobcat Goldthwait and Susie Essman. 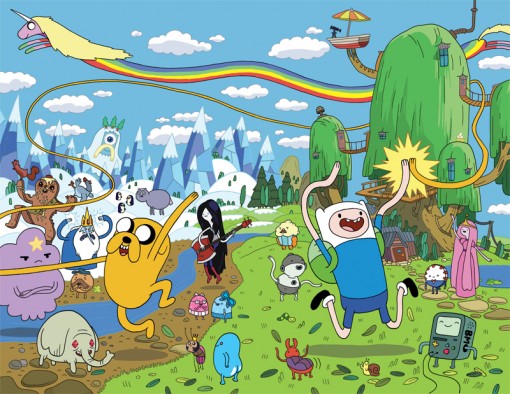