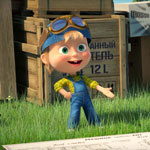 Ink Media has secured a deal that will send the cutely comical adventures of Animaccord’s Masha and the Bear season 3 to top German kids’ channel KiKA. The new season will debut on the nationwide, free-to-air channel on June 18, screening two episodes back-to-back daily at 6 p.m.

“Masha and the Bear is a major hit on KiKA, not only for the kids target group but for an all family audience as well. We are happy to mow be able showing season 3 of this famous animation series,” said Sebastian Debertin, Head of Acquisitions & Co-Productions at KiKA.

KiKA joins a slew of other international broadcasters which have snagged S3 of Masha, which include HBO Europe (all Central Europe and Spain), Minimax, Czeszka TV, TVP Poland, NBCUNI France, Telequebec, France TV, Canal Plus France, KIKA, De Agostini Kid, RTS Switzerland, and Tiny Pop and Cartoonito in the UK.

“Season 3 of Masha and the Bear is spreading across the world and adding to the huge presence of this phenomenally successful franchise,” said INK Group Managing Partner, Claus Tømming. “I’m sure KIKA will do a great job of promoting the show and millions of kids – and adults – across Germany will be very excited come June 18th!”

The infectiously funny tales of a little girl and her reluctant bear friend are now broadcast in almost every country in the world on both pay and free-to-air channels. The show has also spawned two hit spin-offs – Masha’s Tales and Masha’s Spooky Stories – and is a huge YouTube hit. In addition, Masha and the Bear has enjoyed a successful theatrical release across key European markets. 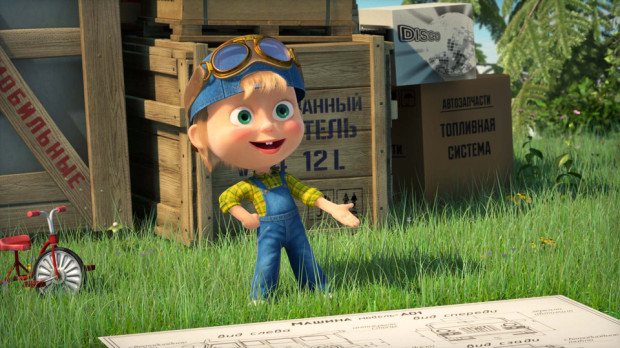