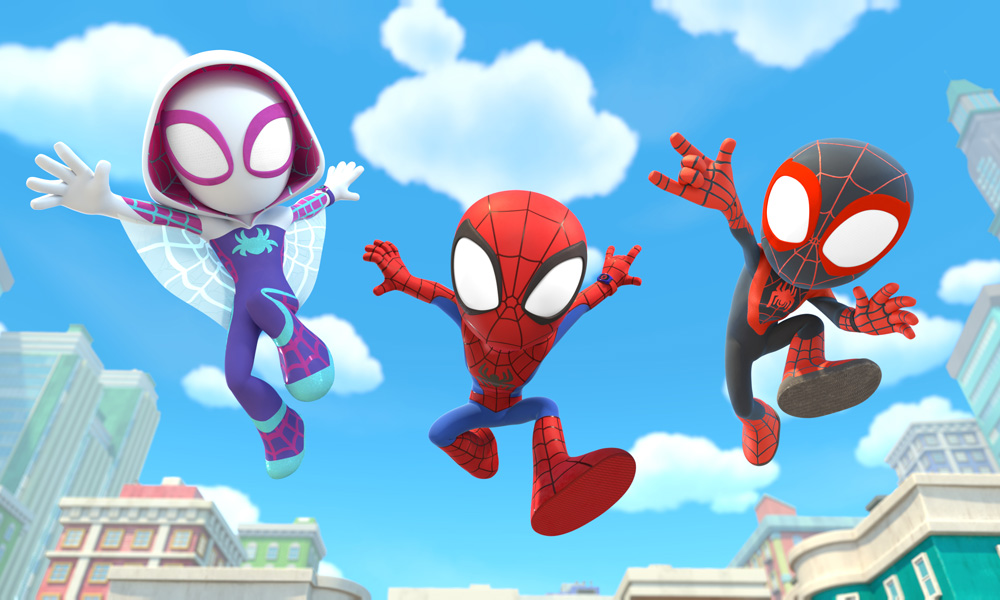 Marvel's Spidey and His Amazing Friends

It’s never too early to introduce young kids to the world of Spider-Man and some of the other Marvel superheroes. That, at least, is what the development folks at Disney were thinking when they greenlit Marvel’s Spidey and his Amazing Friends, a preschool show which centers on the adventures of Peter Parker, Miles Morales, Gwen Stacy and their buddies Hulk, Ms. Marvel and Black Panther.

The show’s exec producer is Harrison Wilcox, whose many credits include Avengers Assemble, Guardians of the Galaxy and Ultimate Spider-Man. “I had just rolled off Black Panther’s Quest and now that I had young kids of my own, I was excited about making a show for them,” he tells us. “What has always drawn me to this job is the opportunity to introduce Marvel characters to the next generation of fans. The show is fun, like laugh-out-loud fun. It’s got that feeling of wonderment from the Marvel and Spider-Man stories I grew up on, plus that joy that Disney and Disney Junior series are known for.” 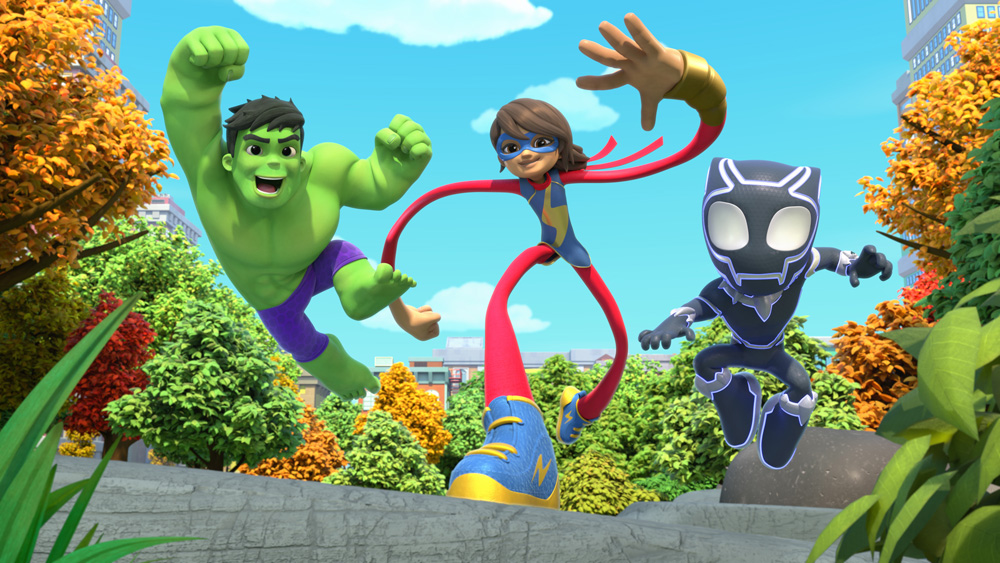 “The show is also my first CG series and the first show I’ve worked on at Marvel where I’ve been involved in every step of the process,” he notes. “I thought the biggest challenge would be in the writers room, tailoring stories to such a young audience. But that wasn’t the case at all. There’s something about Marvel characters, and Spider-Man characters in particular, that works for all ages.”

The Marvel veteran says the show is the result of close collaboration between the writers and the artists. “It’s a creative team with as few barriers as possible. Everyone has their responsibilities, but our writers and our board artists and directors communicate openly throughout the process. We’ll take a good idea from anyone on the team, regardless of their title.”

Canada’s Atomic Cartoons was the animation partner studio for the project. “They’ve done an amazing job and created a vibrant look that fits well with the comic-book roots of the show,” says Wilcox. 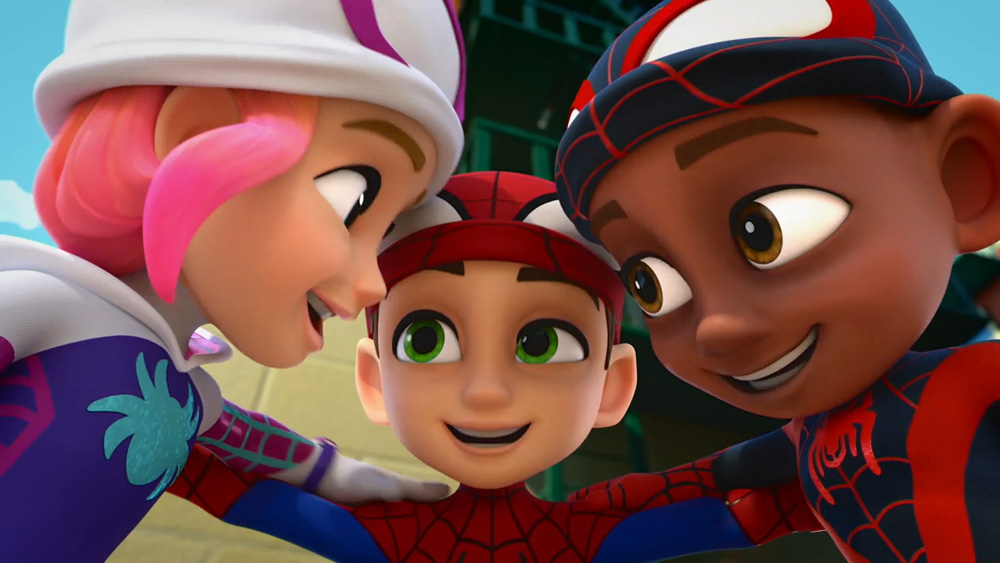 Wilcox adds, “When Spider-Man was created, he was the first superhero that wasn’t an adult. There’s always been a youthful exuberance and relatability to the character. Making a show about a team of Spider characters, Miles, Gwen and Peter, that represent many elements of our audience, was something we leaned into and it felt like a very natural fit. Also, we’ve been lucky to have the very best of partners with Joe D’Ambrosia and Lori Mozilo, our executives at Disney Junior on this project. Lori in particular has been in the trenches with us every day. This show would not be half as good without her expertise with this demographic.” Wilcox says that he and his team all felt very lucky to be making a show that’s meant to bring laughter and joy to young children, especially during such tough times. “That’s definitely been one thing that helps us keep motivated during these work-from-home conditions,” he says. “I hope kids will have fun and find the same joy with these characters that I did when I was a kid.”

When we ask Wilcox to share some words of wisdom about thriving in animation, he responds, “Conan O’Brien, on his last taping of The Tonight Show, said something about how nobody gets exactly what they want in the entertainment business, but if you work hard and are kind, amazing things will happen. As he was saying this, the live-action series I was working on at NBC was cancelled. Not long after, I was offered a job at Marvel to help create animated shows for the next generation of Marvel fans. I had never worked in animation before, but am glad I took the job and was able to be a part of Marvel and Disney for the past decade. So I’ve always taken what Conan said to heart, and tell that story to anyone who asks me this question!”