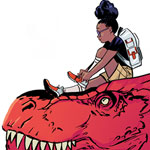 Disney Channels Worldwide has announced an exciting addition to its comic-book animation adaptation lineup with the news that Moon Girl and Devil Dinosaur (working title) is in development, based on the Marvel Comics series introduced in 2016. The series will follow the adventures of nine-year-old super genius Lunella Lafayette, an African American girl who teams up with the crimson carnivore and uses her amazing brain to save the day.

The project comes from Laurence Fishburne and Helen Sugland — exec producers of black-ish and grown-ish — through Cinema Gypsy Productions and Marvel Animation. These studios are producing, with visual development and animation production tackled by Titmouse, Inc. Moon Girl and Devil Dinosaur falls under the overall deal that Fishburne’s Cinema Gypsy has with ABC Studios.

The T. Rex style Devil Dinosaur was created by Jack Kirby and first appeared in a self-titled comic in 1978. Inhabiting the “Dinosaur World,” the creature was originally paired with hominid sidekick Moon Boy. The character continued to pop up through the ‘80s after its initial nine-issue series run. Devil Dinosaur returned in January 2016 to team up with Lunella — a brilliant schoolgirl scientist living in modern day New York who also happens to be a NuHuman. The new “Moon Girl” character was created by Amy Reeder (Madame Xanadu), Brandon Montclare and Natacha Bustos. 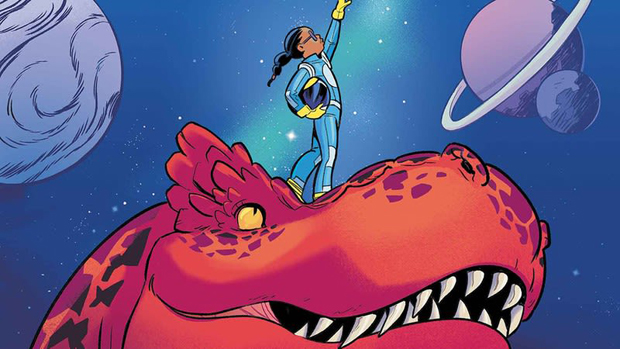 Moon Girl and the Devil Dinosaur 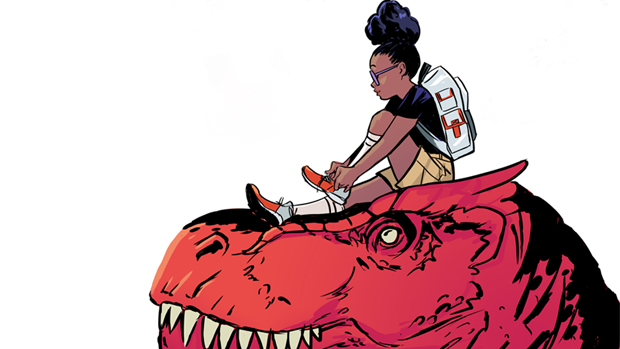 Moon Girl and the Devil Dinosaur

‘White Fang’ Sinks Teeth into Netflix
‘Littlest Pet Shop: A World of Our Own’ Debuts on Discovery Family This Spring