Marathon Media and Spin Master have unveiled the rollout plans for their animated series Redakai: Conquer the Kairu. The 52 x 26 boys action series began airing on Cartoon Network last month and will also be be broadcast on Cartoon Network channel Boing, from September to December. Cartoon Network hold the TV rights across EMEA (excluding France and Spain), the US and Latin America, where the show has already launched and gained ratings on all of its channels.

The innovative Redakai TCG will hit Italian shelves as of October 2012 in key Italian shops across the country. The launch will be supported by a wide array of marketing and events, including Spin Master’s signature in-store demonstrations and game sessions, designed to teach kids the rules and learn to play with their friends. The launch will be supported by a TV campaign focusing on the cards and collectability, as well as highly visible in-store material. Further support will be provided by the newly launched Italian website www.redakai.it, which provides enormous support, instruction, updated information, and fan-based interactivity for the consumer.

“I knew we had a winner with Redakai from the moment I saw the property,” says Daniela Pavone, Spin Master Italy’s general manager. “The combination of an amazing TV series, a robust retail and kiosk program, plus innovative breakthrough technology in every card, will lead to Redakai revolutionizing the way kids play with trading card games.”

Redakai: Conquer the Kairu is already airing on Cartoon Network (US, EMEA, LatAm), CITV UK, Gulli and Canal J France, Panda Biggs Portugal, and YTV Canada. The TCG has been successfully launched in the US, UK, Canada, and France, and will hit the shelves in German Speaking Territories, Benelux, and Portugal this September, with Spain and Greece following thereafter. 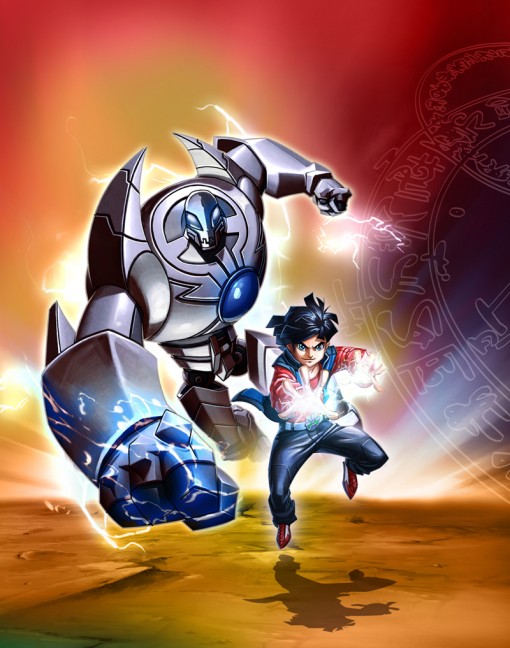 Based on an original concept, Redakai is a co-production between Marathon Media, part of Zodiak Kids, and Spin Master. Zodiak Kids CP Paris hold the global TV and licensing rights excluding North America, which are held by Spin Master, along with all toy rights. In addition to TV rights in the US, Latin America and EMEA (excl. France and Spain), Turner CN Enterprises is the exclusive licensing agent for EMEA (excluding France) while Cartoon Network Enterprises is the agent in the US and Latin America. For more info, visit www.redakai.com.