Marathon Media and Spin Master’s Redakai: Conquer the Kairu (52 x 26’) is hitting some high notes on French youth and family broadcaster Gulli and the U.K.’s CITV, while TV and DVD sales continue to grow across Europe.

In France, Redakai debuted on top kids broadcasters Canal J in 2011 followed by Gulli in February 2012, where it currently airs five times a week. Redakai is now Gulli’s top show overall with an average of almost 400,000 total viewers, and ratings of 28% among its core target of 4-10 year olds.

Redakai has shown similar results on top U.K. kids broadcaster CITV amongst 4-15 year olds: in the month of September, viewership increased by 89% (versus the previous airings of the show in June) obtaining an average of 50,000 per episode, with a peak viewing of 83,100. Redakai also airs on Cartoon Network U.K. where it debuted last February; Turner CN Enterprises are the exclusive licensing agent in the territory.

The show has been recently picked up by Disney XD (Benelux) and made DVD sales to MSZ (Poland and Romania). The series has already been sold to broadcasters across the globe including Cartoon Network (U.S., EMEA, Latin Am), Panda Biggs (Portugal), YTV (Canada), Network Ten (Australia), Disney (India and SEA), DR Ramasjang (Denmark) and JEI (Korea), among others.

Redakai is a 52 x 26 min co-production between Marathon Media, part of Zodiak Kids, and Spin Master aimed at 6-10 year old boys, in partnership with Gulli and Canal J. The series revolves around Ky, a 15-year-old student of ancient martial arts, who embarks on an epic quest to find the Kairu, a primordial alien energy source. Aided by his friends Maya and Boomer, Ky travels the world searching for the Kairu, while attempting to make sure that his extraterrestrial teenage alien adversaries don’t find it first 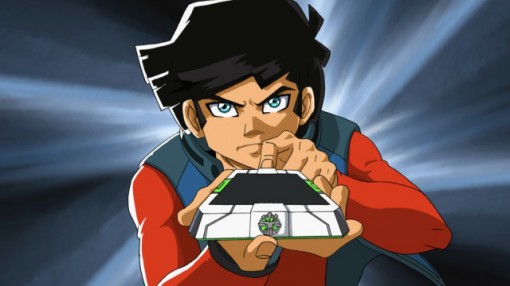