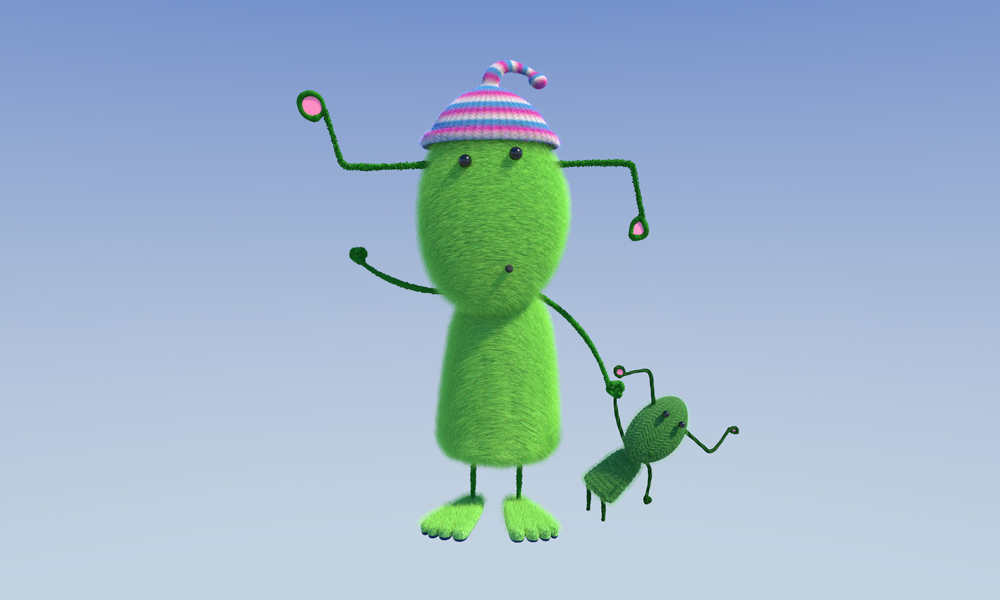 The 10 x 3′ series is created, written and directed by TV and theater director Sacha Kyle (Glasgow), with animators Once Were Farmers (Stirling) and Maramedia delivering the show with exec producer Simon Parsons. Giles Lamb is series composer, and Will Adams handles 3D animation. Julia Bond is the Commissioning Editor for BBC.

“Hushabye Lullabye has been created to incorporate the powerful benefits of lullabies in a way which is both loving and playful, and I am passionate about bringing the tradition of lullabies to contemporary early years’ audiences,” said Kyle.

Cuddly, quirky and music-filled, Hushabye Lullabye follows loveable little alien Dillie Dally as he climbs aboard the Hushabye Rocket on an interactive and relaxing musical journey of exploration and discovery to Planet Dream, a wonderfully soft and cozy place. The soothing power of lullabies is charming and totally captivating.

“We’re thrilled to be in production on this exciting new animation series. The magical and enchanting world of Hushabye Lullabye brings lullabies, and the connections created by them, to our young audience and the grown-ups in their lives,” said BBC’s Bond.

Maramedia, co-founded by Nigel Pope and Jackie Savery, was joined by former head of BBC Scotland children’s production Simon Parsons to expand their children’s output for its Marakids brand.

“We are delighted to be embarking on our first preschool children’s animation series, an exciting addition to Marakids following the launch of previous series Gudrun the Viking Princess for CBeebies,” added Pope.

“Once Were Farmers are thrilled to be part of this charming CBeebies commission. We’ve really enjoyed helping Sacha realise her vision for Hushabye Lullabye and think young audiences will love the unique and tactile style of animation,” said Will Adams, Director, Once Were Farmers.