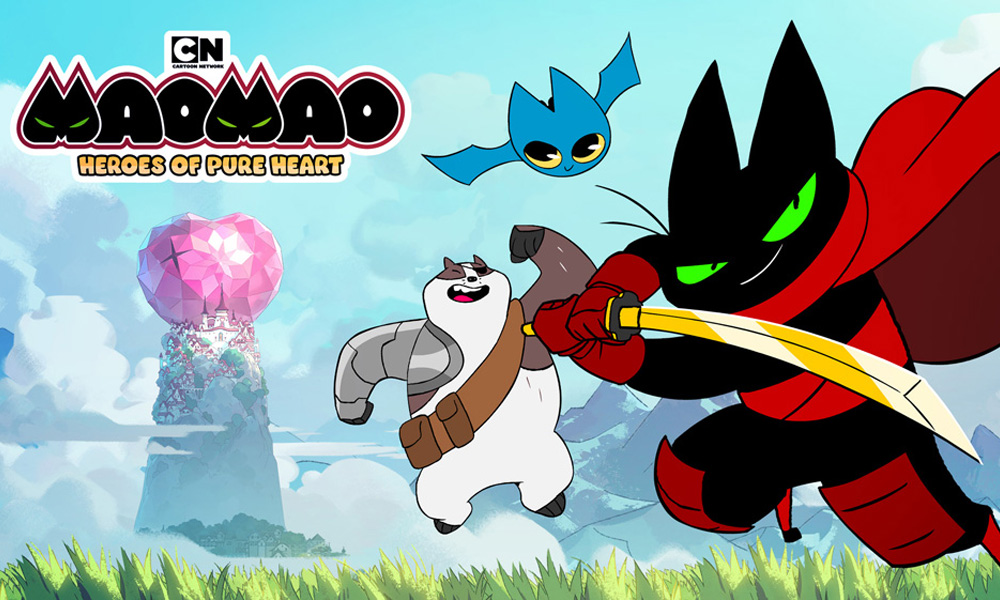 Mao Mao, Heroes of Pure Heart is created by Parker Simmons and is described as a high-octane ride that follows a crime-fighting samurai cat and his faithful sidekicks. The show will follow Sheriff Mao Mao, the explosive loner and famous hero, Badgerclops, the lovable oaf, and Adorabat, the adorable sidekick, who work together to bring justice and peace to the people of the valley. A sneak peek unlocks today on the CN App and On Demand, with a second on Monday, June 3. Leading into premiere, eight new episodes will become available Friday, June 28. The series will make its official debut on Monday, July 1 (6:10PM ET/PT) on Cartoon Network, with new episodes continuing to premiere Mondays through summer. Mao Mao, Heroes of Pure Heart is produced by Cartoon Network Studios and Titmouse Studios.

Tig N’ Seek is a lighthearted mystery-filled show about a young sleuth and his feline partner created by Myke Chilian. The show centers on 8-year-old Tiggy and his gadget-building cat, Gweeseek, as they search for the lost items of Wee Gee City. With Tiggy’s cheerful attitude and Gweeseek’s exceptional inventing capabilities, the duo humorously navigates day-to-day dilemmas at the Department of Lost and Found. Tig N’Seek will debut in 2020.

The cabler also announced that Julia Pott’s whimsical and acclaimed show Summer Camp Island will also get a sophomore season, and George Gendi’s buddy comedy Apple & Onion is also returning with a full season order. These shows were piloted as part of the studio’s global Artists Program known for nurturing a new generation of creators and developing a pipeline of critically acclaimed work.

Summer Camp Island returns Sunday, June 23 (12:00PM ET/PT) with new episodes on as the magical journey picks up to follow best friends Oscar and Hedgehog as they learn to explore the unknown while embarking on more mystical adventures. In the second season, scheduled for later in the year, magical mysteries reveal themselves for Oscar and Hedgehog to investigate.  On their journey, they uncover new worlds within the island where they meet elves, sasquatches, giants, monsters under the bed, aliens, yetis, and of course, teenage witches. Previous episodes can be seen now on the CN App and On Demand.

Apple & Onion is slated to return this fall featuring YouTube star Timothy DeLaGhetto, The Great British Bake Off’s Sue Perkins, and more. The series will continue to tell stories of best friends Apple and Onion as they experience big city living with their menagerie of anthropomorphic food friends. Catch up on the first run of Apple & Onion now on the CN App and On Demand. 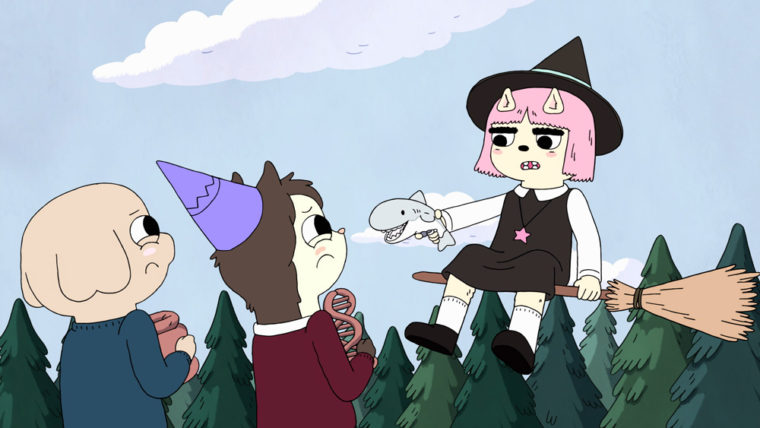 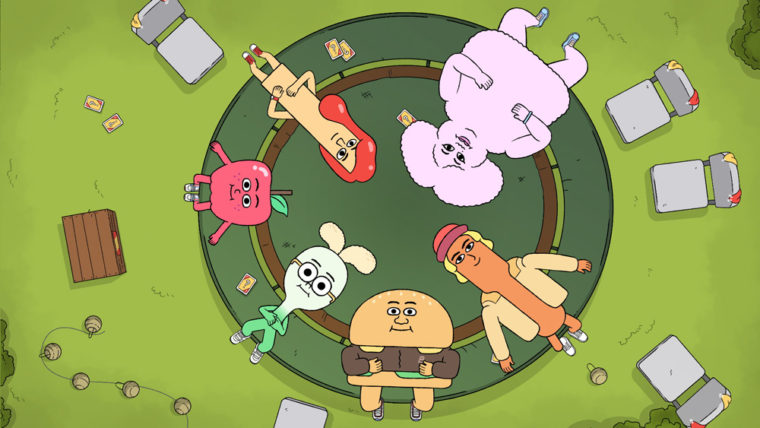