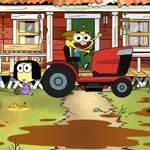 When brothers Shane and Chris Houghton were growing up in St. Johns, Michigan, they were used to living a simple life surrounded with dirt roads, corn fields and lots of animals. Years later, when they moved to Los Angeles, they experienced a bit of a culture shock. Now, the talented comic-book artists and animation producers have put some of their own experiences into a new show called Big City Greens, which premieres this month on Disney Channel.

The 2D-animated series, which is exec produced by Emmy-winning animation veteran Rob Renzetti (Gravity Falls, My Life as a Teenage Robot), follows the trials of a mischievous country boy named Cricket Green who moves to the big city with his sister, Tilly.

“I hope viewers can relate to our characters’ dreams and situations,” says Shane. “Kids can feel like an outsider and alone at some stage in their lives. We wanted to highlight the importance of family and an extended community. You just have to go out there and meet people, and things won’t always be new and unfamiliar to you.”

Chris chimes in: “Moving from a small town to a big city was equal parts terrifying and exhilarating for us. You have so many places to go and people to meet. Change can be scary, but it also gives you an opportunity to grow and learn, and that’s what we wanted to bring to the show.”

Chris and Shane were working on the Nickelodeon series Harvey Beaks when they started to think about ideas for Big City Greens. That’s where they developed a fondness for storyboard-driven toons. “We have a small writers room at Disney, where the writers lay down the foundation and outlines for each episode,” says Chris. “Then we work closely with several storyboard teams, and they inject the show with so much creativity. It’s a very collaborative process, and each story is really a living organism that evolves with each take.”

The brothers, who are also known for creating the popular comic-book series Reed Gunther (featuring the burly grizzly bear-riding cowboy), tell us that working on an animated Disney show is a lot like working on a comic book. “You just have a much bigger budget,” says Chris. “The writing is always the hardest part. We really like character-driven stories and try to pack in a lot of story in each 11-minute segment. Most important, we try to make it heartfelt and true. It’s important to say a little something about life or family, and that makes it a tall order.”

The Houghtons look back at their childhoods in Michigan quite fondly. “We didn’t have cable growing up, but we did have the Disney afternoon block,” says Shane. “DuckTales, Darkwing Duck, TaleSpin, Rescue Rangers… and of course, comic books, anything from superheroes to Archie, Calvin and Hobbes and FoxTrot. The Simpsons and Family Guy were also big influences. We’d also go to our grandparent’s home, and they had cable, so we’d watch whatever came on. Sometimes, we’d even try to follow the animated shows that were on the Spanish-language channels.”

Exec producer Rob Renzetti, who worked with the Houghtons on Gravity Falls and collaborated on the Gravity Falls book with them, says he was happy to come back to Disney to help shape the new series.

“I always look for projects that feel like the creator is in the show — that there’s something personal in them,” says the Renzetti. “This show reflects who the Houghton brothers are and it has a lot about their own personal experiences. I  also like how they treat their characters on the series. They never make fun of them or depict them as simple because they’re from the country. In the show, we celebrate people from all backgrounds, whether they’re from cities or small towns.”

Renzetti praises the show for being “nice and cartoony, without being over the top.” He explains: “The characters are grounded, and the normal laws of physics apply to them, so they’re not like the cartoons from the ‘40s. They are very appealing, and a lot of fun to draw. They also have yellow skin, which makes them resemble The Simpsons characters.”

The look of Big City Greens also echoes some of the brothers’ favorites. “We are big fans of The Muppets,” says Shane. “Chris came up with the look of the show, and you can see the googly-eyed Muppet feel, the bright colors that stand out against the washed-up blues and greys of the city.”

Renzetti says he is having fun exploring all the various characters of Big City Green with the Houghtons. “We spent a couple of months of development with the writers, so all the characters were pretty well drawn out when we started,” Renzetti says. “It’s always fun to see how they’re going to interact with each other. I was really happy with how prominent Tilly turned out to be. She is a true equal partner to Cricket, and she’s quickly become one of our favorite characters on the series.”

Renzetti, whose animation career goes back to the days of 2 Stupid Dogs and Dexter’s Laboratory in the early 1990s, says it’s great to be working on a 2D, storyboard-driven show. “There was a time when people thought TV animation and 2D would become extinct, but now we have a show that is not Flash-animated and is still hand-drawn overseas. We have new, younger creators who appreciate that look, which we also had on Gravity Falls. It’s exciting to have this new crop of young creators and animators that keep that look alive.”

The Houghtons also absorbed a lot from Gravity Falls and Harvey Beaks in terms of stylistic influences. “The animation is initially done fully on paper,” says Chris. “We really wanted the show to have that homemade look to it. The production and coloring is then done in Toon Boom Harmony in Korea by Rough Draft and Sugarcube Animation Studio.

Before we finish our chat, the Houghtons leave us with a few words of wisdom about succeeding in animation. “You should always be making stuff,” says Shane. “Chris and I were always working on projects together. We were in band together. We did plays together … We made comics and wrote TV pilots together. We were always making things. You learn from your past mistakes, and you get better. Anyone who wants to go into a creative field should just start making stuff today!”

Big City Greens premieres on The Disney Channel on Monday, June 18, with a week of new episodes daily. After the debut week, new episodes will premiere throughout the summer on Monday and Wednesday mornings at 10:00 a.m. EDT / PDT 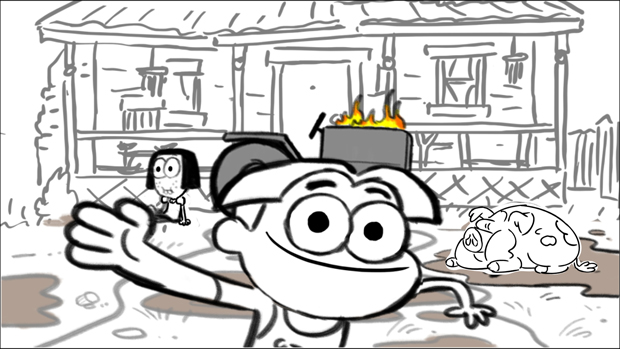 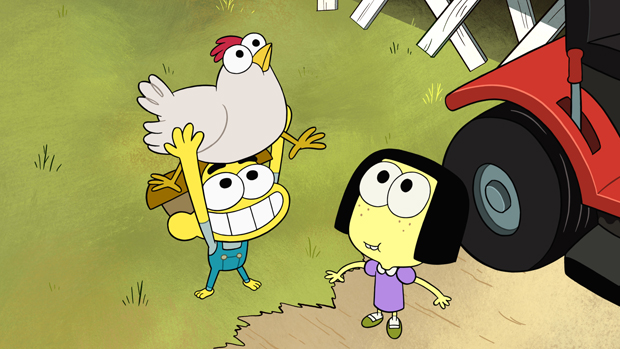 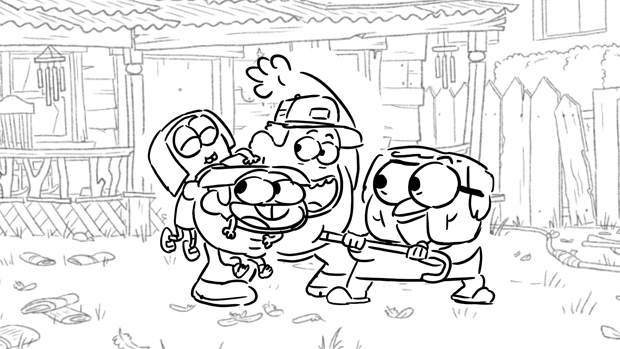 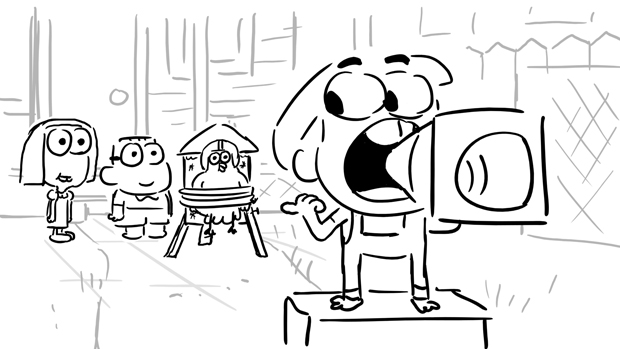 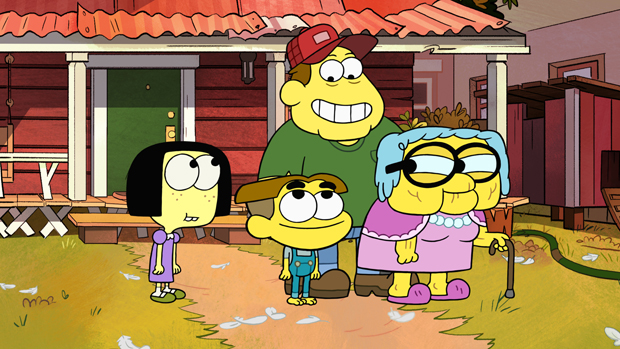 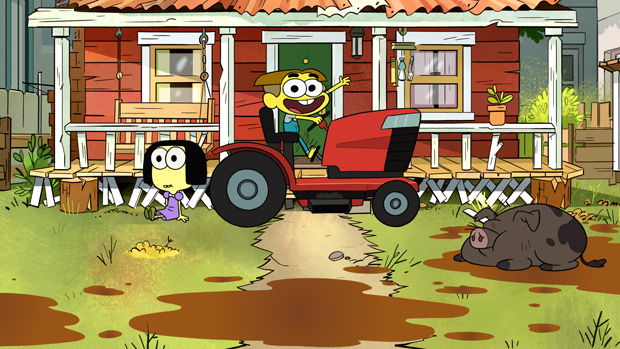 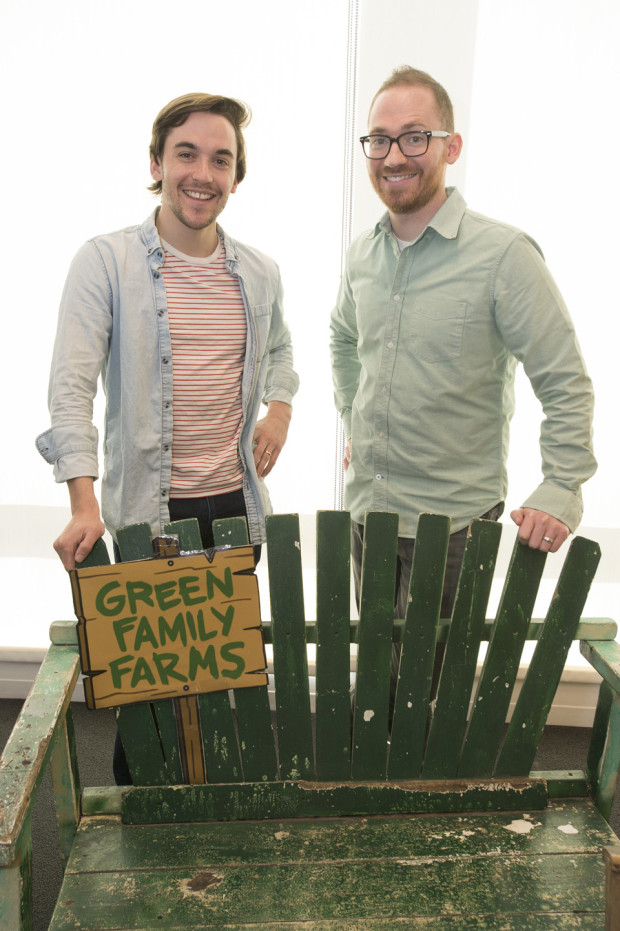 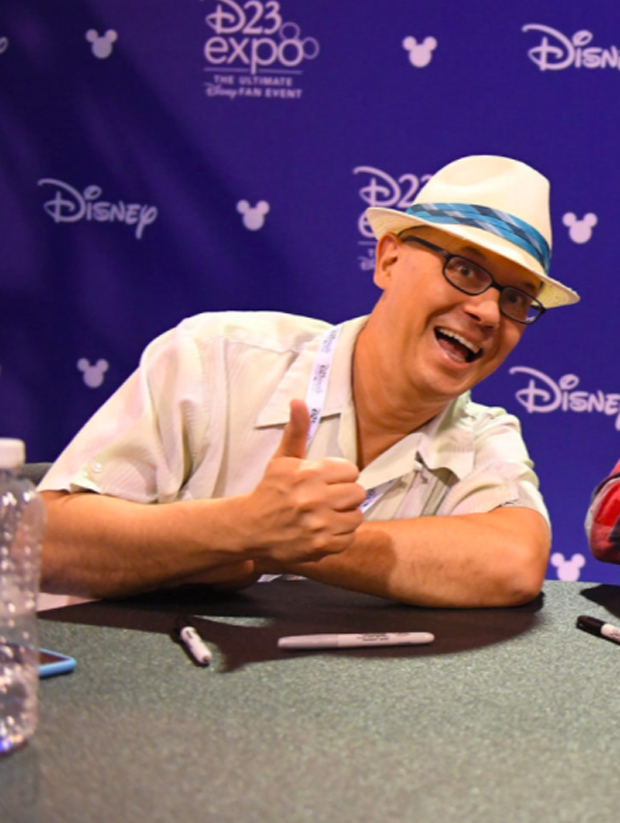