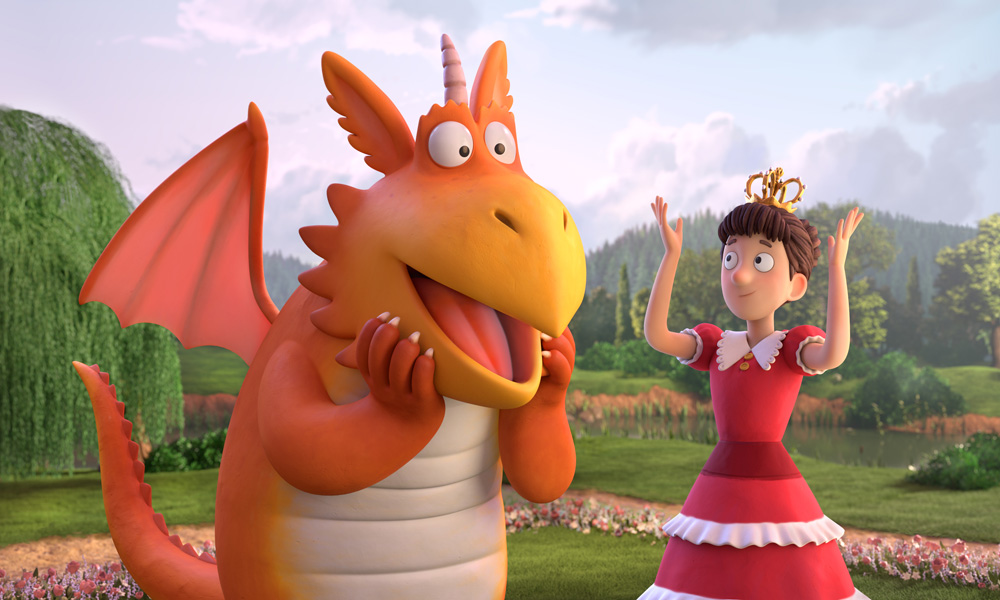 Oscar-nominated studio Magic Light Pictures (The Highway Rat, Revolting Rhymes, The Gruffalo) announces a raft of sales for its 2018 half-hour Christmas special Zog to major broadcasters across Europe, in Australia and Japan.

Michael Rose, co-founder of Magic Light, said, “We are delighted that our lovable dragon Zog and his adventures have caught the imagination of so many broadcasters internationally, and thrilled that he will be entertaining families right around the globe.”

The hilarious and heartwarming adaptation of Julia Donaldson and Axel Scheffler’s storybook adventure premiered on BBC One as the day’s fourth highest-rated program with 8.8 million viewers (including repeat). Zog enjoyed the highest share of any programme in the week 24-30 December in the U.K. (per Broadcast).

In addition to the film, a bespoke range of Zog consumer products has launched. The range includes fun plush from Aurora; clothing and accessories from FatFace; as well as apparel with long-term direct-to-retail partner Sainsbury’s Tu; dress up from VMC; calendars from teNeues and personalised products from Star Editions, available at www.gruffaloshop.com.

Magic Light is currently in production for a new animation for Christmas 2019, again for BBC One and ZDF: The Snail and the Whale, another delightful tale of adventure and friendship from the award-winning author team of Donaldson and Scheffler. It follows the amazing journey of a tiny snail who longs to see the world and manages to hitch a ride on the tail of a great humpback whale.