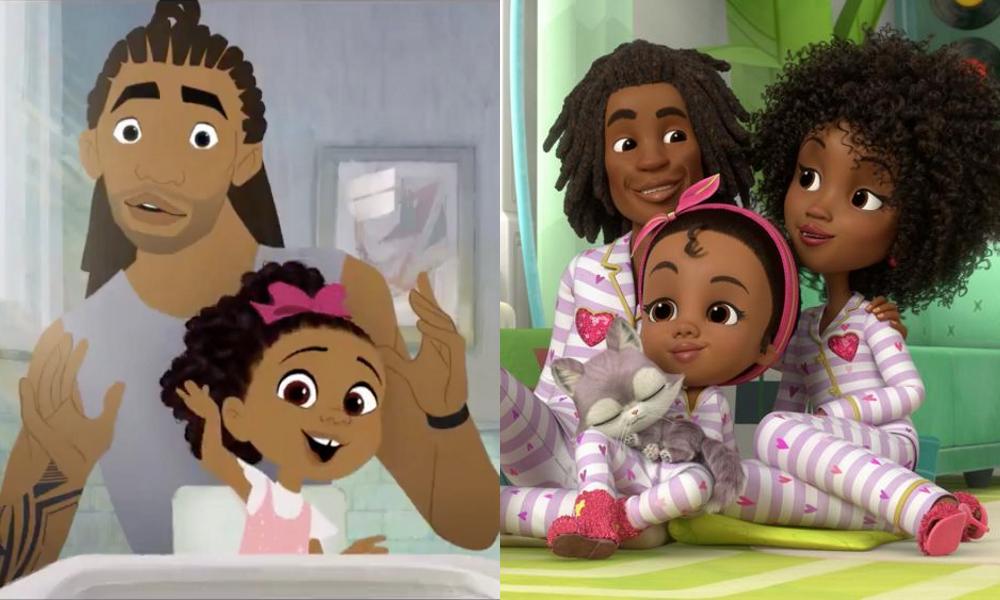 Hair Love / Made by Maddie

***UPDATE Sept. 4: Nickelodeon removes Made by Maddie from schedule; article updated with statement from Nickelodeon.

In what should have been a positive moment for onscreen diversity in animation, Nick Jr. revealed its new CG-animated preschool series Made By Maddie on Monday — which centers on a young Black girl who uses her love of fashion to solve problems — but fans online instead felt like they were seeing double. Twitter users quickly pointed out the similarity of Maddie and her family’s character designs to Matthew A. Cherry’s acclaimed, Oscar-winning 2D short Hair Love, which started with a groundswell Kickstarter campaign and is now being turned into its own series for HBO Max.

While the short and upcoming Young Love series are thematically different from the Nick Jr. series, which is created by kids’ content veteran Paula Rosenthal and produced by Silvergate Media (The Octonauts, Sunny Day), the characters bear striking similarities. Both families comprise a little daughter wearing her hair in an updo with a pink accessory, a mom with natural curls and a dad with dreadlocks. There are small differences (for example, Hair Love‘s Zuri wears a bow, Maddie wears a tied headband), but even Cherry raised a virtual eyebrow at Maddie’s grey-and-white cat.

“It’s wild. Coulda been a dog, fish, anything,” the director wrote in a Twitter exchange with writer/comedian/actress Quinta Brunson (A Black Lady Sketch Show). 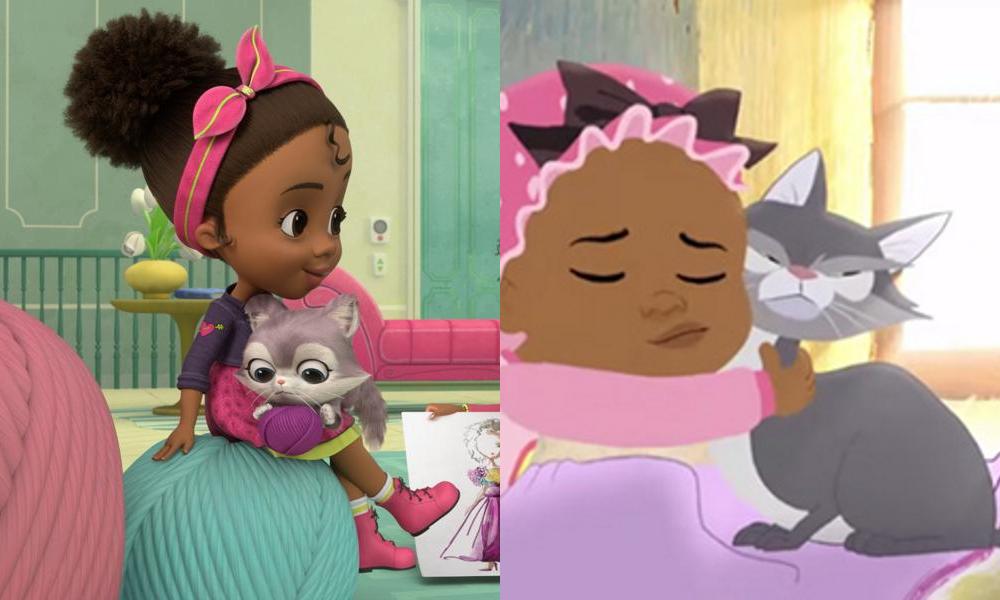 Made by Maddie / Hair Love

Online commentators repeatedly expressed that the studio appeared to be profiting off the original work of Black artists without hiring Black creatives (Maddie and her family are all voiced by Black actors, but how many BIPOC worked on the show is an open question). Many also expressed that they had initially thought Cherry was involved in the show.

A representative of Nickelodeon reached out to Animation Magazine Friday morning with a statement from the network, breaking the news that Made by Maddie has been pulled from Nick’s programming schedule for the time being:

“Made by Maddie is a show we acquired several years ago from Silvergate Media, a renowned production company we have previously worked with on other series. Since announcing the show’s premiere date this week, we have been listening closely to the commentary, criticism and concern coming from both viewers and members of the creative community.

“In response, and out of respect to all voices in the conversation, we are removing the show from our schedule as we garner further insight into the creative journey of the show. We are grateful to Silvergate Media for all of their work. And we hold Matthew A. Cherry and the wonderful and inspiring Hair Love in the highest regard.”

Made by Maddie was initially announced as Fashion Ally in 2018, with no mention of Black lead characters — although a Black family was at the core of the concept by September 2017 according to a script excerpt and character descriptions provided to Los Angeles Times by Silvergate. These include reference for the dad’s look being inspired by Black List founder Franklin Leonard. The studio also provided the Times with sketches of the whole family (and cat) dated September, October and November 2018, and another un-timestamped image of Ally/Maddie which they say is from 2015.

The Kickstarter for Hair Love, featuring character art by author-illustrator Vashti Harrison, launched in July 2017, with production beginning January 2018 after a record-breaking fundraising campaign. Cherry and co-director Everett Downing Jr.’s story of a Black father struggling to tame his daughter’s hair — which seems to have a mind of its own — won over animation icons Bruce W. Smith (Proud Family creator), Peter Ramsey (Spider-Man: Into the Spider-Verse co-director) and animator Frank Abney, who came on board as exec producers, and viral buzz helped the short get picked up by Sony Pictures Animation in 2019, produced by Karen Rupert Toliver. Lion Forge Animation — the toon division of the pioneering Black-owned comics studio — soon joined as a co-producer, making the short its debut project. The film debuted in front of SPA’s The Angry Birds Movie 2 in August the same year.

This isn’t the first time that a copycat controversy has affected the animation community, and certainly won’t be the last — especially as a more connected world allows fans to sniff out international imitators and artists have not only a platform to defend their creations, but plenty of easily found receipts. But in a year that has seen a surge in the Black Lives Matter movement and greater pushes for inclusive, diverse storytelling and representation — as when voice actors stepped away from voicing Black characters earlier this year — one wonders how fashion-focused Maddie will fix this bad look.