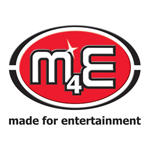 Munich-based brand management and media company m4e AG has acquired the available back catalogue of former TV Loonland AG out of the bankruptcy trust.

The extensive package of rights was purchased directly from the insolvency administrator by its subsidiary m4e Television  and contains more than 1,400 episodes of animation and live action programs, as well as 22 feature and short films.

Among the acquired rights are well-known programmes such as The Cramp Twins, Babar (2D), Letters from Felix, Rudi & Trudi, Mowgli – The New Adventures of the Jungle Book, Little Ghosts, The Beginner’s Bible, Connie the Cow, Lion of Oz, Rainbow Fish and Yvon of the Yukon.

With this acquisition the m4e group expands its portfolio of rights to more than 900 hours of animation and live action programme. The national and international distribution will be handled by m4e AG and its subsidiary Telescreen B.V.

“For us this trade is of great significancy, particularly regarding the digital and online strategy of the m4e group,” says Hans Ulrich Stoef, CEO of m4e. “Along with our new original productions and latest acquisitions, the TV-Loonland library will give us a very balanced portfolio of rights for the national and international markets.”

TV-Loonland was a German-based brand-management company that entered bankruptcy administration in late 2009 after a number of severe financial problems and scandals left it unable to pay its bills and unable to raise additional financing.