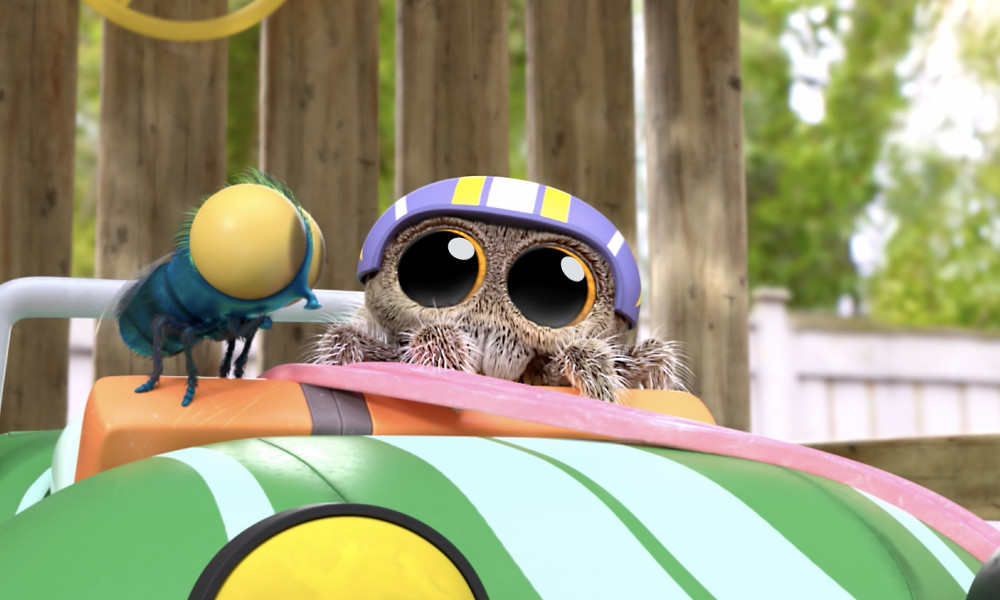 Back in November of 2017, animator Joshua Slice’s charming Lucas the Spider videos grabbed the attention of YouTube watchers all over the world. Now, four years later, the beloved eight-legged wonder is back in his own animated series on Cartoon Network’s hot new preschool block Cartoonito. The CG-animated show, which is produced by the brilliant team at Toronto’s Fresh TV and distributed worldwide by London-based CAKE, expands the universe of the cute little spider and is bound to be one of the fall’s big preschool hits.

“Back when I was making Lucas the Spider clips on YouTube, Fresh TV approached me with a vision for a character that went beyond YouTube,” Slice tells Animation Magazine. “I thought it was a great opportunity to give the character a chance to grow beyond what I was capable of doing on my own.”

Veteran animation visionary, Fresh TV president Tom McGillis (Total Drama, 6teen) says he and his partners Jennifer Pertsch, George Elliott and Brian Irving all discovered the viral phenom at the same time. “We were mesmerized by the beauty and the heart of the YouTube shorts,” he notes. “We quickly got on the phone with Joshua, hoping that he would trust us with his creation. We listened hard to his vision of the shorts and promised him that we would keep the magic alive if we were lucky enough take on the series.  I can honestly say that when Joshua chose Fresh TV for the project we have never been so honored as a group. After this we invited Matt Wexler, WexWorks Media, to partner with us on this amazing production, and we bought CAKE on board as international distributor.” 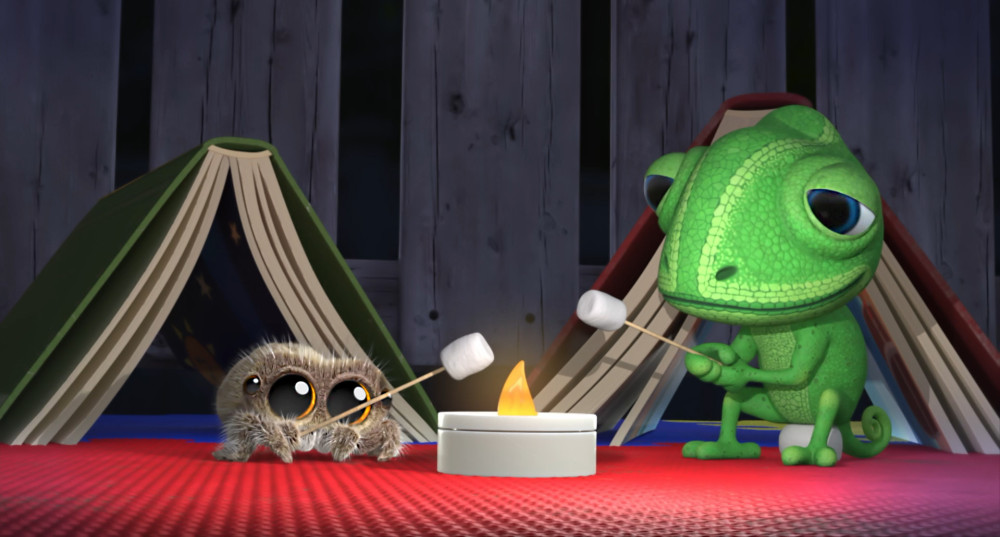 Lots of Love for Lucas

Slice, who is an animator who has worked on features such as Ferdinand, Frozen II, Ralph Breaks the Internet, Raya and the Last Dragon and Encanto,  began the whole enterprise as a personal hobby. “I never intended for it to catch on like it did, I just wanted to give myself a fun creative challenge,” he admits. “The idea of creating a cute spider came to mind after seeing real-life photos of jumping spiders. Once I posted the first clip and it went viral, it was pretty clear that I needed to make more!”

“Lucas is a lifelike CGI spider living in a real house — yes, that was Joshua’s actual house in the shorts!” reveals McGillis. “The result is an almost National Geographic style that gave the shorts an intimate and completely original feel. But beyond the look, it was the voice of Lucas that melted my heart. Lucas Slice is Joshua’s nephew, and there was such an easy, comfortable feeling about Lucas’ performance that really spoke to the love that this uncle and nephew share.”

Slice says his contributions to the new series come mostly in ensuring that the character stays on model and that he communicates all the thoughts and reasons behind the creative choices he had made. “That way, as the series grows, it can stay true to the original design as much as possible,” he points out.

“George Elliott stayed in constant contact with Joshua as we created the new cast of friends inhabiting his world,” explains McGillis. “These creatures needed to have that same realistic feel to them while connecting with a very young audience. I think it’s fair to say that Joshua is one of the most talented character animators out there, so the bar was set pretty high. Joshua’s guidance on rigging, texturing and acting were invaluable.”

Back when the shorts appeared exclusively on YouTube, Slice found it a challenge to deliver a new episode every three weeks. “That was the goal I set for myself so subscribers could know what to expect,” he explains. “When Fresh TV began development for the TV series, the challenge became, how do we expand these 30 second moments into seven-minute stories while also maintaining the original look and feel?” 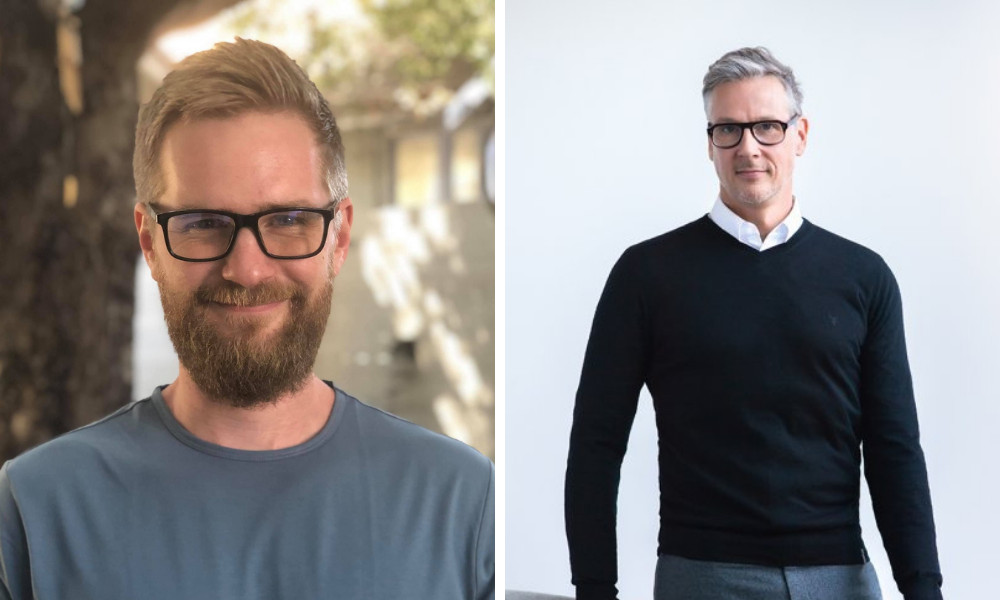 The team at Fresh TV were also clear on retaining the magic of the shorts. “We brought Dave Ingham on board as our story editor not only because of his extensive experience in preschool (Shaun the Sheep, Charlie and Lola) but also his instant connection to the loving and intuitive character of Lucas,” says McGillis. “Dave understood that this needed to be a show about love first and foremost.”

Another challenge was shooting all of the live-action plates in a rented house, and then integrating those plates into a CGI production pipeline that featured cinematic lighting and feature-quality animation. McGillis adds, “Another challenge (I’ll stop at three!) was recording very young actors during a pandemic. During one lockdown, one of our kids, Christian Campbell, had to record from his closet. He did incredible work. Across the board, the professionalism of these young performers was humbling!”

Toronto-based animation house Elliott Animation expanded to accommodate the new production. “We brought in some of the most talented CGI animators from across Canada and then almost immediately went virtual when the pandemic hit,” says McGillis. “We have a total of 190 cast and crew working on the series. The animation is done in Maya and we use Arnold to render. It takes about 62 weeks to produce an episode from start to finish! It’s a complicated show!”

When asked about the reasons for the show’s success on YouTube, Slice responds, “I think it shattered the expectation that spiders are something to be feared and discarded. Most of the time when we see a spider in our house, the impulse is to squish. Lucas the Spider challenges that and encourages empathy.”

McGillis agrees: “I am cured of my lifelong fear of spiders! Also, I think it’s Lucas’ empathy that touches everyone who watches the shorts. We are all learning to cultivate empathy right now and Lucas leads the way.”

Slice says he is very pleased with Lucas’ new incarnation. “I love how the series was expanded in a way that can be seen and enjoyed by kids around the world. It’s an exciting and humbling thought that a kid can grow up watching the show and then develop nostalgic memories the way I did with characters like Thomas the Tank Engine, Tiny Toons or Teenage Mutant Ninja Turtles!”

“The reason I love working on this show is the way it challenges me and my team to shake off our cynicism and remind ourselves why we all got into this business,” adds McGillis. “Lucas and his friends are a joy to work with.”

Both Slice and McGillis are quick to sing the praises of the new preschool block Cartoonito in which Lucas will be spinning his lovely web. “I’m a bit of a minimalist myself and so I love the appeal and simplicity of the block characters that represent the platform,” says Slice. “I find myself walking through the house repeating the words ‘Oh! Oh! Oh! Cartoonito’ every now and again! As for the rest of the industry, I believe animation is more of a tool than it is a genre. There’s a lot of untapped potential in telling different types of stories in animation. For example, imagine a horror movie as well made as The Shining done in the style of a modern Disney-Pixar movie. I think the first studio to do that right is going to open a lot of doors for animation!”

“Josh is right,” chimes in McGillis. “Cartoonito is going to shake up preschool! This is truly the golden age of animation. With platforms doing big spends and taking risks, kids and adults are seeing magnificent work that will be cherished for generations. With so much animated content from diverse talent being developed and produced, it’s an honor to participate in this moment.”