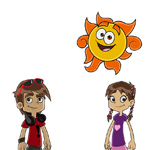 The colorful characters of Martha Montoya’s Los Toons will invite viewers in the US and Mexico along on their culture-rich adventures thanks to three new 2D animated specials, created in collaboration with L.A.-based Anáhuac Films for Univision Network. The first is set to debut in September. The trio of toons will be directed by Anáhuac’s Gerry Cardoso (Founder & Producer) and Ricardo Arnaiz (Producer & Director), co-creators of El Americano.

Montoya’s Los Toons Hispanic culture roots lend a unique perspective to her stories, which are told by the creative characters born from Hispanic traditions and locations. Throughout, Martha, Beto and Paolo learn how to balance their parent’s rich traditions with the sometimes confusing melting pot that surrounds them — along with their alter egos Pikito, Mima, and Picarito.

Airing in Spanish and English, the Los Toons specials will seek to engage multiple generations — grandparents, parents and kids — with an evergreen entertainment product that adapts to changing cultural norms and demands in the Hispanic community. Music and graphics that resonate with all ages will help bridge the gap between newly arriving immigrants and their quickly acculturated children, as well as multi-generational families who value their culture and heritage.

The specials will be:

Aventuras de Regreso a Clase – Martha, Beto and Paolo return to school and have to give an oral presentation about their summer vacation. But telling their classmates about their trip to Martha’s grandpa’s house in a small town didn’t sound as exciting as others’ trips to Hawaii and other places. In the end, they learn to appreciate their family vacation.

El Día de Acción de Gracias – The young Los Toons friends are at a loss to describe the American Thanksgiving custom and symbol, since in Hispanic countries a turkey is not part of their traditions…

La Navidad – The traditional Christmas in the U.S. clashes with the traditional and cultural customs and heritage of Los Toons’ Hispanic roots. 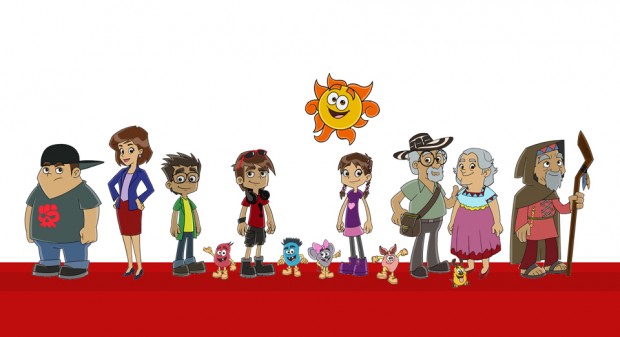