Zodiak Kids girls’ property LoliRock is ready to play to crowds in France and Italy this spring through new broadcasting deals. France Televisions will launch 13 new episodes of season 1 early next month on France 4, and Disney France will also debut new episodes in May. Next month will also see a launch on DeAgostini Editore’s Super! DTT channel in Italy.

Outside TV, Zodiak announces that the LoliRock consumer website lolirock.fr is racking up more than 20,000 sessions per month on France Televistions’ digital platform Ludo. The website — a standalone that can be accessed through Ludo — works on all platforms and offers videos, quizzes, karaoke games, photos and a live message board for fans to interact with each other. FTV has also secured a promotion with Quick restaurants across the territory, following a successful promotion with McDonald’s last year.

DeAgostini Editore serves as consumer products agent for LoliRock in Italy, and has planned a comprehensive marketing campaign to tie in to the series launch. In addition to widespread outdoor media campaigns in major Italian cities, a nationwide casting competition for young girls offering them the chance to become the next LoliRock girl is in the works.

Aimed at 6-12 year olds, LoliRock follows the journey of young Iris, a spirited teenage girl with a

beautiful voice and an unending desire to help others. When Iris joins the girl band LoliRock, her life is changed forever, as a new world of music, mystery and magical powers are revealed. Three new friends are now bound together by their common destiny as magical princesses and their battle for justice. 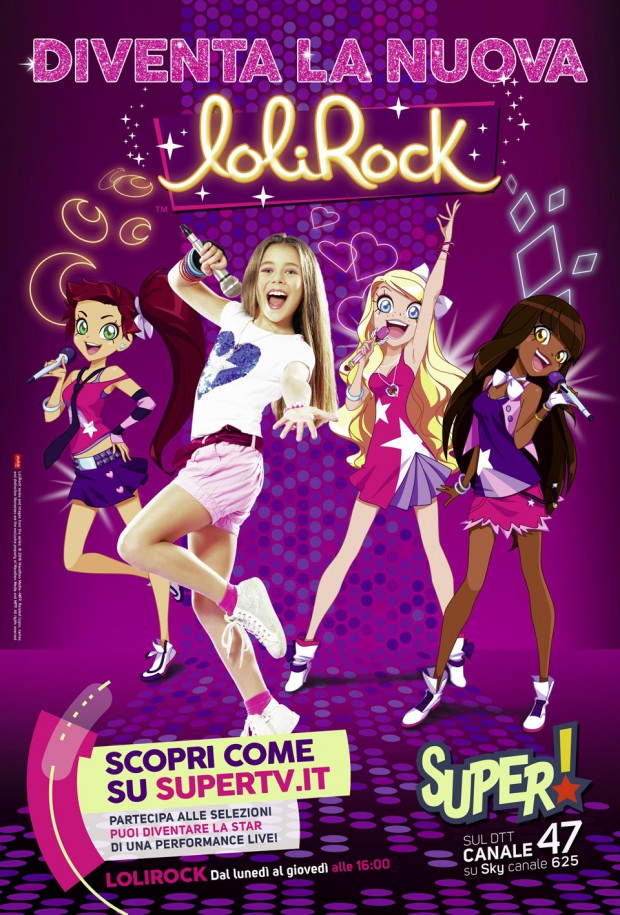