New York indie studio Little Airplane has hit another high note with a new animated, musical preschool show. Co-produced by best-selling kids’ recording artist Laurie Berkner and Little Airplane’s founder Josh Selig, the show is called Sing It, Laurie and will premiere on the 24-hour preschool channel Sprout on March 25. The short-form series is the first collaboration between Berkner and Selig, the award-winning creator of popular toons such as Wonder Pets and Small Potatoes.

Starring Laurie’s voice and featuring her original music written for the series, Sing It, Laurie! is about a little girl who uses her music and songs to help her better understand the world. In each episode, Laurie sings a song about a theme such as dressing up, having a party or making artwork. The series also stars Grammy-nominated artist Lisa Loeb who performs the roles of twin sisters, Mellie and Nellie. The music for the show was produced at Little Airplane by four-time Emmy-winner Jeffrey Lesser (Wonder Pets) and was designed by Little Airplane’s Art Director, Cassandra Gibbons who also directed many episodes.

The Sing It, Laurie! curriculum focuses on music and was written by Dr. Christine Ricci, who has worked on many preschool television series including Go, Diego, Go and Dora the Explorer. Partners on the series include Razor & Tie, the largest privately owned independent music label in North America, and Tsumanga Studios, a games developer and publisher based in Scotland.

“It has been such a pleasure working with my friend Laurie Berkner and all of our amazing partners on Sing it, Laurie!” said Selig. “We all agree that Sprout’s spirit, energy and commitment to helping young children grow and learn make it the ideal home for our new show.”

In addition to Sing It, Laurie, Sprout will be introducing a variety of music videos into its afternoon block between the hours of noon and 4:00 p.m. ET, featuring other popular children’s artists such as The Wiggles. Also in conjunction with the debut of musical afternoons on Sprout, a music microsite will be launching on www.sproutonline.com where preschoolers and their families can watch full-length videos on a special video player, and play games such as Sing It Laurie Musical Adventures and Chica’s Costume Concert. Additional videos featuring some of Laurie’s most popular songs will also be available online. 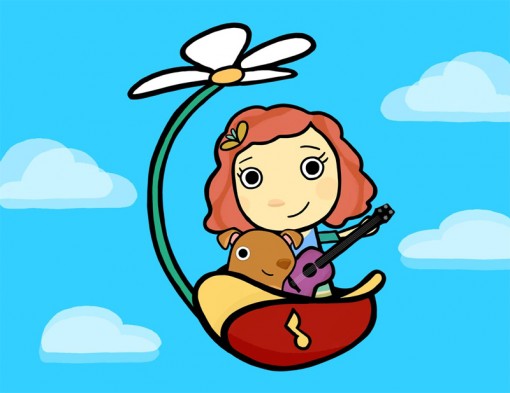