Set in the African savanna, The Lion Guard: Return of the Roar” introduces Kion, the second-born cub of Simba and Nala, who is destined to become leader of the Lion Guard, a team of animals comprised of the Pride Lands’ fiercest, bravest, fastest, strongest and keenest of sight. As Kion looks to assemble the members of the new Lion Guard, he does not call upon a group of lions to serve with him as tradition dictates, but instead chooses some of his friends whom he believes best exemplify these heroic qualities – Bunga, a fearless honey badger; Fuli, a confident cheetah; Beshte, a friendly and good-spirited hippo; and Ono, an intellectual egret.

Beloved characters from the original Lion King will appear in the new movie, including Mufasa and Pumbaa who will be voiced again by James Earl Jones and Ernie Sabella. The cast also features Rob Lowe as Simba, Gabrielle Union as Nala, Max Charles as Kion, Joshua Rush as Bunga, Atticus Shaffer as Ono, Diamond White as Fuli and Dusan Brown as Besthe. Education and Science experts at Disney’s Animal Kingdom serve as consultants on the African species included, and author and Swahili expert Sarah Mirza is language and cultural advisor.

TheLionGuard.com launches today. The first of five games will launch on WATCH Disney Junior and DisneyJunior.com on Nov. 23. An illustrated book for Return of the Roar from Disney Publishing arrives Nov. 3, and the movie’s soundtrack will be released by Walt Disney Records in January. 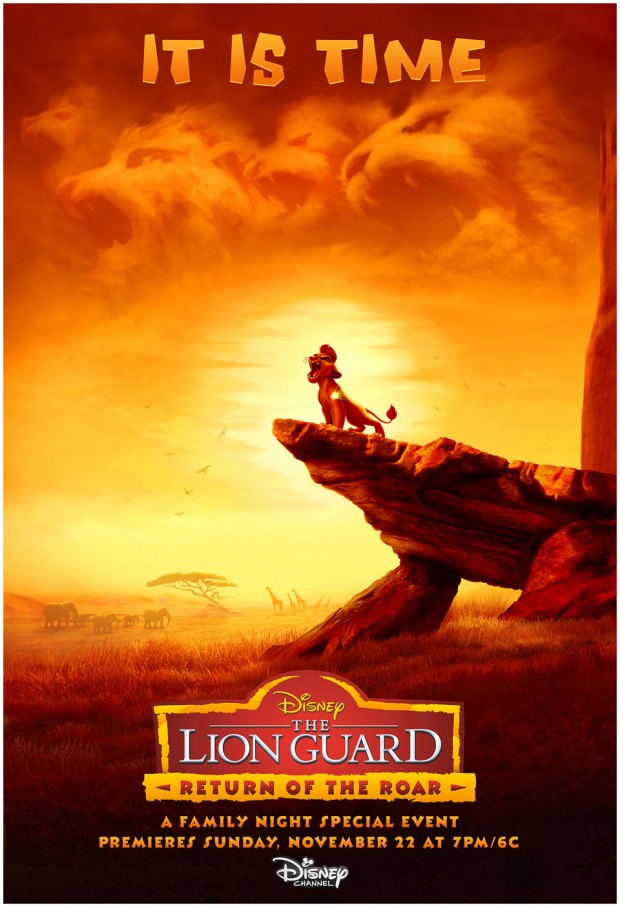 Lion Guard: Return of the Roar

You may also like...
Related Topics:Disney Channel, The Lion Guard: Return of the Roar, The Lion King