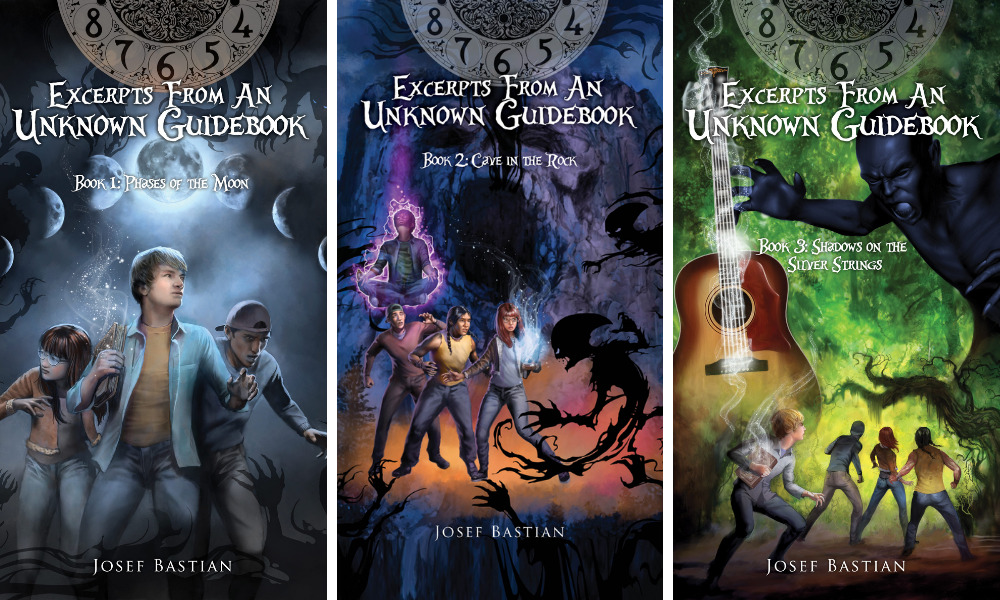 Excerpts from an Unknown Guidebook

As Folkteller’s new production partner, Lion Forge Animation will oversee the development and production of a highly-visual adaptation of the book series, which follows a group of teenager storytellers as they cross worlds and dimensions to fight the forces of darkness.

“The Excerpts from an Unknown Guidebook series was created to inspire children through storytelling, while promoting empowerment, accountability and hope,” said Bastian, creator of the Folktellers Universe. “Children and adults alike will enjoy these short, exciting stories packed with creatures and monsters. Our amazing family-friendly universe will be immersed more deeply into our audience with this animated adaptation.”

“We’re excited and confident that this series will make a positive impact on the lives of all those involved,” said Folktellers producer Stephen Sadler. “Our mission, ‘stories have power and are meant to be shared,’ fits perfectly with Lion Forge Animation’s mission and values.”

The book series follows Aaron, an average, midwestern teen whose life is change forever when his grandfather disappears under strange circumstances, leading him into a mysterious world where stories are powerful and dangerous, and dark, deadly enemies lurk just out of sight.

“The story reflects cultures and tells stories that are rarely seen on the screen,” noted Jeff Rivera, Executive Producer and partner at Collective 5 Entertainment. “Lion Forge Animation and Folktellers Studios are a truly dynamic team, and we are excited to be working with Jimmy Thomas, Saxton Moore and the rest of the Lion Forge Team.”

Lion Forge Animation Founder, David Steward II, said, “Excerpts from an Unknown Guidebook is a masterfully written and astutely crafted franchise that extends seamlessly into an animated series that families can enjoy. Our intent is to make an epic series and help expand this universe alongside our new partners at Folktellers, who understand and share our ethos.”

Lion Forge Animation is a recognized leader in bringing authentic content focusing on underrepresented voices and experiences to worldwide audiences. The studio was behind the Academy Award winning, culturally resonating short, Hair Love, directed by Matthew A. Cherry, Lion Forge Animation is one of the only Black-owned animation studios in the world and is unmatched in size and scale. It is the only Black- owned animation studio with an Oscar.