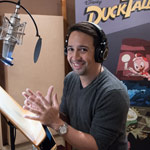 Muli-award-winning actor, playwright and composer Lin-Manuel Miranda is taking the trip of a lifetime down to Duckburg to make his DuckTales debut as the voice of Gizmoduck — a.k.a. Fenton Crackshell-Cabrera. The big event is slated for Friday, May 11 at 8 p.m. ET/PT on Disney Channel and DisneyNOW, as part of the first-ever “Duck Week.”

“I’m really excited that a new generation of kids will be growing up with DuckTales. As a huge fan of the original series, I love that I can share this new version with my sons,” said Miranda.

The character Gizmoduck, Duckburg’s preeminent hero who shares a Latin heritage with Miranda, has been reimagined by exec producer Matt Youngberg and co-producer/story editor Francisco Angones. In the debut episode “Beware the B.U.D.D.Y. System!,” the brilliant young scientist Fenton is recruited by Launchpad , who is feeling menaced by tech genius Mark Beaks’ newest invention.

Starting Tuesday, May 1, the Emmy-nominated series will air daily on Disney Channel, with premieres every Friday in May and new episodes and shorts debuting throughout the summer across Disney Channel, DisneyNOW and Disney Channel YouTube.

The same day, DisneyNOW will launch the DuckTales Treasure Hunt LIVE! interactive experience on-air and in the app. Players join up with Team Huey, led by Isaak Presley (Stuck in the Middle); Team Dewey, led by Sofia Wylie (Andi Mack); Team Louie, led by Issac Ryan Brown (Raven’s Home); or Team Webby, led by Ariana Greenblatt (Stuck in the Middle). “Treasures” will be revealed in daily episodes of DuckTales (8 p.m.) which can then be found in DisneyNOW to earn points for the team. Every Friday in May, Disney Channel will highlight the leading team. On May 25, the winning team will be announced with an on-air shout out by their Team Captain and receive an exclusive in-app surprise.

The inaugural “Duck Week” takes flight on Sunday, May 6 with a duck-blur of activities throughout the week, including partnerships with ESPN, Disney Studios, Disney Parks and Resorts, and Disney|ABC Television; a DuckTales product line at Disney store and shopDisney.com; branded AR experience for kids and a Snapchat lens allowing fans to jump into a virtual Money Bin with DuckTales characters, all in collaboration with Unity Technologies; a PSA celebrating diverse families as part of Disney|ABC Television’s annual Foster Care Awareness campaign with FosterMore; new shorts featuring Webby and interstitials casting baby ducks in reimagined scenes from Disney Channel shows including “Andi Quack,” “Raven’s Pond” and “Duck in the Middle.”

Other extensions of the series set to begin this summer include: an array of book titles from Disney Press including DuckTales: Solving Mysteries and Rewriting History!; comic books and graphic novels from IDW Publishing; and a brand new toy line from PhatMojo including action figures, plush and collectibles exclusively at Target. On June 5, Disney Studios will release DuckTales: Destination Adventure!, an episode compilation DVD with two bonus classic series episodes released for the first time ever on DVD. 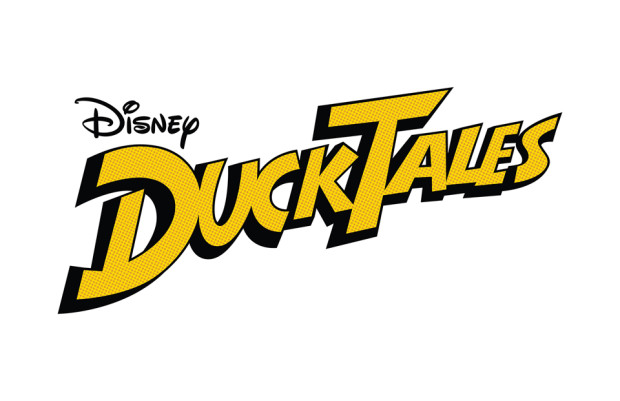 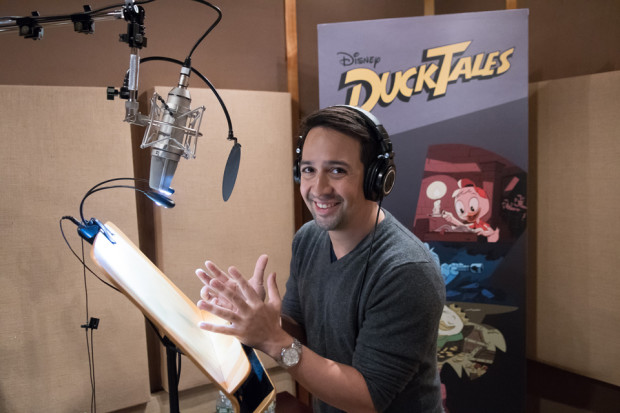