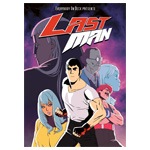 The production team of Everybody On Deck have been hard at work on the animated adaptation of Lastman, but have hit a bump in their funding road. Based on the comic-book by Balak, Vives & Sanlaville and billed as the first French animated TV series for adults, the 26-episode Lastman project is seeking funding through a Kickstarter campaign to produce the last 12 episodes — so far it has secured funding for three through the crowdfunding push.

Lastman has been a challenging passion project for Paris-based Everybody On Deck, which met resistance to the idea of producing mature-audiences series animation. It seemed like many problems had been solved when a major investor came on board, but according to the studio the deal was scrapped due to the “Kafkaesque maze of audiovisual policy in France.” Everybody On Deck is now living up to its name by making a drive to finish the series by its deadline despite funding gaps.

The series is set before the events of the Lastman comic-book (published by First Second in the U.S.), with a hand-drawn digital style reminiscent of Japanese anime. Full of fighting, gangsters and paranormal activity, the series centers on Richard Aldana — a cunning young man who is also a talented amateur boxer. When his friend Dave, the owner of the boxing gym, is killed, Aldana becomes the protector of his orphaned daughter, Siri. As Aldana and Siri look into Dave’s past to try to uncover why a terrible religious sect known as The Order of the Lion wanted him killed, they get drawn into a mythic quest.

Lastman is produce by Everybody On Deck with animation by Je Suis Bien Content (Persepolis, April and the Extraordinary World), directed by Jeremie Perin. Balak, one of the three comic-book authors, is the main screen writer. Learn more about the project and the creative team at lastman.tv.

The series currently has only one financing partner on board, France Televisions’ France 4, and has budgeted the project at 25,000 EU per episode, which it is seeking to raise through a series of “stretch goals” on the Lastman Kickstarter campaign. 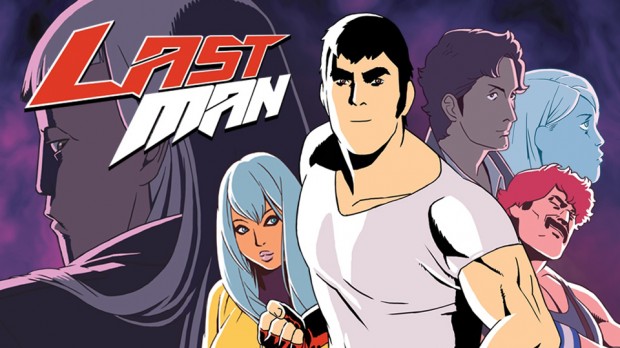