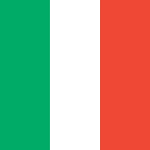 Indie animation producers in Italy continue to deliver the goods despite tough financial challenges and the slow growth of revenue from multimedia projects.

A lot has happened and evolved in the Italian animation business since the heydays of Bruno Bozzetto’s Allegro Non Troppo in the mid-1970s. While the state-funded RAI TV continues to be one of the key animation producers in the country, other independents such as Atlantyca, Rainbow, Misseri and Gruppo Alcuni have emerged as forces to be reckoned with, despite their never-ending battle to secure financing for their projects.

Atlantyca Entertainment, the studio behind the popular Geronimo Stilton series, is bringing several new shows to the MIPTV market in France in April. As Caterina Vacchi, the head of the company’s animation department and exec producer, explains, “The economic crisis has affected Italy and its animation industry as in all the countries in the world,” she says. “If the presence of a lot of new children’s channels is very good news, it’s also true that our industry is still adjusting to this new reality. Because Italian producers don’t receive any real government funding or tax credit system, we are financing series with the aid of broadcasters’ investment.  If more kids’ channels are involved in co-producing the shows, that would help our industry grow and become more competitive in the international field.”

Among the new offerings Atlantyca has at the market is Ulysses Moore (26 x 22), a live-action/animation hybrid show which follows the supernatural adventures of twins Jason and Julia and their best friend Rick as they try to save the world from the dark forces of a parallel universe. Also on tap is Bat Pat, a 52 x 11 animated sitcom about a talking bat and the misunderstood monsters of the town of Fogville. Both shows rely on multiplatform ventures and new apps to increase brand awareness even before their launch on TV. 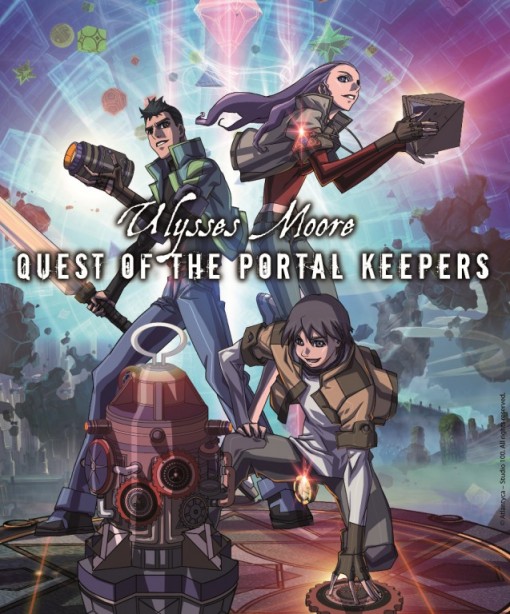 “Our key strategy has been developing animated shows based on our publishing properties,” says Vacchi. “This has allowed us to start from a globally well-known property, explore the brand awareness and create new business opportunity at any market level. We’re not going to change our policy completely, but we might decide to create a new property from scratch that can be launched on different media and platforms at the same time.”

Treviso-based Gruppo Alcuni is another strong producer of animated content. Since the launch of its animation division in 1999, it has produced local hits such as Pet Pals and Leonardo, and runs a special theme park (The Talking Tree Park) devoted to its popular animated properties. The studio is currently co-producing the fifth season of Pet Pals with Rai Fiction (10 episodes of the new season will be in stereoscopic 3-D), as well as a dialogue-free Flash-animated series called Symo & Rose and a CG-animated Pet Pals movie sequel titled Nameless’ Adventures in Wonderland, also in stereoscopic 3-D.

“Apart from Gruppo Alcuni, there are only a couple of other Italian companies that are competing in the TV market, but also in the publishing, merchandising and licensing areas,” says company CEO and founder Francesco Manfio. “Our biggest challenge comes from large multinationals which have found very receptive ground in Italy for their brands.” 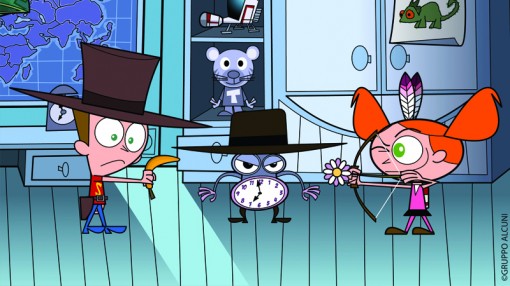 In order to face the challenges of the future, Manfio says his studio wants to steer all the processes connected to the animation sector and devote particular attention to new technologies.

“We’re studying new projects that can be launched, at least initially, separately from TV broadcasts,” he says. “For example, our new show Symo & Rose was created as an interactive project first and is now being developed as a TV series. In the past two years, we’ve created several mobile applications based on our TV shows, and we intend to continue to grow in that direction.”

He also points out that because the Italian government doesn’t offer any financial aid, an unfair balance has been created in favor of other European competitors, which do receive backing from their government. However, the Gruppo Alcuni theatrical projects are able to use a very small fund devoted to film production. 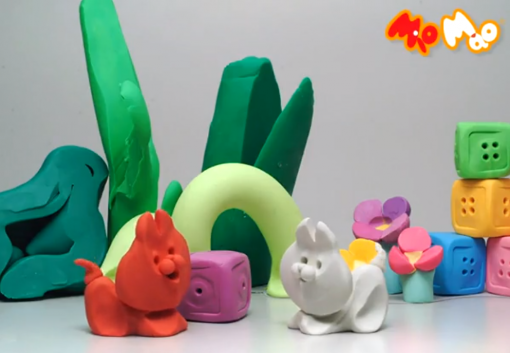 Misseri Studio is another example of the small to mid-sized houses that have continued to weather the tough financial climes in the country since the 1980s. Founded by claymation pioneer Francesco Misseri (Mio Mao), the studio partnered with Sesame Workshop to create the award-winning stop-motion series Bert & Ernie’s Great Adventures. In addition to producing two new seasons of Mio Mao and Pozzie, a new NHK co-pro which employs water-animation technique, it’s teaming up with Sony Creative Products and Rai Fiction to produce Mofy, an animation series made with “cotton puffs,” based on the picture books by Japanese artist Aki Kondo.

“Italy has a tradition in children’s animation that has grown and achieved significant success both at home and abroad,” says Sandro Polini, Misseri Studio’s head of business development. “Nevertheless, I think that many Italian companies should still develop a more ‘international approach’ to our business, both in terms of business models and of the kind of productions. This does not mean to lose our identity or to produce standardized programs, but to use our own traditions and style in a way that can be understood and appreciated by an international audience.”

With popular TV series such as Winx Club, the live-action/CG-animation hybrid show Mia and Me and the upcoming 3-D CG animated movie Gladiators of Rome (with a reported a $55 million dollar budget), Rainbow S.p.A. continues to play a major role in the Italian animation industry. Founded in 1995 by Iginio Straffi, the studio continues to produce additional seasons of its hit brands for both TV and online consumption. 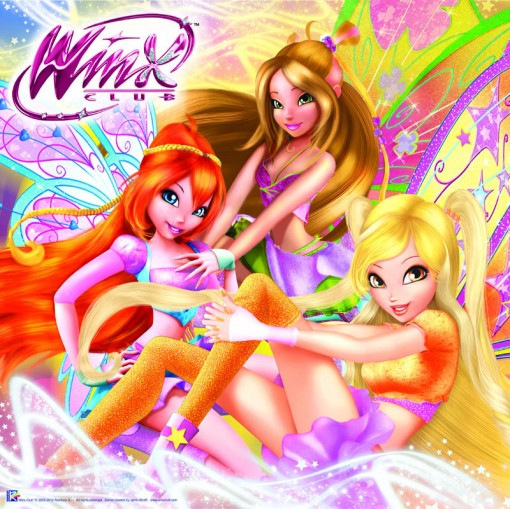 Among the challenges seen by Straffi are the fragmentation of the market in Europe and the loss of TV audiences to the web and other new media platforms.

“Our priority is to anticipate the changes that are happening in our world and to adapt the production strategy accordingly,” says Straffi. “In addition, restrictions in advertising targeted to kids is influencing the time the broadcasters dedicate to kids’ programming which makes the competition for on-air presence even harder.”

“The limited number of buyers is a major concern for us,” says Alberto Genelettie, exec producer at T-Rex Digimation, the six-year-old studio behind shows such as the preschool toon Dixiland, the popular Gino the Chicken (with Rai) and the cross-platform project Arthur & Kiwi. “Digital channels have increased in number in the last few years, but they are dominated by the power of foreign cartoon brands. We plan to leverage new digital distribution channel to reach a larger audience and create new revenue opportunities. We also believe that technology is a valuable tool which reduces production costs and opens up new distribution venues. However, it’s just a tool that cannot replace creativity and talent.” 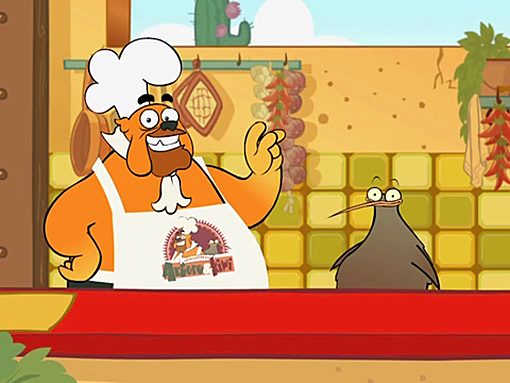 Like their counterparts in Europe and the U.S., some Italian producers are continuing to join with new international partners in Asia to make their projects possible. One example is Lastrego & Testa Multimedia, which is co-producing its 26 x 22 3-D show Marco Polo with Chinese public TV’s CCTV and Rai Fiction.

“We are expanding our horizons with Marco Polo, which targets eight- to 12-year olds,” says Francesco Testa, the studio’s president and CEO. “We are very proud to be partnering with a prestigious Chinese partner and are expecting great results both creatively and commercially.”

By all accounts, the great Italian talent for creative thinking and centuries-old artistic traditions continue to move forward in the animation field, regardless of the slings and arrows of today’s financial climate. Speriamo così (we hope so)!

Amita of the Jungle

10 Shows to Write Home About
‘Titans,’ ‘Mirror Mirror’ No Match for ‘Hunger Games’