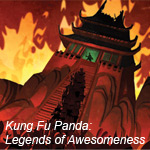 Po and his warrior pals get ready to fight the good fight on an awesome new weekly show.

2011 has been quite a year for Po, the eager warrior of DreamWorks’ 2008 Oscar-nominated movie Kung Fu Panda. Not only did he defeat the evil peacock Lord Shen in a big 3-D sequel which made over $656 million worldwide, he also gets to shine in his own animated Nickelodeon series this fall.

In the CG-animated Kung Fu Panda: Legends of Awesomeness, Po is aided once again by his mentor Shifu and the Furious Five—Tigress, Mantis, Crane, Monkey and Viper—to protect the Valley of Peace from a multitude of threats. 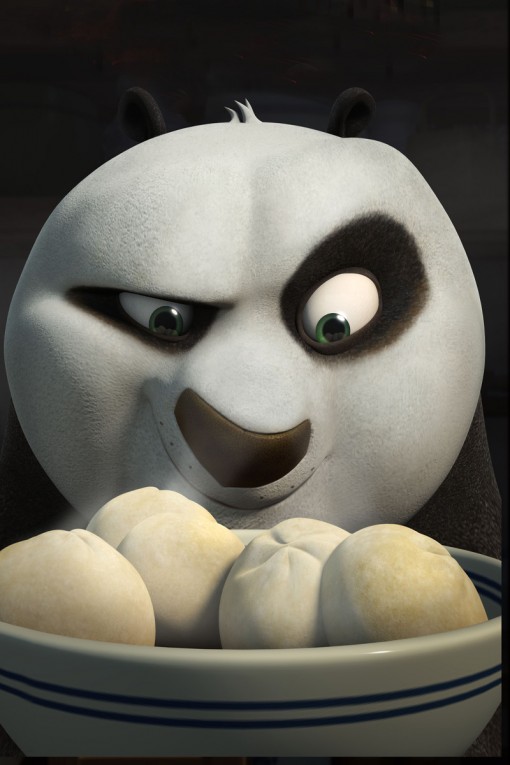 As the show’s exec producer Peter Hastings tells us, “It’s really a continuation of the first movie. Po has become the Dragon Warrior, his heroes are his peers, he lives at the Jade Palace—now what? The series is what. And the second movie is not unlike a very long, super-deluxe 3-D version of one of our episodes—Po, as the Dragon Warrior, on an adventure with some emotional punch.”

Hastings, a long-time animation industry veteran whose long list of credits include Pinky and the Brain, Animaniacs, Tiny Toon Adventures, Disney’s One Saturday Morning, Catscratch, Mucha Lucha and the DreamWorks feature, How to Train Your Dragon, says he was very excited when both Nick and DreamWorks asked him to get involved with the show. “I really liked the first movie and the lead character, the opportunity to do an action comedy, and knowing that we were really going to go high-end for this project.”

The show’s visual approach is quite similar to the movie. Hastings points out that Nick is doing the best CG animation in television today, despite the fact that they don’t have the time and budget that feature productions are accustomed to.

“We take a hit in some details and in lighting—which makes us more diligent about the story and the comedy,” he notes. “But just as a little comparison, on a feature, you are taking four year and maybe 100 million dollars to produce 80 minutes of animation. In that same time, at a fraction of the budget, we’ll produce around 1,200 minutes! And I don’t say that as an excuse—I say that because I’m constantly amazed at how good it looks!”

“Po, like SpongeBob, is the kind of character our audience expects from Nick, a good-natured, loyal, funny friend whose heart is somewhat bigger than his/her brain,” says Roland Poindexter, Nick’s senior VP of animation. “We love the show for the reasons stated above as well as the opportunity it affords us to work with talented friends like Peter as well as Jeffrey Katzenberg and all of the talented people at DreamWorks Animation.”

Hastings also gives credit to story editor Scott Kreamer and the rest of the writing team for finding clever ways of keeping Po’s adventures entertaining and fun to watch. “When a story works, everything else follows—everything can be worked out,” he says. “When a story is clunky, so is the rest of the ride. Luckily for me, Scott and the writing staff keep coming through.”

One of the qualities that make the show really stand out from the pack is the attention paid to the emotional lives of the characters.

“I love the amount of nuanced character acting we’re getting,” says Hastings. “You really get to see characters think and go through emotions. Once I saw that we were getting this from the animators, I really encouraged Gabe Swarr, the supervising producer, and the directors and board artists to dive into it, which they are exceling at. When we go over animatics, we are really able to talk about expressing thoughts and emotions from the characters that those of us that have done a lot of animation haven’t been able to do too much. It’s also great because when you see it in their faces, you can cut the dialogue!”

The bulk of the show’s animation is currently being done overseas, and it is tweaked and augmented at Nick Digital in Burbank. The studio also animated the main title sequence in-house and produces a 2D segment (very much like the opening of the first movie) in every episode, supervised by Randy Dormans.

“We’re fortunate in that this production gets people excited,” says Dormans. “We’re trying to mimic the look and feel of the film as closely as possible, which is a huge challenge for a TV show. Everyone on KFP seems to love the challenge and they respond with creativity and hard work. Television production is a huge machine; once it’s under way it settles into its own pace. There’s not much that you can do to make it go faster but there are a million things will make it grind to a halt. Anytime that something is reviewed it’s triage; prioritize and deal with the important issues first and be willing to let go of the smaller issues. The entire team seems to understand that.”

According to Dormans, the majority of the tools utilized to create the animation are used by almost every company doing animation today. Maya and Photoshop are the primary packages used for asset creation, animation and lighting. The vfx artists use a combination of Maya, RealFlow and DigitalFusion.

Mental Ray is employed for rendering while DigitalFusion is employed for compositing. “We are primarily a 3D show that has some 2D sequences within it,” explains Dormans. “In talking with DreamWorks we learned that they had primarily used After Effects to produce the 2D sequences in the film. It worked out really well for us because we have a group within the post department here at Nickelodeon which is incredibly proficient with AE. So our 2D sequences are created using Photoshop and AE. In addition, we use a handful of other off the shelf software packages, but ultimately it’s the people that make any show happen.”

Since Hastings has been working in the business for several decades and seen the industry change in many ways, we had to ask him about his take on the state of TV animation today.

He says, “The main difference is that years ago they didn’t give you an ‘end date’ when you started. And when your show title included ‘Steven Spielberg Presents,’ the network didn’t tell you what to do. Otherwise there is still a lot of production going on even though the venues for showing it have consolidated. As far as ‘crappy’ options, there’s always plenty of that on television. I guess it doesn’t feel that different to me!” 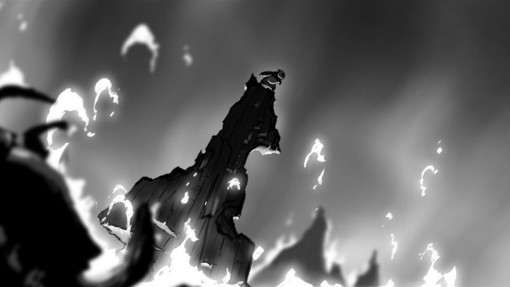 Furthermore, he points out that the experience is always shaped by the show you’re making and who you’re making it with, regardless of the times. “You’re kind of in a relationship when you’re in production,” says Hastings. “Luckily, the Kung Fu Panda series is a great show with an outstanding crew and we are enjoying it a lot. CG has also really come of age not just technically, but now there are really experienced people doing it, so it becomes more about what you want to express rather than ‘Can this be done?’— although that certainly comes up!”

As a creative person, Hastings says he is all for original, creative-driven programs.

“Studios always talk about taking risks and doing something crazy, and then, they get burnt a few times and back off, and then try it again later,” he muses. “But there is nothing a studio person wants more than for you to walk into their office and solve their problems—it’s just difficult! Certainly, spin-offs of movies tend to originate as business plans, but they were original ‘from scratch’ ideas at some point! Whether it plays as crass cashing in or a good show comes down to the property itself. Television leans more on character than story, and that is the main ingredient you need for any kind of successful sequel.”

Hastings, who began his career as a performer at the Groundlings sketch comedy/improv troupe, first entered the world of animation as a staff writer on Tiny Toon Adventures. “I was also part of the team led by Tom Ruegger that developed Animaniacs and then I was doing Pinky and the Brain. I was at Warner Bros. for six years and really cut my teeth there.”

When asked to provide some advice for those who wish to follow his example in the animation world, he responds. “There is no substitute for logging the hours, whether it’s drawing or writing or whatever,” recommends Hastings. “Experience is the most important thing—including mistakes—and everything else, like classes, just give you something to think about while you’re getting the experience. And be a nice person…People like to hire nice people!” Just ask Po! 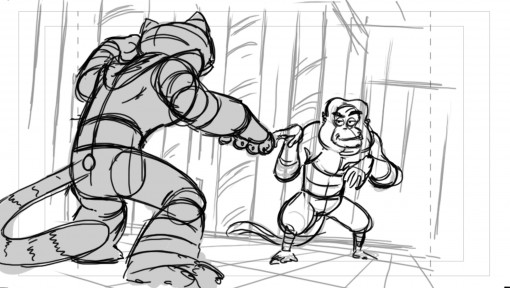 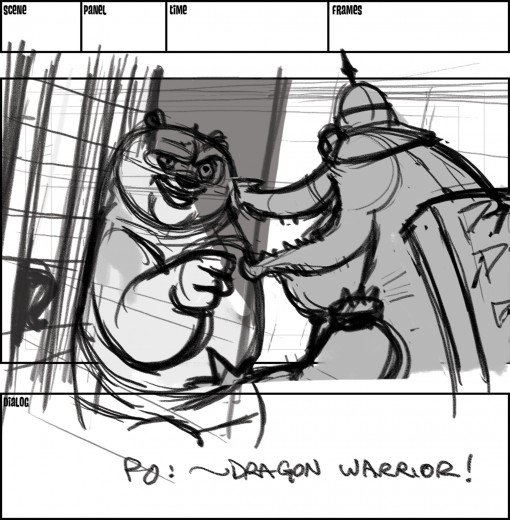 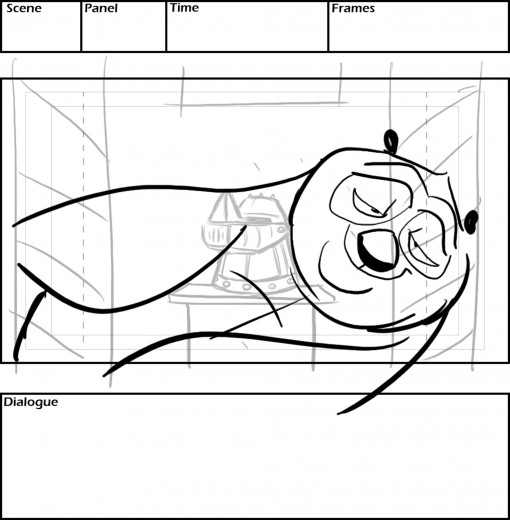 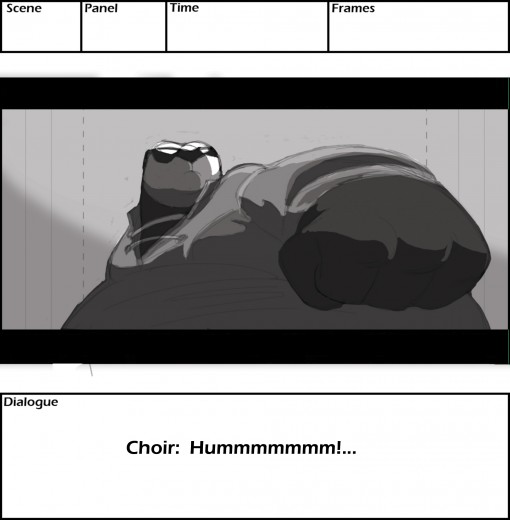 Rising Stars of Animation: 2011
A Swashbuckling Cat for All Seasons