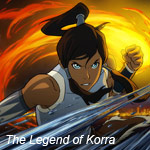 From the minds behind Nickelodeon’s acclaimed Avatar comes an exciting new chapter with a brand new heroine, The Legend of Korra.

In the trend-conscious world of TV animation, it is rare that a show comes along that really shakes things up. But that is what happened back in 2005 when Film Roman alums Bryan Konietzko and Michael DiMartino’s Avatar: The Last Airbender first appeared on Nickelodeon.

Like Spaghetti Westerns or Korean tacos, Avatar cleverly gleaned influences from around the world to create its blend of fantastical mythology, martial-arts action and top-notch anime-influenced animation design. After three seasons, fans sadly bid the show adieu in 2008—but now these key elements have been recombined into a highly anticipated sequel series, The Legend of Korra.

Korra began to take shape when Nickelodeon approached the creative duo in November of 2009 about continuing the Avatar universe. After only a few short months hammering out the concept, DiMartino and Konietzko were back at the studio in February, where they teamed up with co-executive producer Joaquim Dos Santos and supervising director Ki Hyun Ryu to fine tune the story and visuals. By summer, the boys were back in the production trenches. 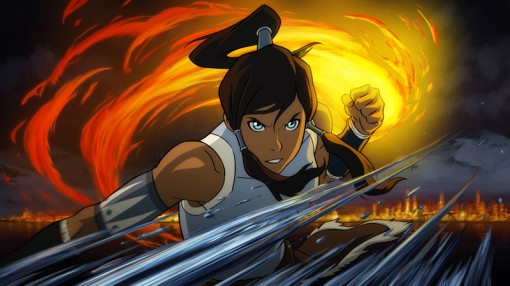 “When Ryu and I cam on board we pretty much hit the ground running with visual development,” Dos Santos recalls. “To be honest, it’s such a blur that I’m not sure how much time we took before actual pre-production started … As far as my experience goes, Korra was probably the most time I’ve had for development and it still seemed too short!”

Dos Santos served as a storyboard artist on Avatar, and his directing credits include Justice League, G.I. Joe: Resolute and several DC Showcase shorts; Ryu also worked on Avatar in the animation and design departments.

The clearest contrast between the two series is the new face of the Avatar. While Aang was a reluctant 12-year-old boy struggling with his fate, Korra is a headstrong teenager who relishes her role as “The Chosen One.” While her physical prowess and confidence have made her a master at bending water, earth and fire, her underdeveloped spiritual side prevents her from succeeding at airbending and realizing her full potential.

As DiMartino relates, he and Konietzko wanted to match their experience level with a more artistically and narratively mature series. 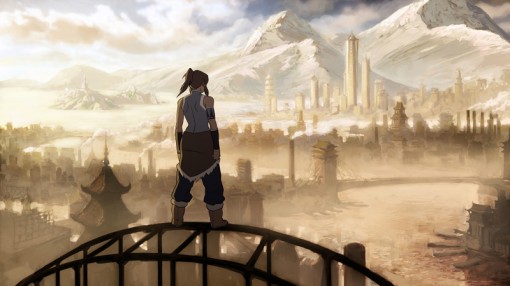 “We also wanted to explore an Avatar who was the exact opposite of peaceful Aang, so we chose a hot-headed teenage girl from the Water Tribe. Her ‘punch first and ask questions later’ attitude opened up a whole new world of story possibilities.”

For inspiration, Mixed Martial Arts fight fan Konietzko referenced female fighter Gina Carano. “Once we had the idea of a tough, athletic girl, her personality took shape pretty quickly,” he recalls. Women competitive snowboarders also served as inspiration for the look and attitude of the character.

A rough-and-tumble heroine like Korra is a rarity for the TV animation world, and Nickelodeon is confident that fans will cheer her on through her adventures just as they did with Aang. As Brown Johnson, president of animation for Nickelodeon and MTVN kids and family group, notes: 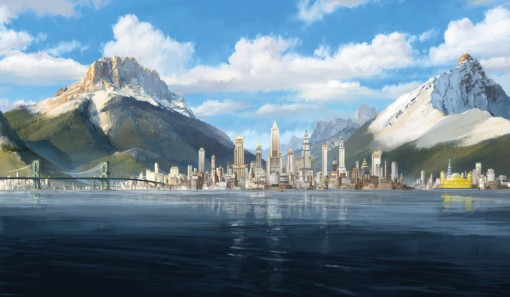 “Korra is a terrific heroine, for boys and for girls. Like all great action heroes, she combines great heart, kick-butt powers—and the idiotic mistakes of a typical teen.”

Although Korra takes place 70 years after the events of the original series, the producers wanted to ensure the world and story felt familiar to audiences. Fans can expect the familiar blend of humor, drama, action and relationships to bubble around the new Avatar. Additionally, Avatar composers The Track Team have returned to give the music and sound design a familiar feel.

But, as DiMartino points out, the creators also strove to up the ante across the board for this series, adding layers of sophistication to the storytelling, artwork and animation to do justice to the more mature feel of the show.

As Konietzko explains, the duo were originally after a 12-episode season when they pitched Avatar back in 2002, but the network was running on 20 episode cycles. With Korra, they have their ideal timeframe at last. 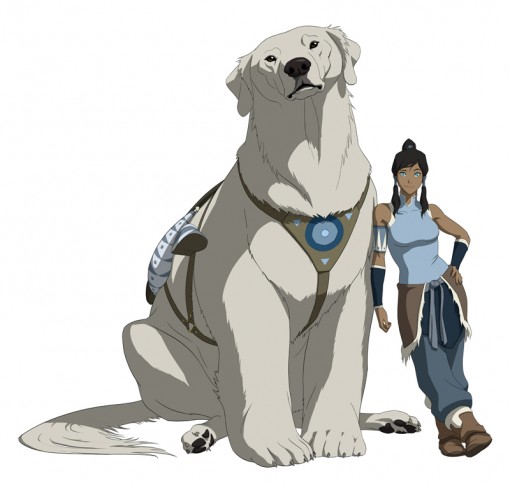 “[Nickelodeon] came to us with 12 episodes, and we were relieved. I know some fans just want more, more, more, but we are primarily concerned with the quality of the storytelling and animation, and shorter seasons are the best way for us to achieve that … The stories are leaner, more focused on one driving storyline.”

“Tonally, things have shifted just a bit darker as well,” Dos Santos adds. “The visual style plays on the theme that the world is going through the Avatar equivalent of the Industrial Revolution. The character designs along with the color direction really accentuate that idea.”

While the original series constantly shifted locales as Aang and his comrades made their journey across the various nations, Korra takes place inside the confines of the steam-punk influenced Republic City—what DiMartino describes as an early, conscious decision meant to cut down the design workload, although building up a huge metropolis in which to set the action proved just as challenging!

From an artistic standpoint, the creators wanted to infuse the new series with a stronger sense of art direction and more “style,” while still maintaining the feel of the Avatar world. For season one, Konietzko shared art direction duties with Dos Santos and Ryu, and sought to incorporate their individual styles into the character design to achieve a more sophisticated look. The background style also underwent a facelift: 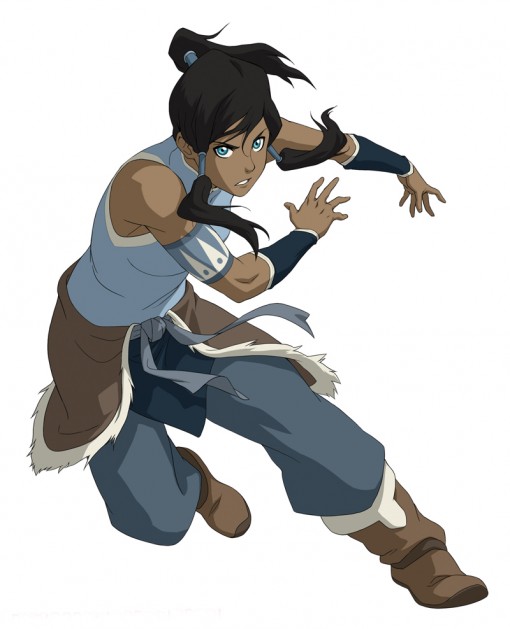 “I was adamant that the background paintings have more of a painterly look, more like concept designs,” Konietzko explains. “We found some young and energetic painters, Fred Stewart and Emily Tetri, and developed a looser painting style for the show with them.”

Konietzko adds that additional steps in the art direction process were incorporated to improve the lighting and create a more cinematic look.

Aiding the crew in achieving these new levels of sophistication are the incredible digital animation technological advances that have occurred since 2008 when Avatar wrapped. In fact, Korra’s 2D animation (augmented with CG effects) is fairly ground-up digital. The team has incorporated Toon Boom software into the storyboard process, and can now be found hunched over Cintiq drawing tablets rather than sheaves of paper. 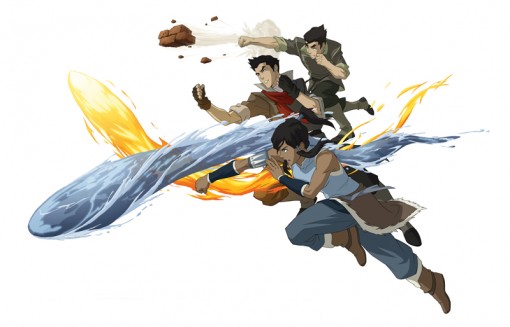 “The transition to working digitally all the way down the production pipeline has really allowed for us to take a ‘pre-viz meets storyboard’ approach to our storytelling,” Dos Santos enthuses. “We can share assets with our other departments and get a feel for the timing and tone almost instantly. For our more complex shots, we’ve added an amazing After Effects artist to tour crew who can interpret our rough staging and really build an amazing sequence with subtle camera work and lighting. It really helps get our ideas across to the animators.”

The animation team is even utilizing Google SketchUp to digitally build rough sets, allowing them to play around with camera angles virtually and pick the coolest shots before diving into the thick of storyboarding.

Despite these technological facilitations and fewer episodes per season to crank out, Konietzko says that serial animation’s old nemesis, time, is still one of their largest challenges.

“There is simply never enough time. We’re trying to improve the quality of all aspects of this series compared to the original series, so we never stop making it hard on ourselves!” 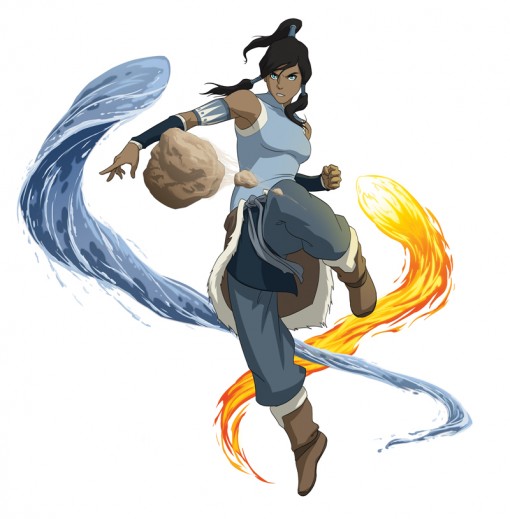 Another double-edged sword during this production is the increased collaboration with the talented Korean animation team at Studio Mir, which also worked on Avatar.

“We did a lot more pre-production in Seoul … We’ve always collaborated closely with the Korean artists, but even more so on this series—they really became an extension of our crew in Burbank. But the biggest challenge was simply dealing with the distance and communication. Many times we wished we could explain a storyboard or animation idea directly to someone sitting down the hall, rather than halfway around the world,” DiMartino admits.

Dos Santos seconds DiMartino’s logistical qualms, adding that certain cultural differences can make it difficult to get the correct ideas across, no matter how talented the artists are.

“Thankfully there was an already established working relationship with the amazing artists and animators at Studio Mir. But even so, I remember them struggling initially with the idea that Korra was so muscular. We really wanted to make a point of the fact that she is not your traditional rail-thin girl. She’s an athlete and tough, but still beautiful.” 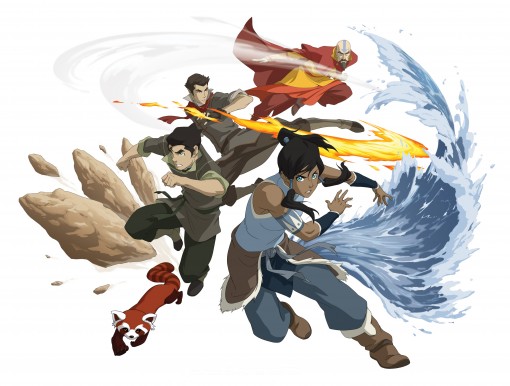 Despite a few bumps in the road, all three producers say they have enjoyed the process immensely. For DiMartino and Konietzko, the chance to write all of the first season together and watch the world and the characters who populate it take shape through the story and design phases has been both fun and challenging—in a good way. For Dos Santos, Korra has allowed him to take some of his biggest artistic leaps. All credit the talented crews at Nickelodeon and in Korea with easing the growing pains of this ambitious project.

As Dos Santos sums up: “When the dust settles—and we get some sleep—we’ll have an amazing show and we’ll all have leveled up!”