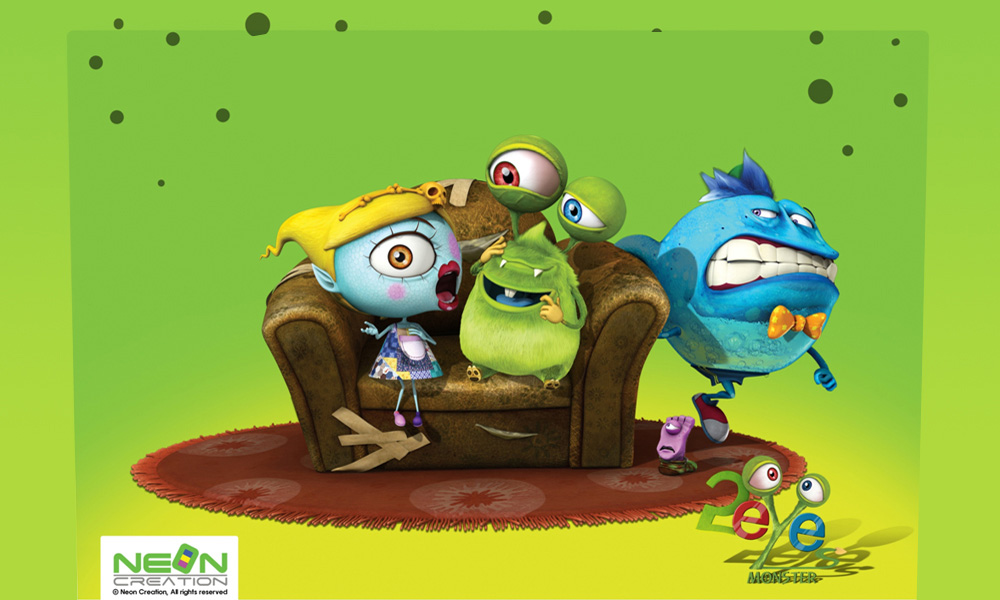 Korea Creative Content (KOCCA) played a major role in the latest edition of MIPCOM market which was held virtually last month. Among the promising new properties unveiled at the recent  market was Neon Creation’s 2 Eyes Monster, an animated slapstick comedy which targets family audiences and 9 to 15-year-olds specifically. Neon Creation plans to produce a 52 x 11-minute series and an 85-minute feature based on the property.

Set in the strange town of Monsterville, the show centers on four different creatures— 2 Eyes, Jilly, Addict-G and Stomp Biggy-Footy. The main character 2 Eyes, is a likeable guy with two distinct personalities—his blue eye gives an overly optimistic look on life, while his red eye turns him into a furiously funny grouch. He can unexpectedly switch between his two personalities, which leads to monstrous laughs along the way.

The CG-animated series, which is created by Sara Kyungwon Han-Williams and Neon Creation and co-developed with Burbank-based Astro-Nomical, is expected to be ready for 2023. The producers are currently seeking broadcasters for pre-sales and co-financing.

“The show has received a lot of attention at the international markets I’ve attended, thanks to its charming character designs and unique storylines,” says Neon Creation president Sara Kyungwon Han-Williams. “2 Eyes” as a symbol of our own mental conflicts when as we try to make day-to-day decisions. The other characters are also quite fascinating. Zilly is a spooky fashionista with a teenage-girl outlook. Addict G, is a modern kid who is crazy about games while Stomp Biggy-Footy is a pet of sorts, who just adores Addict G. We’ve also received lots of great compliments thanks to the high quality of the animation. We submitted the show’s teaser to MIP Junior this year, and it was the most viewed project at the virtual market.”

Jay Ahn, co-founder of Astro-Nomical Entertainment adds, “I was blown away not only by the comic story concept but the hilarious and unique designs that can travel to any part of the world. This is the first of many Korean and Asian projects I plan to bring to the global marketplace as we have an untapped market of quality professionals.”

This past August, the 2 Eyes Monster characters, a VR game and a drag racing game were introduced at the Dooriland theme park in Korea. According to the producers, a few more locations featuring 2 Eyes will be added in 2021.

Founded in 2011, Neon Creation is an IP development and production company that specializes in animation and film content that can travel globally. The studio produces traditional 2D, 3D CGI, Flash animation and Toom Boom Harmony animation. In addition, the company is also expanding its capabilities in the AR/VR arena which produces vfx for live-action projects. Neon Creation has been providing full animation services to client studios around the world such as Warner Bros, Nickelodeon, Splash (Moonscoop), Cartoon Network and Xilam.

Neon Creation is currently developing its own projects, co-producing with both Korean and international partners. Among its current projects is DeeDee, a new 11 x 52 animated series which is being co-produced with Toonz Media Group (Singapore/India), Cengkerik (Malaysia) and Telegael (Ireland) and co-distributing with Imira Entertainment (Spain). The first season of the show is premiering on KBS in Korea and a second season is slated to debut in March on 2021. 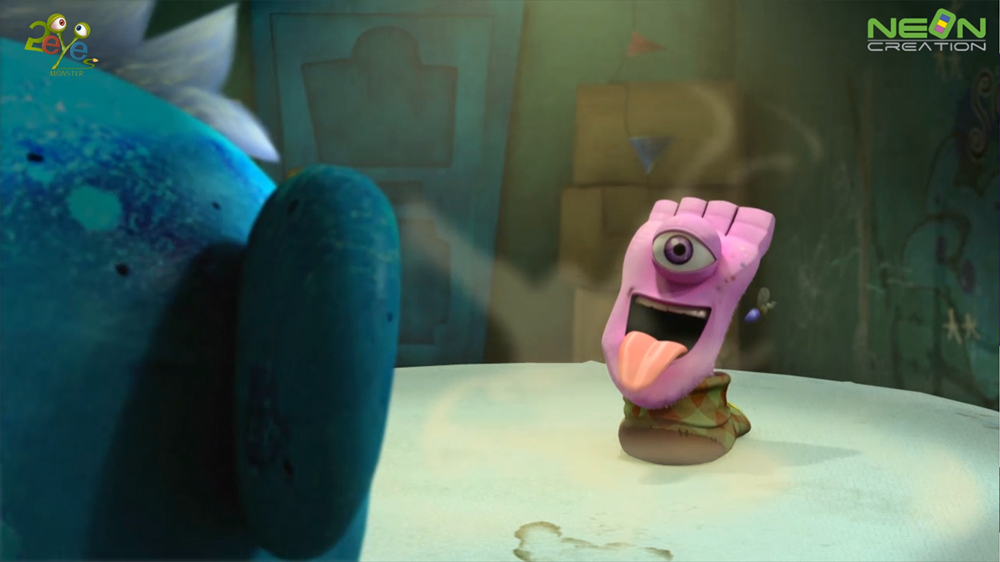 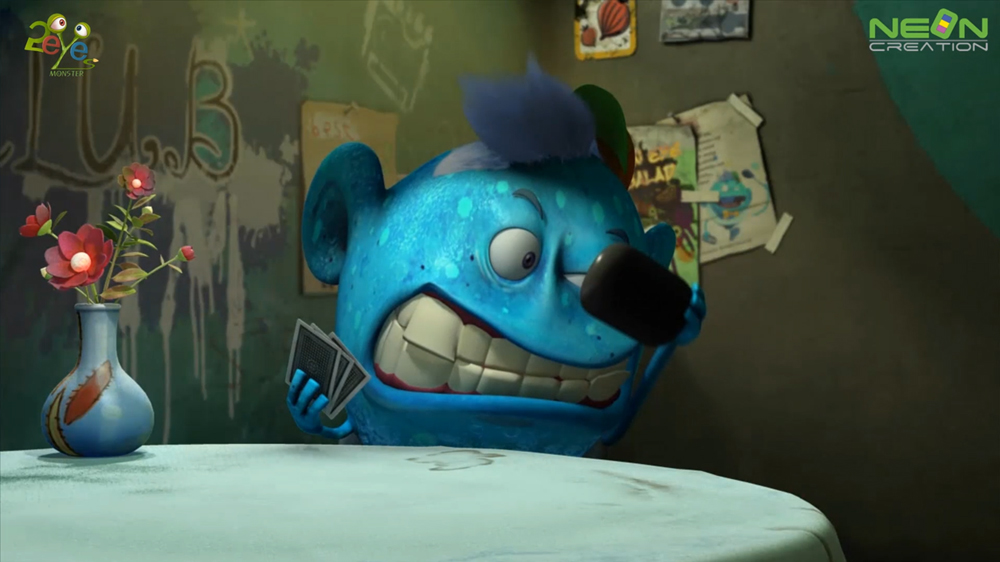 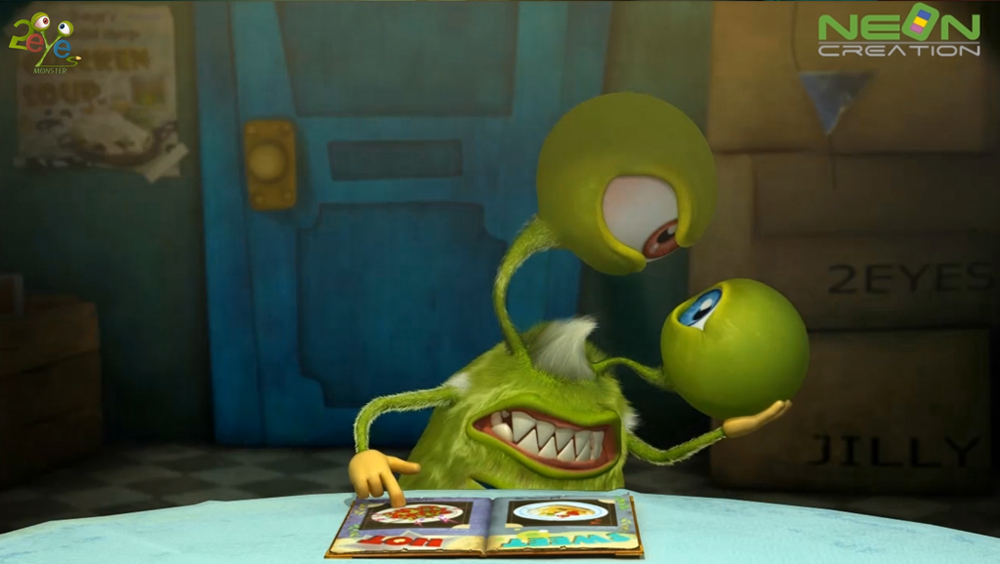