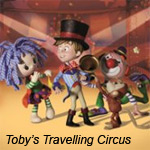 Komixx Entertainment will take its new children’s stop-motion animated series, Toby’s Travelling Circus (52×10’) to this year’s MIPJr and MIPCOM. The show follows the exciting and adentures of Toby—a carefree seven year-old who is the World’s youngest Ringmaster —brought to life by a word-class UK production team. The show has been written, created and produced in the U.K., with the award-winning Manchester studio MacKinnon & Saunders providing the stop-frame model animation. Union Media handles the worldwide distribution for the show. The creative team behind the series has created some of the most celebrated children’s characters including Fifi and the Flower Tots, Bob the Builder and Postman Pat, as well as Tim Burton’s Corpse Bride and Wes Anderson’s Fantastic Mr Fox.

Toby, along with his faithful toy monkey side-kick Momo and his supportive mom Delores, tours the land on a fantastic circus train, putting on a magical show at every stop and having adventures along the way. Joined by Toby’s troupe of performers—one-boy-band, Jango; Chinese trapeze twins Li and Ling; bouncy clown Freddo and his comic fall-girl Clara; and Thor, the Robot Strongman—the cast of the circus faces trials and challenges that teach the importance of ‘practice makes perfect’ and working as a team in order to put on the best show.

Andrew Cole-Bulgin, the company’s CEO and head of Film & TV notes, “Toby’s Travelling Circus is a show that kids and families will love the world over, and MIPJr and MIPCOM will be incredibly important markets for us as we seek out the best partners to realize the show’s international broadcast, licensing and merchandising potential.”

UK’s Channel 5 has already greenlit the series for a second season for its children’s block, Milkshake! before it has even aired the first one. 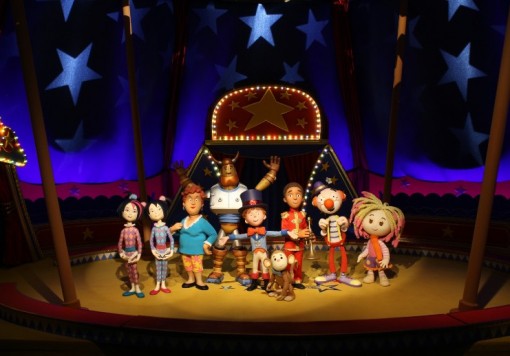