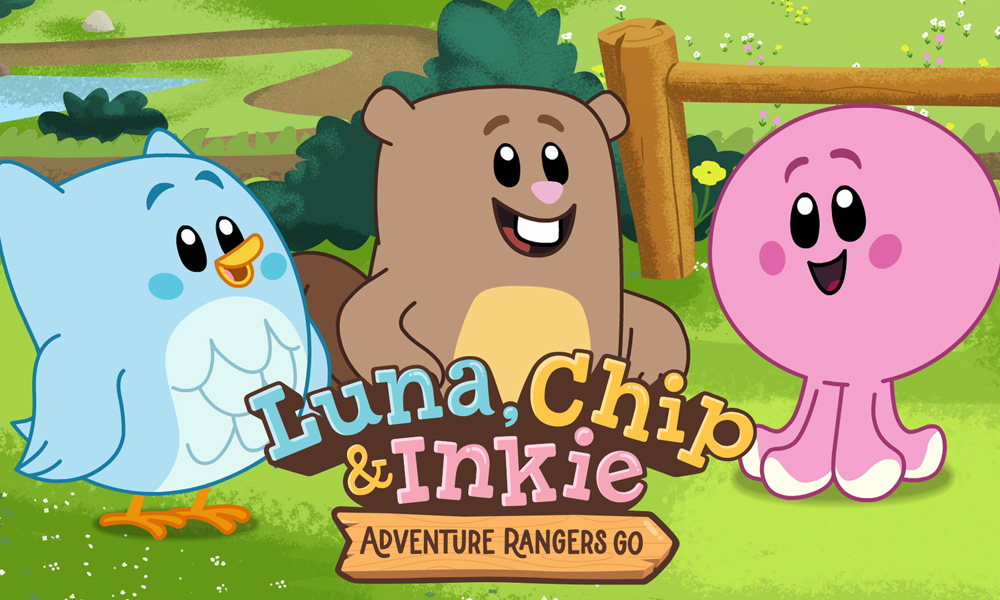 Epic Story will introduce Luna, Chip & Inkie to international broadcasters at MIPCOM, October 11-14 in Cannes, France. In Canada, the series has been commissioned for French broadcast and is being produced in collaboration with Groupe Media TFO.

The music-filled series is based on the well-known animated characters Luna the owl, Chip the beaver and Inkie the octopus, who have appeared in Knowledge Kids branding, books and video games since 2008. In each episode, the trio of enthusiastic helpers tackle problems in their town. But not before they experience some hilarious flops that require them to look for different ways of unlocking a solution.

“Creative problem-solving, resilience and teamwork are central to the mission of Knowledge Kids content,” said Michele Paris, Senior Manager of Children’s Programming and executive producer on the series. “Luna, Chip and Inkie will help kids see new ways of approaching a problem and persevering to get the job done!”

Ken Faier, El Presidente and Founder of Epic Story Media, said, “We’re ecstatic to bring Knowledge’s home-grown IP to a global audience! We see this as an evergreen property that any preschooler can relate too. It’s fun, upbeat, comedic and full of adventure — plus every episode contains an original song that will get you on your feet!”

Set in the forests, mountains, lakes and ocean near the fictional town of Eagle Creek, the series is inspired by the rugged, natural beauty of the Pacific West Coast. “Kids worldwide have spent more time than usual indoors over the past year and half,” said Paris. “This series is a love-letter to nature. We hope it’ll remind kids of the incredible adventures that await them when they head outdoors.”

The beautifully animated 2D series is written and produced entirely in Canada. With a demanding benchmark for quality, the public broadcaster has assembled a team of global experts and award-winning talent for its first-ever preschool production. Paris is joined by Pat Ellingson, retired head of TVO Kids, in script development with executive story editors Shelly Hoffman and Rob Pincombe (The Ollie & Moon Show, Camp Lakebottom). Renowned education and child development consultant Cheryl Gotthelf is advising on scripts, as is J’net Ayayqwayaksheelth, an Indigenous arts educator from the Nuu-chah-nulth tribe on Vancouver Island. Series writers include a number of preschool veterans, along with a diverse group of emerging writers, including graduates of the BIPOC TV & Film Kids TV Writing Bootcamp. Composer on the music-driven series is the Emmy-nominated Daniel Ingram (My Little Pony).

The production has the financial support of the Canada Media Fund, Shaw Rocket Fund and Epic Story Media. Luna, Chip & Inkie Adventure Rangers Go is slated to premiere in April 2022 on Knowledge Network in BC and across Canada on the Knowledge Kids apps and website.