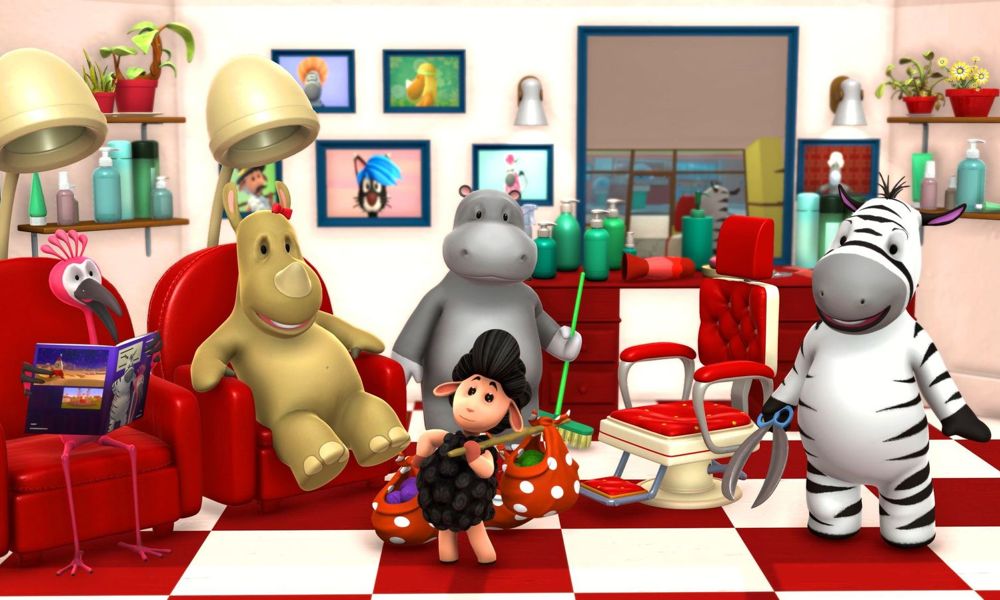 The Adventures of Zeze Zebra

London-based animation studio Keyframe Studios has announced the delivery of the first 13 episodes of the five-minute version of The Adventures of Zeze Zebra. The studio reports high expectations for the new show, as advance screenings have already helped it to seventh place in MIPJunior’s top 30 most-screened list for 2020. It is the only children’s property in the top 10 to be produced without, at time of going to press, a commission, distributor or broadcaster attached.

That strong response is hardly surprising given the very positive reaction to the first Zeze production, a delightful two-minute nursery rhyme-based animation that has enjoyed success on SVOD and AVOD, and early acquisitions from BT Kids, RTL, Hop!, Kidoodle and Ameba as well as Ketchup in the U.K. The extended-format version of The Adventures of Zeze Zebra is again built around the popular two-minute nursery rhyme, but it develops a longer adventure and discovery-based narrative with storylines combining education and activity.

In the extended show, Zeze Zebra, a young and energetic zebra with an abundance of curiosity and imagination, and her best friends – a hippo, a flamingo, a rhino and a sheep – try to figure out the world around them. In each episode they all have an epic adventure – from going to the moon or sailing on the high seas to helping Santa.

Interest in the new format has already been expressed by broadcasters and platforms in North America, the U.K., France and Israel. Another 13 episodes are in production. First/early deals will be announced in the first quarter of 2021.

The Adventures of Zeze Zebra is a technologically innovative 4K 3D CGI production, utilizing Keyframe’s bespoke real-time content production system built around the leading game engine, Unity. This has not only proved a highly effective tool for animators but is also many times faster and more environmentally friendly than traditional processes.

“Zeze has enjoyed enormous traction on the SVODs and more recently AVOD, racking up millions of cumulative views. The data and stats being returned from our AVOD/SVOD partners is really encouraging and it’s rewarding to see The Adventures of Zeze Zebra clearly striking a chord with audiences, inspiring us to offer even more content for Zeze’s fast-growing fanbase,” said Asa Movshovitz, Founder & Animation Director, Keyframe Studios. “With broadcasters in numerous regions now showing interest in the new, extended version, Zeze looks like enjoying a very successful 2021!”