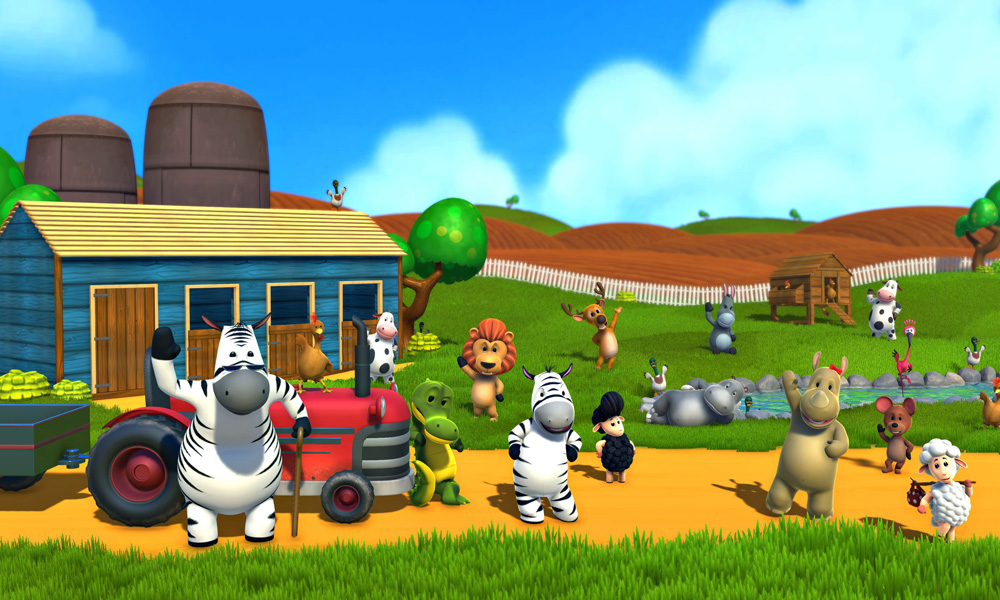 Keyframe Studios, a creative full-service London-based animation studio for 2D and 3D character animation, has teamed up with Beyond Distribution on the sale and distribution of the recently launched 20 x 2’ preschool animation Zeze Zebra.

Aimed at 2- to 4-year-olds, each episode of the CGI series features a well-loved children’s nursery rhyme led by the lovable Zeze Zebra and her colorful, fun friends – a hippo, a flamingo, a sheep, a rhino and Zeze’s Grandpa – with an individual and engaging narrative behind every episode combining education and activity.

Keyframe has already secured a number of deals for Zeze Zebra, notably with leading Israeli children’s channel Hop!, a dedicated free-to-air preschool TV and internet channel. Series 1 of Zeze Zebra has been broadcasting daily on the station in Hebrew since late November.

Now, Beyond Distribution — the distribution arm of Beyond International Limited, a leading production, distribution and digital company — has come on board to use its strong international network of contacts to expand the reach of this Keyframe property, which was well-received at its first MIPCOM in October. The bright, colorful show scored early sales to BT Kids, Hopster, Kidoodle and Ketchup. The show went live on the Kidoodle platform in early December.

Beyond has over 30 years’ experience co-producing and distributing high-quality content. Its sales and acquisitions teams are based in Dublin, London and Sydney. Beyond works with many respected children’s broadcasters, including CBBC and CBeebies in the U.K., CBC in Canada and 7 in Australia, and highly regarded producers such as Open Mind Productions, Drummer Television and Blue Rocket Productions.

“With the launch of Zeze Zebra at MIPCOM this year we were able to secure lots of interest from international children’s buyers,” said Sarah McCormack, SVP, Acquisitions, U.K., Europe and Kids, Beyond Distribution. “This is such a fun and unique program for the preschool market and really bolsters our ever-growing kids catalogue.”

With a growing base of productions and clients, Keyframe can boast an exceptional and varied body of work, including animated sequences for a wide range of kids’ shows and a fast-growing number of standalone series, either in development or in production.

Asa Movshovitz, Founder & Animation Director, Keyframe, commented, “Beyond is a leading independent distributor, with a growing kids’ portfolio and a clear-sighted, supportive and highly professional approach to the market, which attracted us from a very early stage. We’re thrilled to be working with this highly respected company as our talented team continues to build its portfolio of kids’ productions.”