Kavaleer Productions’ animated kids series Kiva Can Do! has been snapped up by broadcasters RTE in Ireland and Lagardere TV in French-speaking EMEA. The 52 x 11 series will begin rolling out at the end of this year through the first half of 2017.

Created by Kavaleer’s CEO, Andrew Kavanagh, Kiva Can Do! follows a seven-year-old inventor named Kiva, her best friend and dog on their imaginative problem-solving adventures. Happy Audience handles the long-term audiovisual and merchandising rights for Kiva and secured the Legardere TV deal.

“Kiva Can Do! is a charming series with positive pro-social stories that are characterized by warmth and cheerful fun that reflects the highly imaginative play patterns of children around the world,” said Brian Lacey of Lacey Entertainment, which handles worldwide TV and home entertainment rights and will offer the show to buyers at MIPCOM this fall.

“Kiva is an especially aspirational character helping to encourage constructive personal development … The storytelling and dialogue among the ensemble cast of characters avoids academic moralizing that children viewers instinctively consider dull and trite. In addition, the very affectionate relationship with grandmother Nanni helps to infuse an important and genuinely authentic trans-generational appeal into the series.” 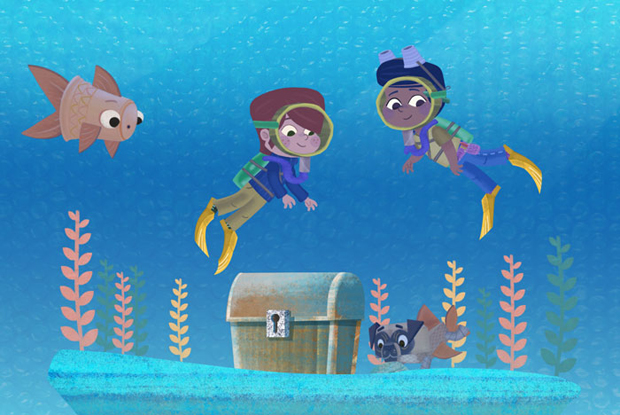