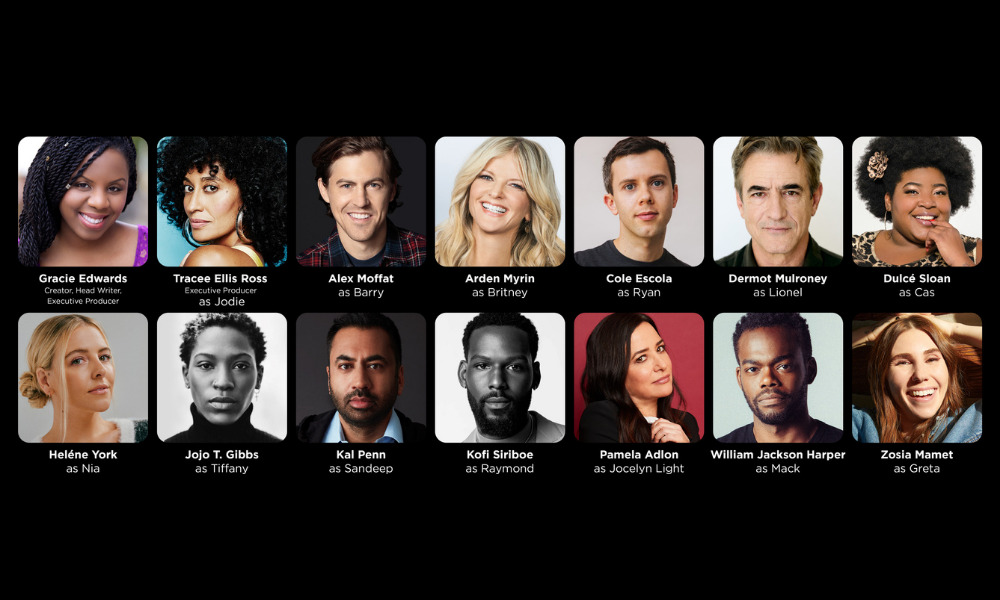 On the heels of celebrating the 25th anniversary of South Park, MTV Entertainment Studios is building on its adult animation slate by announcing the cast of its new animated film Jodie, a spinoff of MTV’s iconic Daria franchise.

Jodie follows Jodie Landon as she leaves college, moves to a gentrifying city, and begins a job at Firstfinity, a mysterious Google-like tech company. The film is executive produced by writer and showrunner Grace Edwards alongside Ellis Ross and Ashley Kohler of Awesome Inc.

As MTV puts it, what Daria did for showing how inane high school was for Gen X, Jodie will do for exploring the trials and tribulations of that first post-college job for a new generation.  The show will satirize workplace culture, Gen Z struggles, tech, social media and more. Just as Daria did for Daria Morgendorffer when it was a spin-off of Beavis and Butthead,  Jodie will delve deeper into Jodie Landon as she goes from feeling like she had to be “the perfect African-American teen” at Lawndale High to headlining her own story.