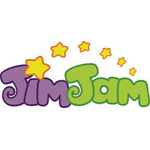 JimJam, an international channel for preschool entertainment, has acquired the animated series Jakers! from Parthenon Entertainment.

Totalling two series (52 x 30 min.), the multi-Emmy award-winning program from Mike Young Productions will launch on JimJam this month. It will be broadcast in several languages across all JimJam channel feeds, spanning Europe, the Middle East, Africa and Asia.

Jakers! is a state-of-the-art children’s television series chronicling the boyhood adventures of Piggley Winks, a charming 8-year-old pig from Ireland. The stories are told through the eyes of Piggley Winks as an old pig, entertaining his grandchildren with his young escapades.

“The top class storytelling and cheeky characters in Jakers! make it one of the best series around for preschool children,” says Dermot Shortt, CEO for leading international broadcaster Chello Zone and broker of the deal. “Piggley Winks and his friends are the perfect addition to JimJam’s line-up, which showcases some of the world’s most entertaining and best-loved pre-school TV characters”.

Since its launch in 2006, JimJam has rapidly expanded across four feeds and into more than 50 territories, including Poland, Russia, Hungary, Switzerland, Czech Republic, the Netherlands, Portugal, Greece, the Middle East, Singapore and Indonesia.  It is available in 12 languages and has a strong online presence with 11 localized websites via www.jimjam.tv.