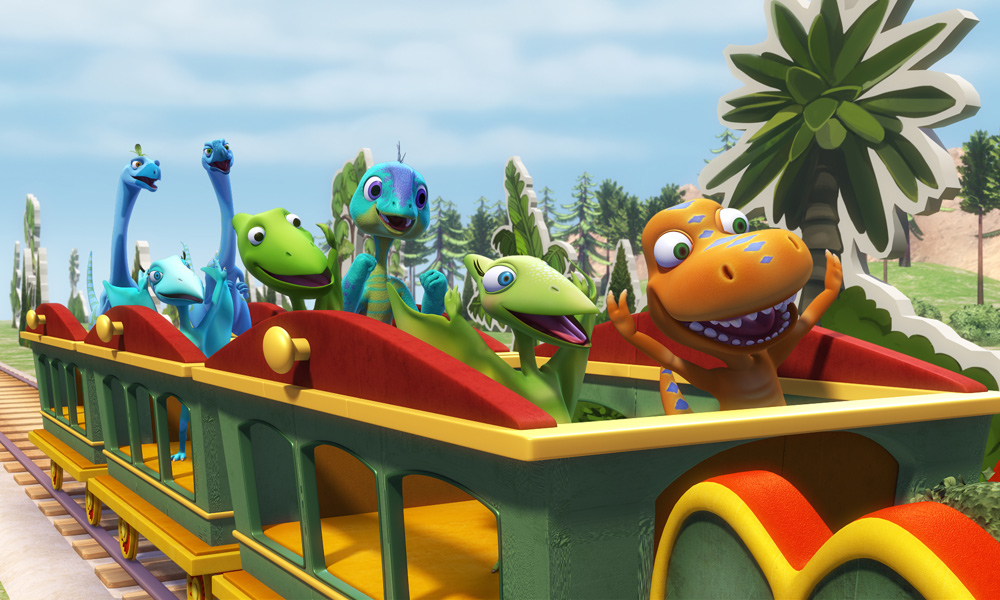 The Jim Henson Company is producing a 22 x 11’ fifth season of its Emmy-nominated and Parents’ Choice Silver Honor series Dinosaur Train, pulling into PBS KIDS stations in Summer 2019. The show, a hit both in the U.S. and abroad, will celebrate its 100th episode milestone as a result.

Season 5 of the colorful CG Dinosaur Train adventures continues the exploration of natural science with an emphasis on adventure, discovery, new inventions, social-emotional learning and traveling outside our comfort zone. Buddy and his adoptive family of Pteranodons will visit different climates, go underground, under the sea, and even up in the air in their search for the new and unknown, meeting and making new dinosaur and even non-dinosaur buddies along the way!

“We have been honored by the millions of preschoolers from around the world who have joined us on the Dinosaur Train – adventuring with T-Rexes and Pteranodons, discovering new and exciting creatures, and learning how our natural world works,” said Halle Stanford, President of Television, The Jim Henson Company. “In our fifth season, kids (and parents) can expect to explore new time periods with Buddy and his family, from the Ice Age to the Cretaceous! Craig Bartlett and his amazing production team have more incredible Dinosaur Train adventures in store for all and it’s going to be an amazing ride!”

Created by Craig Bartlett (Hey Arnold!), the show embraces and celebrates the fascination that preschoolers have with both dinosaurs and trains while encouraging basic scientific thinking and skills. Each episode includes animated segments with live-action sequences featuring a paleontologist who brings to life the natural science and natural history curriculum for preschoolers, giving specific facts about dinosaurs and comparing their features to animals of today.