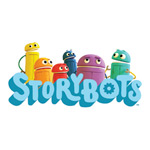 Gregg and Evan Spiridellis and their successful Internet enterprise JibJab are entering the kids IP market this week with the launch of their new multiplatform property StoryBots. According to Variety, the new property revolves around a cast of colorful square- and rectangular-shaped creatures that live under the screens of iPhones, iPads, computer and TV screens and aim to make learning fun for kids 2 to 6.

The Spiridellis have essentially borrowed what proved popular for JibJab’s online videos and greeting cards — the ability for viewers to become part of the onscreen action by inserting their photos onto animated characters. Over 250 million faces have so far been uploaded to JibJab. “Personalization is a huge component of ‘StoryBots,'” Gregg Spiridellis said.

A new ebook will be available every month for $3.99, with additional titles available for $1.99 each. There are currently 18 “StoryBot” ebooks available, with themes ranging from pizza to princesses. The “Beep & Boop” app launched in March and, without much fanfare, it has already been downloaded 150,000 times in 89 countries. 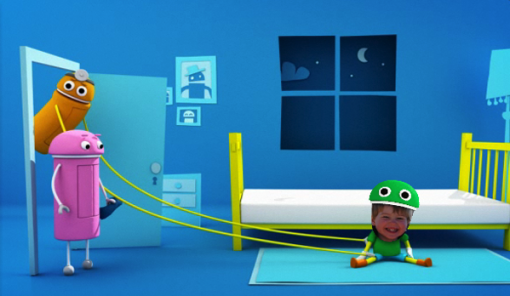 In 2004, Venice-based JibJab began to form a huge following thanks to its clever animated  election-themed shorts and songs like “This Land” and the “Elf Yourself” app for OfficeMax. The company has decided not to introduce a new parody song for this year’s election, opting instead to focus on launching StoryBots.

“Our vision for StoryBots is to build hundreds of products in the coming years that kids will love and parents can feel great about,” said Spiridellis. “We want StoryBots to be the equivalent of ‘Sesame Street’ for a connected generation.”