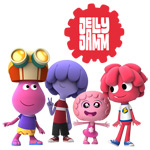 Since its debut in September, Vodka Capital and 737 Shaker’s colorful CG-animated preschool show Jelly Jamm has built a solid audience on Cartoonito and Discovery Kids across Latin America. In November, the 52 X 11 series debuted on RTVE’s dedicated children’s channel CLAN in Spain. In six weeks, the show delivered ratings that were consistently above Clan’s channel average in all slots and a share of 31.1% for preschoolers (4-6) and a 17% share for kids 7-9. Jelly Jamm also ranked as the top-six most viewed shows with over a million page views on RTVE’s kids’ portal, the leading online destination for kids content in Spain.

Aimed at 4-6 year olds, Jelly Jamm is set on the magical planet Jammbo, origin of all music in the universe. Co-produced with RTVA, Bandai and Big Picture, the comedy series celebrates creativity, music, fun and friendship, following the adventures of five friends and the fun times they have as they learn to live in harmony on Jammbo, a planet that has a one-of-a kind relationship with music.

“We always knew that Jelly Jamm had the potential to become a very popular show, but we never anticipated that we would have such strong performance so early on in Spain,” says Victor M. Lopez, CEO of Vodka. 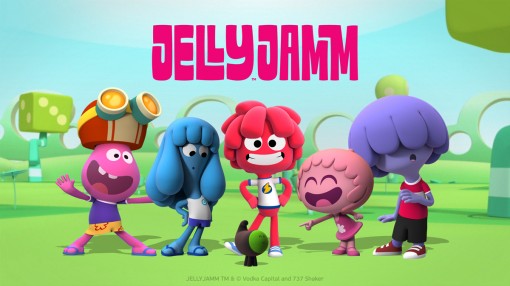 Other FreeTV broadcasters for the show include UK’s Milkshake!, Italian DTT channel Cartoonito, RTP in Portugal, Telequebec in Canada and Televisa in Mexico. For more info, visit www.vodkacapital.com.

Here’s a taste of Jelly Jamm for you: