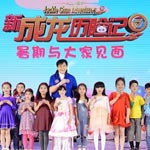 International martial arts icon and film star Jackie Chan made an appearance at the Rosewood Hotel in Beijing on Thursday to unveil his latest animation project, All New Jackie Chan Adventures (a.k.a. J-Team) — a 3D TV series centered on Chinese culture and values. The 104-episode series was announced at MIPCOM last fall, and is produced with a $6 million budget by Zhejiang Talent Television & Film Co., Khorgas JJ Culture Media Co., and VJ Animation Studio.

The storyline revolves around a team of heroes who guard the “dreamlands” against the threat of nightmarish monsters, ensuring that every child can have sweet dreams at night. Child actor Kyana Poppy Downs stars as the main character’s partner and sidekick. The concept was developed and fine-tuned with intensive research into the preferences of Chinese children. All New Jackie Chan Adventures also promotes positive values, highlighting Chinese etiquette, traditional values, good habits and discipline — principles which mirror Chan’s own.

“With young children increasingly searching for new role models to look up, it is imperative that celebrities in China use their influence to help shape the values of today’s young Chinese children and indeed people in general,” Chan said at the press event.

The show is set to air all across China on three (so far) satellite kids’ channels and some 200 terrestrial channels, including Hunan TV Children’s Channel, JiajiaKT, BTV’s Kaku, JSTV’s Youman, and Toonmax. International agreements are already in place with Mondo TV, Bomambridge, Rainbow, Shemaroo and MBC Group.

The producers tout All New Jackie Chan Adventures as the first Chinese-funded animated series up to international production standards, and are aiming to emulate the success of the hit 2D toon Jackie Chan Adventures, which aired from 2000-2005 on Kids’ WB in the US and rolled out to over 60 countries worldwide.

A multichannel model based around the IP is also being planned to extend All New Jackie Chan Adventures beyond broadcast and into games, consumer products, live events, books, theme parks, et al. “This new cartoon series is not limited to the TV screen. In many ways, it will be children’s companion as they grow up,” added Chan. 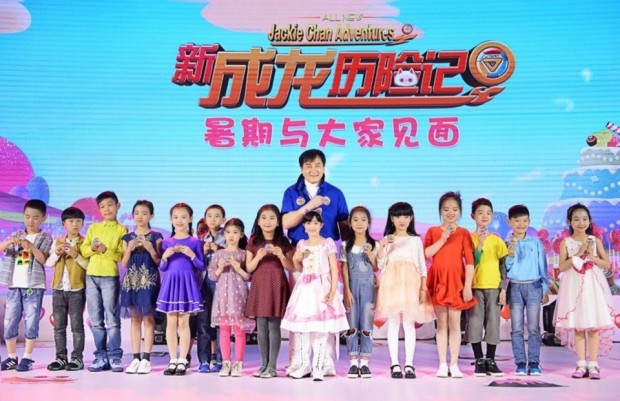