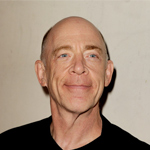 Oscar-winning actor J.K. Simmons (Whiplash) is taking his first trip to Bikini Bottom for a guest voice star role in SpongeBob SquarePants “Snooze You Lose” — a brand-new episode premiering Saturday, March 4 at 10 a.m. ET/PT. In the new installment, Squidward is so tired that SpongeBob and Patrick can’t wake him up, but the pals are determined not to let him miss his big audition.

Simmons lends his voice to “Maestro Mackerel,” the middle-aged and impatient conductor of the Bikini Bottom Philharmonic. Beautiful music sends him into ecstasy, but bad playing is physically painful to him. And he shows his displeasure by tying instruments into knots … usually around the poor musician’s head.

The episode premiere will be followed by a special half-hour episode of Bunsen Is a Beast at 10:30 a.m., which will be a chaotic crossover with creator Butch Hartman’s long-running series The Fairly OddParents. In “Beast of Friends,” Bunsen takes Mikey to Dimmsdale to meet Cosmo and celebrate their “Friend-iversary, with Amanda following. The gang has a great time, until Mr. Crocker and Amanda team up to take them down. 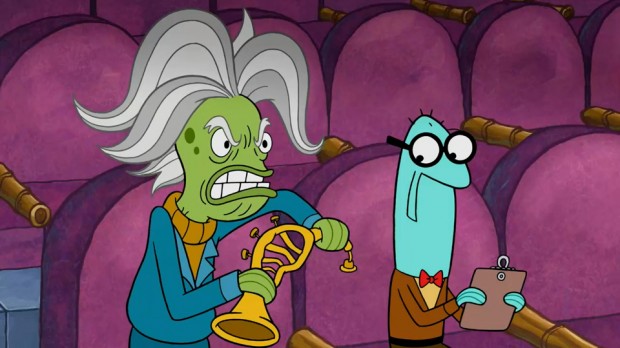 You may also like...
Related Topics:Bunsen is a Beast!, J.K. Simmons, SpongeBob Squarepants, The Fairly OddParents, Whiplash