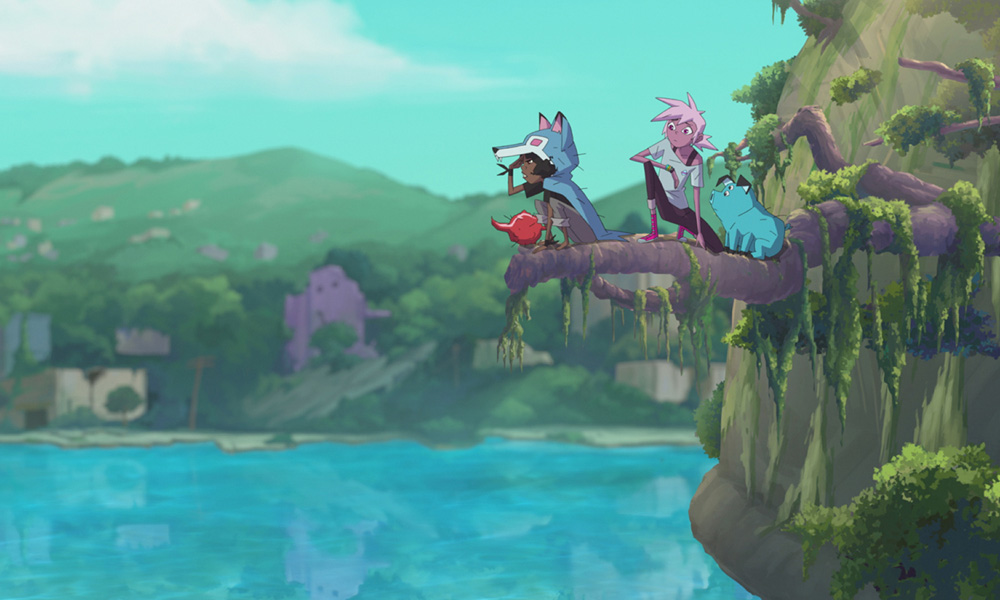 Radford Sechrist and Bill Wolkoff are genuinely excited about presenting their charming new post-apocalyptic survivor to Netflix audiences. After all, the two creators worked hard to make their highly imaginative, funny and endearing 2D-animated series Kipo and the Age of Wonderbeasts for over four years. The first season of the show, which debuted this week on Netflix, centers on Kipo, a young Korean-American girl (voiced by Karen Fukuhara) who is finding her way in a mysterious world where humans have been forced to live underground and animals have mutated in unexpected ways.

Sechrist, a story artist on features such as Kung Fu Panda 2, How to Train Your Dragon 2 and Penguins of Madagascar and head of story on Sony’s Wish Dragon, says he came up with the idea for the show just walking around his neighborhood in Los Angeles. “I knew I wanted to create a project that was set in a post-apocalyptic world, so I’d walk around Los Feliz and try to imagine what everything would look like with overgrown plants and mutated creatures walking around some 200 years after a major apocalypse,” he recalls. “I’d go to the coffee shop and see a barista dressed like a lumberjack and try to imagine how a cat would look in that same outfit. I also based a lot of the characters in the show on my friends and people I knew.”

Originally, Sechrist conceived Kipo as a webcomic, but when DreamWorks Animation TV CCO Peter Gal discovered his concepts, he encouraged Sechrist to pitch it as a TV show. “I pitched the series as, ‘Walking Dead,​ but everything that’s trying to kill you is adorable,’” he says. “Our main character, Kipo, grew up in an underground city, and life for her was pretty much like ours. Her burrow gets attacked, she ends up on the surface for the first time, and she’s like the viewers’ gateway in.” 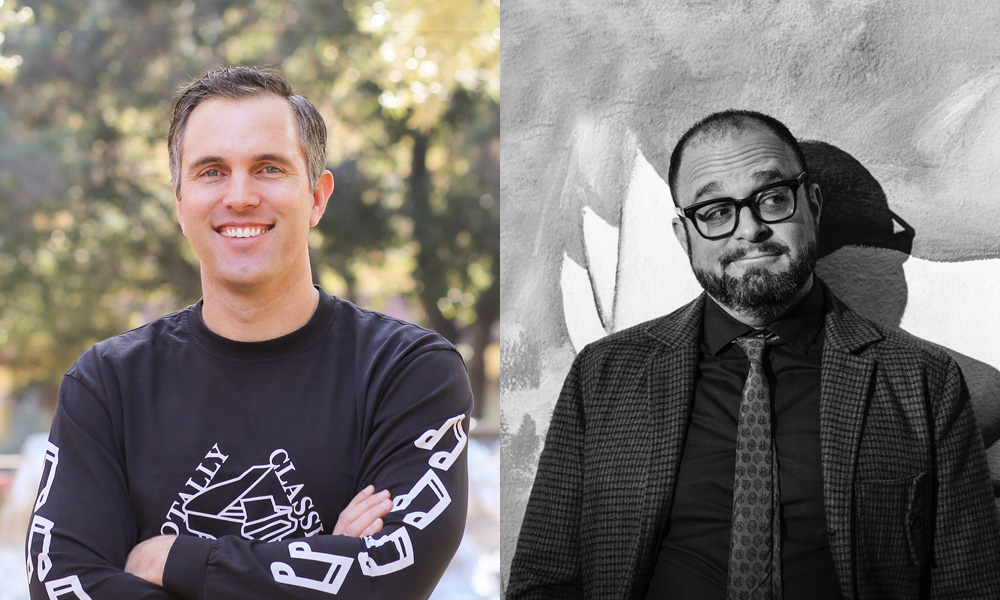 Before long, exec producer Bill Wolkoff also joined the project to help guide and pace the narrative. “I saw the potential to tell a big story about a young girl coming of age against this amazing, irreverent backdrop that had incredible adventure and comedy,” Wolkoff says. “I loved Kipo instantly. Here is this relentlessly positive person with this great sense of wonder, set it in a dangerous world, which would turn most people cynical. This was the perfect character to root the rest of the show around.” 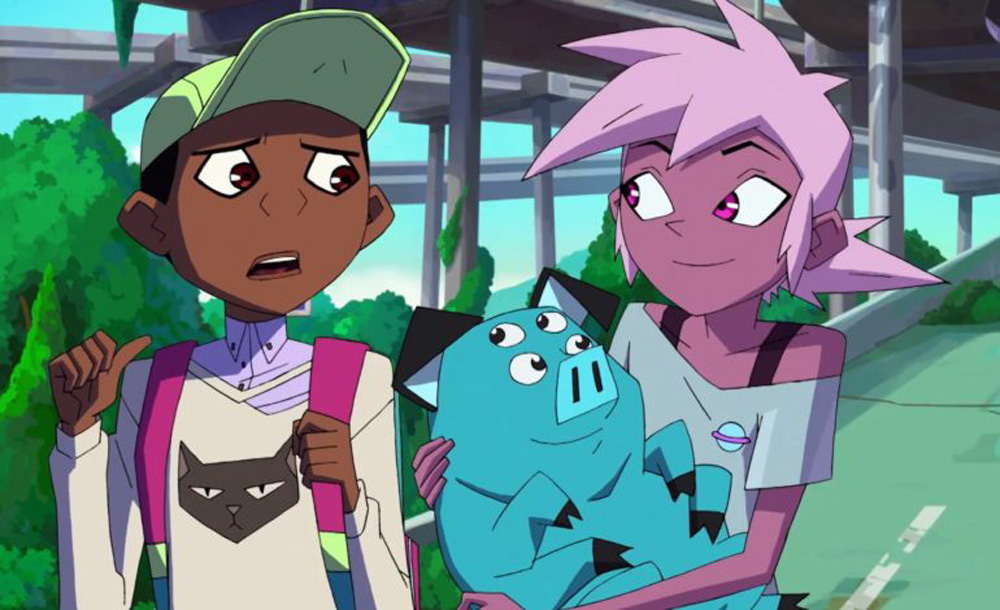 Wolkoff, who has written for shows such as TRON: Uprising, Star Wars Rebels and Once Upon a Time, says he can’t praise Sechrist’s unique vision and drawing style enough. “The show stands out because his style is such a huge part of every frame. I’m so excited to tell this whimsical end-of-the-world story that is not bleak and apocalyptic.”

The show’s visuals owe a lot to some of Sechrist’s favorite movies and TV shows from his youth. “It’s definitely influenced by a lot of anime,” he says. “I am a huge fan of things like Tekkonkinkreet (2005), Studio Ghibli movies and Attack on Titan, as well as American shows too, like Teen Titans. So, it is a mixture of things I love.”

Helping bring Sechrist and his team’s visions to animated life is South Korea’s Studio Mir, best known to U.S. viewers for their work on acclaimed shows such as The Legend of Korra and Voltron Legendary Defenders. “We were looking at some different animation studios, and I was always a huge fan of Studio Mir. They had worked on all my favorite shows and I was super excited to have the possibility to work with them.” According to Sechrist, Studio Mir generates some 22,000 hand drawings per episode for the series. “It’s all drawn on paper and pencil,” he says. “All completely hand-drawn.” 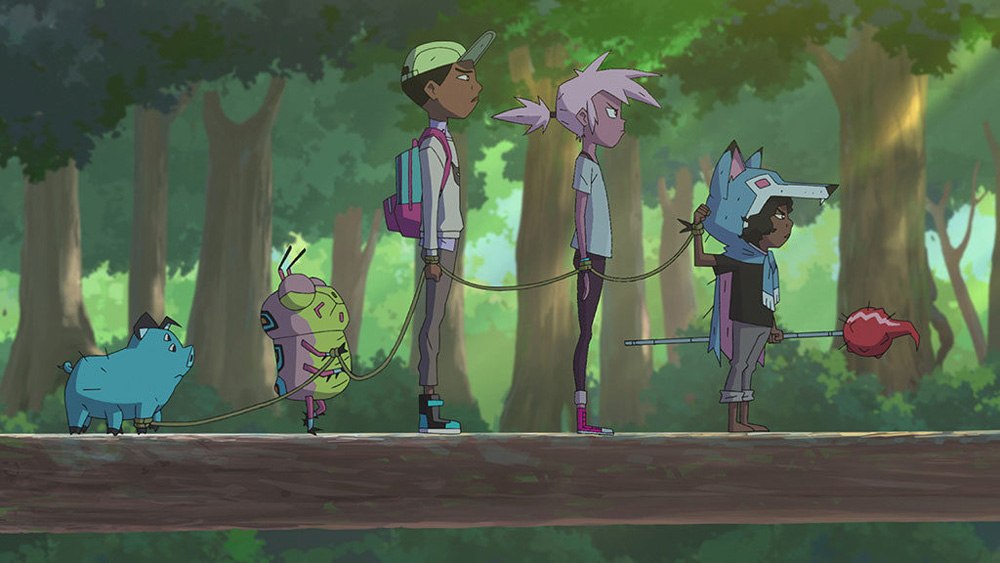 The production team included five writers in addition to Sechrist and Wolkoff. “For our first season, we had two teams, and each team had a director and three board artists,” says Sechrist. “It takes us about six weeks to board the show. Then our editor would work on the animatic, and we would ship that overseas to Korea. Mir would send us back a full pass, full-color animated, at which point we would do a few retakes — but they would do such a great job. I talked to other people who work on shows, and they were quite surprised at how few the retakes were that we needed to do with Mir.” Approximately 60 people worked on the show at DreamWorks, and about 55 at Mir.

Of course, both Sechrist and Wolkoff admit that the experience has had its share of challenging moments. “I had worked in features before this, so I was quite shocked by the speed with which people work in TV,” says Sechrist. Wolkoff adds, “This was the first time exec producing for both Rad and I. The main challenge for me was that we had to create this rich mythology for this series. We had a lot of conversations about the role of each character and where it was going. We are also fortunate to have a great writing staff that really took ownership of the show. It was an epic undertaking.” 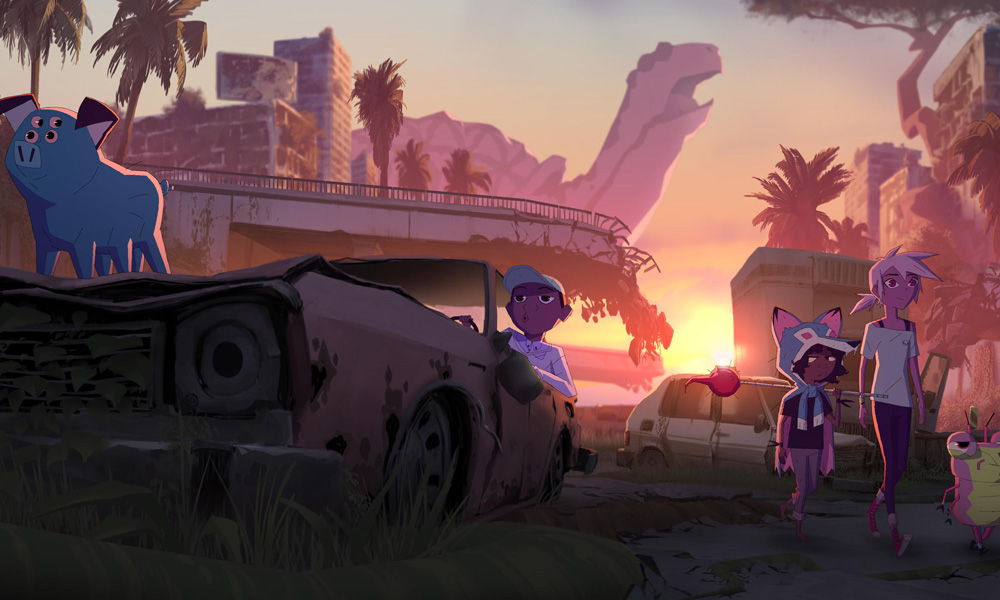 Wolkoff says he’s really excited that he and his team get to tell a kind of story that is quite rare in children’s animation. “We also have a really diverse cast that is reflective of the world today,” he adds. “It was really important for Rad and I to have a creative team that was diverse and inclusive to tell these stories in the best way. We wanted to empower our team to make decisions that we couldn’t have made on our own. That’s why the show feels authentic and has a fresh perspective. It’s also very funny.”

“For me, every day of working on the show feels like Christmas morning,” admits Sechrist. “It really never gets old. I have this grin on my face. I thought it was so exciting to tell this story that was fun and funny and cool. I thought it was so great that we could go so much deeper a season of the show than we could with a feature. DreamWorks let us do some really cool stuff, and I was actually surprised that they let us do some of the messaging that we got to do throughout the show. I can’t be any more specific because I don’t want to give away any spoilers!” 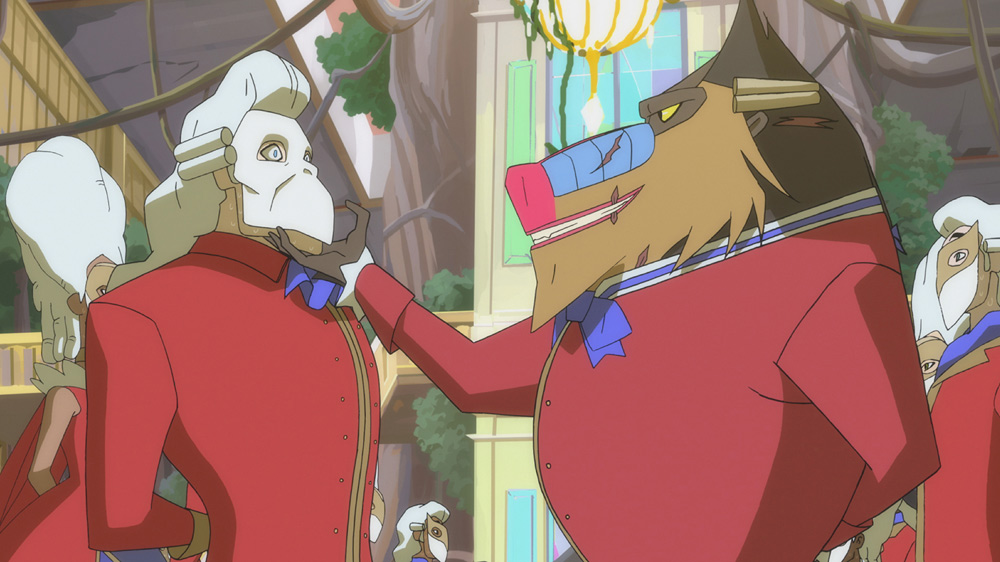 Sechrist, who studied chemical engineering at UC Santa Barbara, actually began drawing comic books for fun when he was in college. “I grew up drawing, but when I graduated from high school, I didn’t know animation could be a career,” he recalls. “It wasn’t until I published my comic books and met other artists and professionals when I realized that I could pursue comics and animation as a career, so I moved to L.A. and got into animation.”

For Wolkoff, it was the National Film Board of Canada and shorts such as Richard Condie’s The Big Snit that prompted him to get into writing for TV after finishing his studies at Wesleyan in Connecticut. “I actually made animated films in college. When I saw the Big Snit, I couldn’t believe that animation could do so many things at once — be funny as hell and tell a deeply emotional story as well. That was the bar I set for myself. I wrote a 10-page script during my senior year, but only got to animate two pages of it. I knew then that I was best suited for writing.” 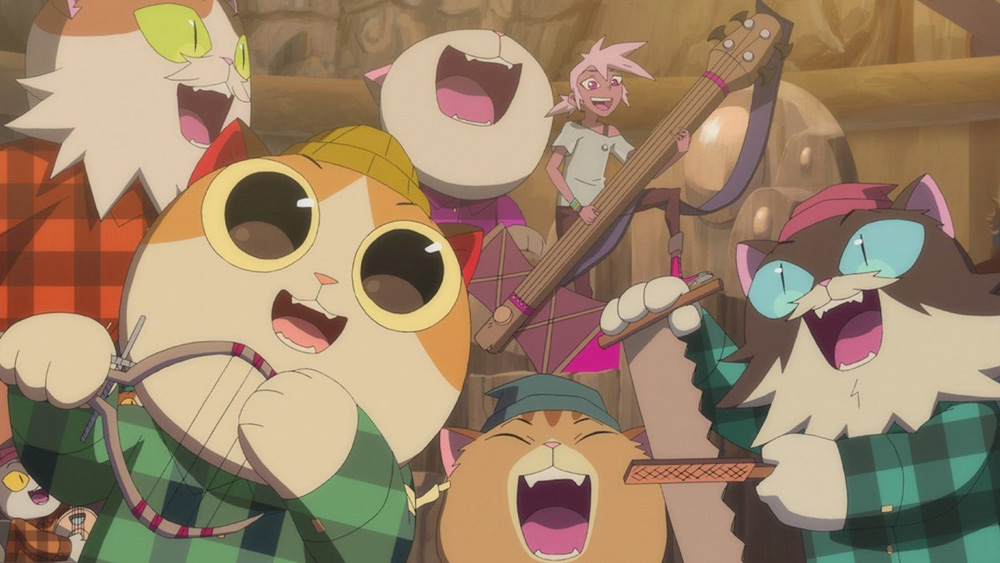 The dynamic duo offer a couple of tips about getting into animation before the end of our interview. “If you want to be an artist, I always tell people to check out the Concept Design Academy in Pasadena, Calif.,” says Sechrist. “It’s a great place to learn.”

“I would say watch the TV show or movies that you love very closely and try to understand what they do,” says Wolkoff. “Study them carefully, and then decide what it is that you have to offer; what is the perspective that only you can bring to the world, and that will help you find your path in animation.”

The first season (10 episodes) of DreamWorks’ Kipo and the Age of Wonderbeasts is currently available to stream on Netflix.