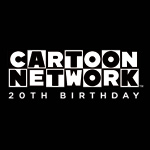 Two decades after its launch, the 24-hour cable channel is one of the most influential forces in pop culture and the toon business.

It all started with Daffy Duck. This month as Cartoon Network celebrates its 20th anniversary on the air, classic Looney Tune fans can look back and celebrate the fact that the cabler’s first offering was Bob Clampett’s Great Piggy Bank Robbery, a 1946 spoof starring Bugs Bunny’s big-time rival.

In the two decades since Ted Turner launched the first 24-hour channel devoted to animation in Atlanta, numerous characters and shows have entertained cartoon fans of all ages, but Daffy’s irrepressible spirit continues to inspire a new generation of creators and artists at the thriving studio.

The risky venture, which began its life as a venue to air the evergreen library of classic toons (including Hanna-Barbera shows, MGM, Associated Artists and early Warner Bros. shorts), had an initial audience of two million households. But a year later, its numbers had gone up to nine million and it had managed to appeal to a quickly expanding population of adults and their kids. 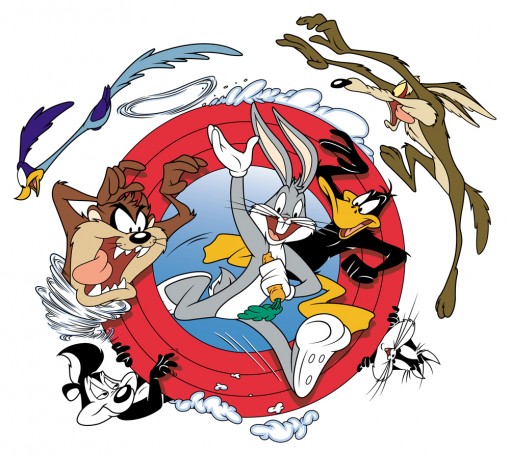 Today, CN is available in 200 countries and over 360 million households and is billed as the number one U.S. household with boys, 6-11. While many still look back fondly at the days when shows such as Dexter’s Laboratory, Johnny Bravo and The Powerpuff Girls were on the air, the cabler is bigger than ever thanks to the popularity of newer toons such as Adventure Time, Regular Show and The Amazing World of Gumball. And let’s not forget the pop culture jaggernaut that is Adult Swim, basic cable’s number one network for young adults 18-34, where oddball shows like Aqua Teen Hunger Force and Squidbillies are allowed to be as crazy as they want to be.

As CN’s first general manager Rob Sorcher recalls, those early years taught the staff to be inventive about the content, because anything was possible.

“We used great packaging and marketing to bring back Bugs Bunny and all the old Warner Bros. cartoons from the 1940s,” he recalls. “I came from an advertising background, so I gravitated towards things that were about youth and kids. I think we did a nice job of bringing back all those classic shorts and repackaging them for the audience back then, and they responded to the idea of a place where they could get that content all day and night.” 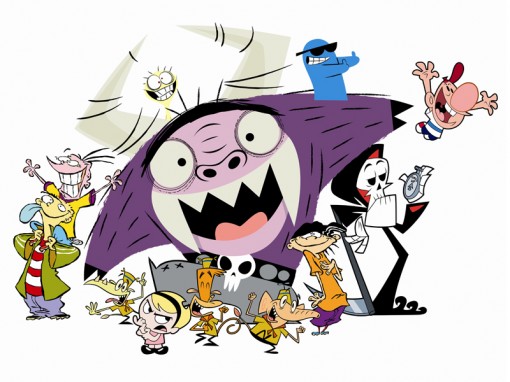 Sorcher, who left the company in 1999 to work as exec VP at Fox Family Channel, USA and AMC, returned to Cartoon Network in 2009 to become chief content officer.

“You know, once you get inside animation and work in this area of entertainment, something about it calls you back,” he adds. “I love working with artists who think visually. I feel very privileged to connect with so many talented people who interpret things and raise the bar with the vitality of the things they create. We have to continually re-invent what we do in animation. We’re limited only by what we’re rendering…It’s very different from live action.”

This approach to creating something that wasn’t available on other TV networks and cable channels eventually led to a join initiative by Hanna Barbera and CN to find and develop new talent. Under the leadership of Fred Seibert, World Premiere Toons (aka What a Cartoon!) became a great launch pad for shows such as Genndy Tartakovsky’s Dexter’s Laboratory, Craig McCracken’s Powerpuff Girls, Van Partible’s Johnny Bravo, David Feiss’s Cow and Chicken and John Dilbert’s Courage the Cowardly Dog. In 2008, a similar shorts experiment called Cartoonstitute was spearheaded by Sorcher and exec produced by McCracken and Rob Renzetti. 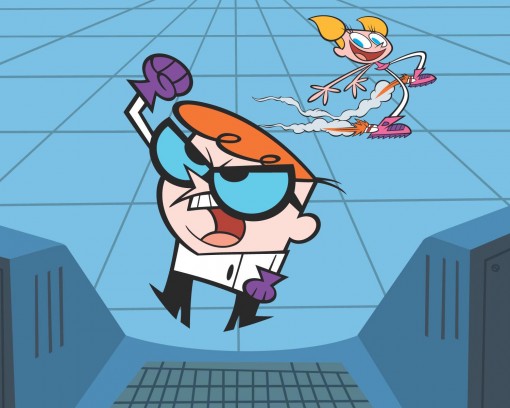 “Many of those early shows have inspired our new generation of creative talent,” says Sorcher. “We are doing things that are completely new today. With series like Adventure Time and Regular Show, we have embraced this new breed of animators. They’ve certainly connected with a huge audience although they each have their own unique voice.”

As many pop culture observers have pointed out, there’s a new sensibility at work in this new “millennial toons.”

“Their sense of humor is very different from cartoons that were made ten or 20 years ago,” notes Sorcher. “They’re certainly informed by the Internet and there’s a quality of random humor and sincerity about them. For me, it’s exciting to see these new looks and styles and I really like the sense of positivity you find in these shows.” 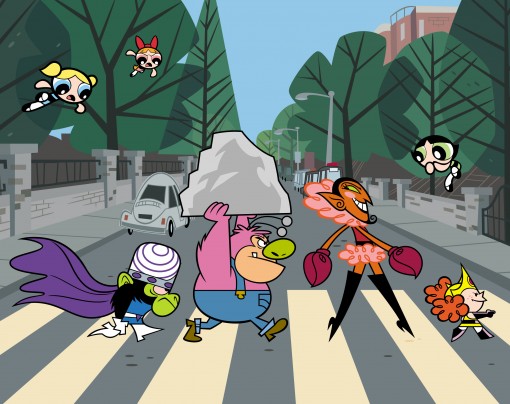 Fortunately, this breed of CN toons has brought back some of the disappointed fans, who weren’t too pleased about the introduction of live-action shows and reality programs in 2009. Back then, the Internet was flooded with angry messages about the unnecessary inclusion of live-action fare in a format that was supposed to be all about cartoons. A the time, the execs assured die-hard fans that the majority of the CN programming will always be devoted to animation and the live-action material will be “in the spirit of animation.”

“There is an audience out there that are purists and they don’t want to see anything but animation,” acknowledges Brian Miller, CN’s senior VP and general manager. “But we want to offer the best programming we can make—whether it’s live action or animation. I think our live-action shows also speak to our audience.”

Miller, who has been with CN for about 12 years now, believes that what has worked in the studio’s favor is being a bit different from its flashier competitors. 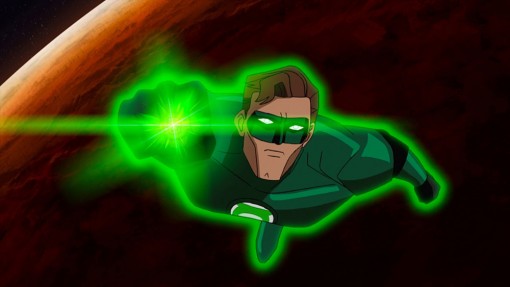 “We’ve always been on a different plane,” he offers. “What worked 20 years go still works for us today. I think sticking to who we are and not changing our content in a drastic way has worked for us.” 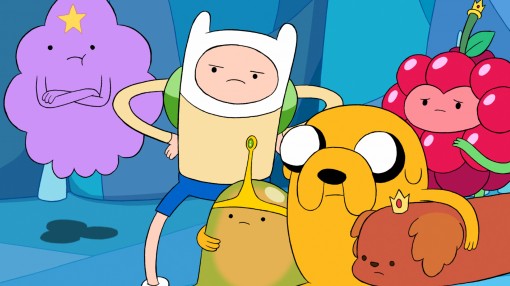 CN: The Next Generation

Just last month, Cartoon greenlit two more quirky comedies: The first is Steven Universe, a quirky comedy created by Adventure Time alum Rebecca Sugar and it’s about the youngest member of a team of magical Guardians of the Universe. The other is Uncle Grandpa, created by Peter Browngardt (Secret Mountain Fort Awesome) based on his award-wining short following the exploits of the magical uncle/grandpa of everybody in the world! Amazingly enough, Sugar is the first woman show creator in the history of the cable network!

“If you look back at where we were 25 year ago, the TV landscape was filled with shows that were created just to sell shows,” notes Miller. “I was working at DIC at the time, and people would come to us and ask us to do a show based on these toys. It was a totally different approach to animation. Today, we are all about supporting creative visions and fostering an environment that allows these young artists to pursue their dreams. It’s about making the best creative you can make—not about selling toys.”

So what about the next 20 years? Will we be floating in CN’s augmented animated worlds and hanging out with animated holograms of Finn and Jake in our living rooms? Sorcher says Cartoon Network will adapt to the times. 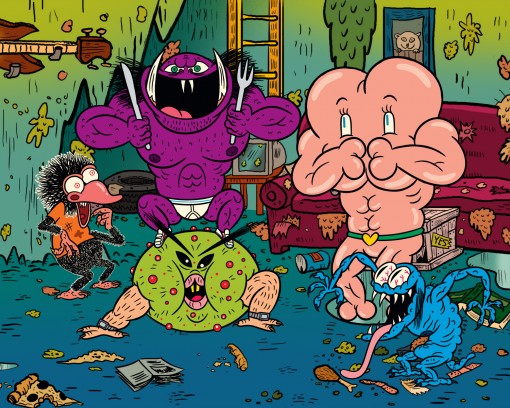 “The most important thing that we do is making memorable, amazing animated content,” he says excitedly. “It doesn’t matter what platform or device we’re on. The only thing that matters is the magic, the creative ideas and vision in the core of it all. You can talk about business strategies as much as you want, but none of that will matter unless you have the magic in the core.”

Ready for their Market Close-Ups
A Tiger Cub Gets His Own Show!