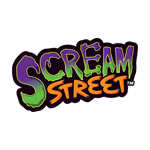 Inside an unassuming red brick building on the outskirts of Manchester, England, a fantastical world of werewolves, mummies and vampires is taking shape. Factory, the full-service animation studio behind hit shows such as Clangers and Newzoids, is working on its most-recent project: a stop-motion adaptation of children’s book series Scream Street.

That’s because Scream Street, a fast-paced action-adventure series with a large ensemble cast, has already been green lighted for 52 11-minute episodes, which began airing just before Halloween in the United Kingdom on the BBC’s children’s network, CBBC. (International distribution is still being hammered out.)

“It is a leviathan production,” says Chalk. “We’re making five feature films in two years, effectively.” Director Geoff Walker agrees that making the show is a “logistical nightmare.” “They’re always changing sets,” he says. “And the amount of props and level of detail. It’s an ever-evolving thing.”

Loosely based on a series of comedy horror books by British writer Tommy Donbavand, Scream Street centers around a young werewolf called Luke and his friends: Resus, a vampire; and Cleo, a youthful-looking 2,000-year-old mummy. The trio of intrepid tweens are still learning to master their otherworldly attributes, which acts as a comedic counterpoint to the “horror” elements of the show. “Luke is a werewolf in training,” says Chalk. “So if he wants to magic his snout to sniff something, it might be his ears pop out, or his tail comes off, or his feet. He’s not got full control over it.”

With Scream Street‘s target age group spanning ages 6 to 12, it was important to balance the scares with laughs at every stage of production. “We’re always looking for the comic rather than the horror,” says Barbara Biddulph, Factory’s in-house production designer and art director, who previously worked on Frankenweenie. “So there’ll be a spider, but it’ll be a spider with googly eyes. You push the cartoon side of it.”

Certainly the show’s sprawling gothic sets and doe-eyed maquettes (produced by long-time Tim Burton collaborators Mackinnon & Saunders) evoke the dark yet family-friendly ambience of big-budget productions such as Frankenweenie and ParaNorman. Although, as Chalk points out, Scream Street is being made at a fraction of the cost.

“That was the first thing that was levelled at us,” he says. “‘Stop-frame is going to be too expensive.’ ‘It’s not going to be practical.’ What we’ve done over many years is amassed tons of experience and we’ve got a wonderfully talented bunch of people, so we’re able to produce it on a TV budget, yet the production values are right up there.” It’s something that’s also been made possible by the U.K.’s animation tax credit as well as developments in technology, such as the more cost-effective DSLR cameras, and nifty shortcuts like rapid prototyping of the ensemble cast, where they keep the maquettes’ bodies but swap out their heads.

“Appropriate for our show,” Chalk quips.

Still, co-producers Walker Entertainment (the production division of Walker Books, which publishes the novels), international media group and rights owner Coolabi, and CBBC, all freely admit they had their reservations when Factory first pitched the idea of making the show in stop-motion almost five years ago, having originally envisioned it as a live-action or CG adaptation.

“Usually you don’t do action-adventure in stop-frame; it’s quite hard to pull it off,” says Lucy Pryke, executive producer for CBBC. “Factory have shown us that you can do it and you don’t have to have a feature budget.” “I definitely had my reservations,” says Zoe Bamsey, executive producer for Coolabi. “One was the cost, two was the fluidity of the movement, because it was an action-adventure and a comedy, and thirdly, I didn’t know many (stop-motion) series at that point who had done anything for this middle-grade age group.”

“To my knowledge it’s the only long-form stop-frame comedy horror,” Chalk says. “But it will be really interesting to see whether it opens up a whole new raft of storytelling for an older audience.” 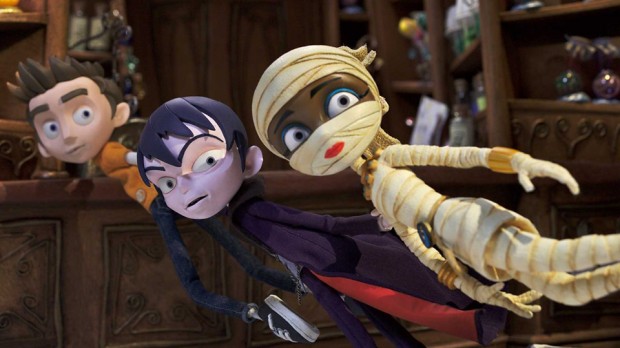