Remember those summers when all you could find on TV were sad reruns of shows that you hated to watch in the first place? Well, thanks to the programming wizards at Cartoon Network, this summer isn’t going to be anything like those soul-killing seasons of yesteryear. Not only does the cabler have a new season of its hilarious MAD series running on Mondays at 8:45 p.m., fans can also watch brand-new episodes of newly acquired shows such as The Annoying Orange, Total Drama: Revenge of the Island and Ninjago: Masters of Spinjitzu every week.

According to CN’s chief content officer Rob Sorcher, the cabler’s steady ratings climb for boys (especially in early evening primetime), is the result of “seeds that were planted several years ago.” He adds, “We launched shows like Adventure Time, Regular Show and MAD and now we’re very happy that we were able to make enormous episodic commitments to them. Each of the hits are feeding the success of the others.”

Sorcher, who came to Cartoon Network about four years ago following successful stints at AMC, USA and Fox Family, says he’s quite pleased with this summer’s eclectic selection of programs. 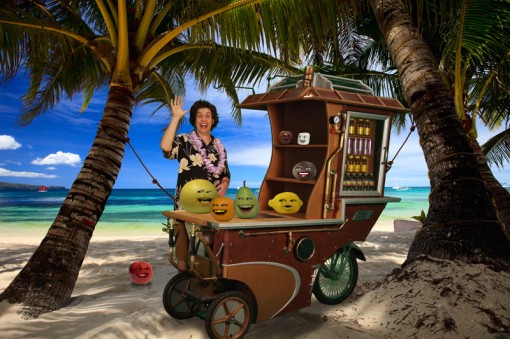 “What really ties these shows together is that each one of them is powered by a set of creators who have very distinct points of view, vision and execution behind them,” he says.

You can’t get more distinctive than The Annoying Orange, Dane Boedigheimer’s goofy Internet sensation featuring a group of anthropomorphic fruits and vegetables. The web show, which has generated over a billion hits since its debut in 2009, has been adapted into a more sophisticated series for Cartoon Network this summer. Boedigheimer tells us that he first came up with the idea for his toon right before going to sleep.

“I had done some talking food videos before, and the Annoying Orange was one of them,” he says. “I uploaded it and it got a crazy number of hits, so we knew we had to keep making them.” 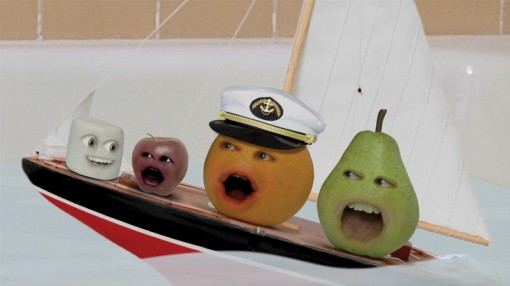 Boedigheimer and his longtime writing partner Spencer Grove spent a year writing and developing a TV pilot based on their shorts and shopped it around town. When Cartoon Network came knocking, they committed to a 30-episode package, which was much bigger in scope. Exec produced by Boedigheimer, Conrad Vernon (Madagascar 3, Monsters vs. Aliens, Shrek) and TV veteran Tom Sheppard (Pinky and the Brain), the new version of the show has Orange and his fruit buddies traveling through time and space aboard a magical food cart. In addition to the regulars, the series also features heavyweight guest like Tom Kenny, Jeffrey Tambor, Billy Dee Williams, Tim Curry, Tony Hawk, Malcolm McDowell, Leah Rimini and John DiMaggio. Not bad for a show that started out as one guy putting his face on a fruit in After Effects and fixing the backgrounds with Photoshop.

“We didn’t want to change the voices or the characters that we had on the original show,” says Boedigheimer. “So we kept the original cast, but we also have an amazing cast of guest vocals on each show. The web show was only two or three minutes long, so it was typically a lot of silly banter going back and forth, without any real character development. Now we get to expand on those relationships and have the fruits embark on grander adventures.” 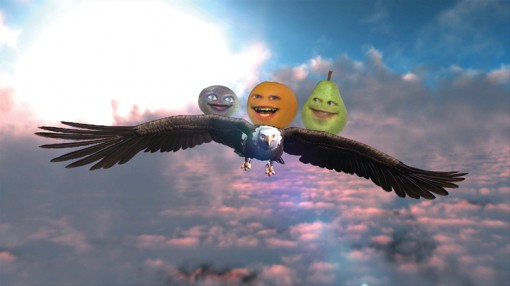 Grand adventures may also be a way of describing the new season of Total Drama: Revenge of the Island, which debuted in June. While this hugely popular animated reality series returns to the network with a fresh new cast, it is going back to the roots of its first season, which in essence was a young toon parody of Mark Burnett’s long-running show Survivor.

Produced by Canada’s Fresh TV and distributed by Cake Entertainment, the show centers on 13 new players (described as nice-guy gamer Sam, wide-eyed bubble-boy Cameron, take-no-prisoner jock Jo, fame-monger Dakota, etc.), who compete for a million dollar prize. At the end of each episode, one unfortunate teen will be voted off the island! There’s also a cool online component where contestants can try to balance the Island’s mutant squirrels on their bodies, while dodging meatballs hurled at them.

This return to the original premise of the toon proved to be a fantastic idea as the season premiere became the number one telecast of the day on all TV, among kids, outperforming its competition by double and triple digits in early June. 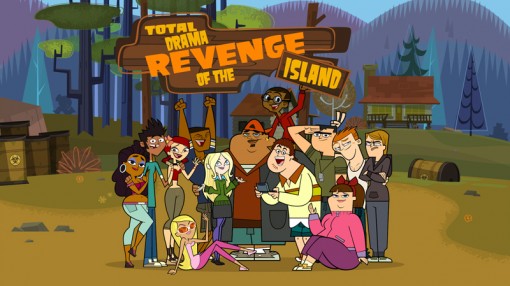 “We felt like we were the new Betty White,” says Tom McGillis, Fresh TV’s president and the show’s co-creator with Jennifer Pertsch. “I think I owe it to Stu Snyder and Rob Sorcher at Cartoon Network who told me that we were veering off a little bit during our third season of the series. So we thought it would be a good idea to refresh our cast, just like Survivor does, and the audience came back on board when we stuck to the conventions of that show.”

McGillis, a TV veteran who has a long line of credits including Bob and Margaret, 6Teen, Stoked and My Babysitter’s a Vampire, says he and his animation production team at Toronto’s Elliott Animation are already gearing up for the fifth season of the show.

“We’re very hopeful about the new season,” he adds “We’ll introduce a new cast with 13 episodes, and then we are planning an all-star season with a bigger cast. Since doing accurate parodies of Survivor works for us, we are going to use the ‘all-star’ trick as well.”

LEGO Ninjago: Masters of Spinjitzu is another one of Cartoon Network’s recent acquisition hits. The CG-animated series, which is produced by Denmark’s Wil Film ApS, is based on a very popular line of LEGO toys, which were first introduced in 1998 as LEGO Ninja and evolved into the current Ninjago form in 2011. The visually stylish show centers around a group of young men (Kai, Jay, Zane and Cole), who have to train to become Ninja warriors and master the ancient art of Spinjitzu in order to battle the evil Lord Garmadon and stop him from capturing four ancient weapons of Spinjitzu.

According to Erik Wilstrup, Ninjago’s exec producer and CEO of Wil Film, there are several reasons why the show seems to have attracted such a huge fan base.

“The project is blessed with three basic things,” he says. “Fantastic script writing with a compelling storyline which unfolds through the episodes, a production pipeline that serves only the property, and the entertainment ‘wow factor’ of magical LEGO mini-figures—they are extremely cool and always draw a smile or a laugh, even though they are some of the most cunning characters in the most dangerous settings and situations.” 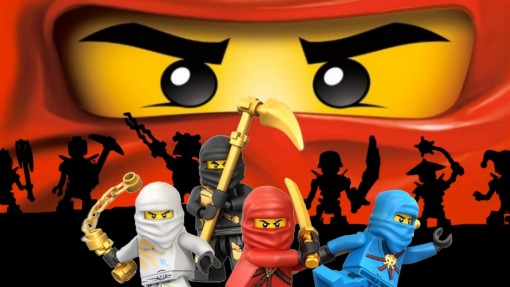 Wilstrup says he first heard about the project back in October of 2009. Since LEGO Group wanted to further explore branded entertainment through animated content, Wilstrup and his team discussed various animation styles to meet those ends and they all felt that CGI was the natural solution.

The producer describes the role of his company as “a spider in the middle of a wide web and a responsible driver of it all.” He elaborates, “Specifically we have a team of designers in Berlin, while the voice recordings sit with BLT in Canada. The score is produced by Jam Hollywood in Los Angeles, the animation is done at GDC in China and all preproduction, storyboarding, blocking, post-sound, on-line and grading is done in our studio in Copenhagen. This project is one of these blessed ones, where all the contributors are delivering beyond what you hoped for from the outset.”

It’s interesting to note that this is the first time LEGO has ventured into a TV series (26 x 22) territory. 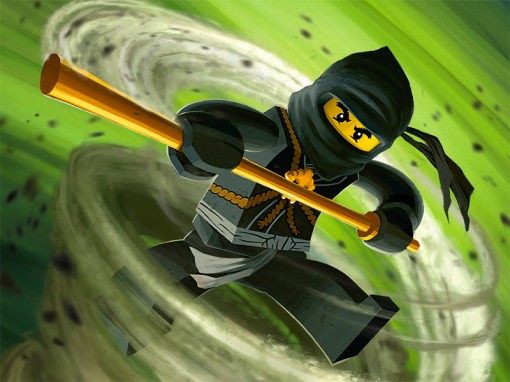 “I think it makes a lot of sense for them to do so, and it is exciting to be part of helping them set the benchmark for how the brand comes to life in animated TV series format,” says Wilstrup.

So what is the takeaway lesson from the cabler’s recent successes? For the TV executives, it’s all about being patient and sticking to your gut instincts.

“You have to pay attention to what works for your brand,” advises Sorcher. “When we look too much at what the competition is doing, we don’t do as well. We simply have to focus on what makes us great. These days, I see a new generation of creators and animators coming up who have new ways of telling stories and a sense of humor that reflects the era that they grew up in and how they grew up. When you look at many of our new shows, they’re completely different from what we’ve seen before. What we hope to do is support these new creators and build a climate in which they can thrive.” 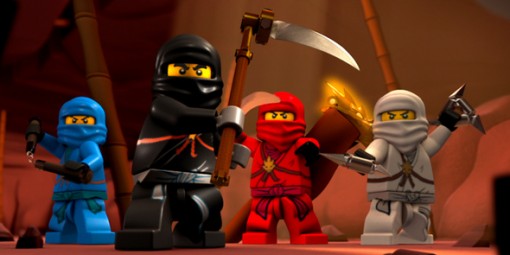 For the indie producers, it’s that you should never stop creating and evolving.

“A lot of people think it’s all so easy,” says Boedigheimer. “You just make two or three videos and upload them on the Web. But that’s not the way it goes. For the longest time, it was just me and my writing partner Spencer just working 14 hours a day, every single day with no time off. You have to be consistent and always be very mindful of your audience. You have to interact with your viewers. It’s all about finding the right balance between what makes you happy to create and what the audience demands. In short, work your butt off and pay attention to your audience!” 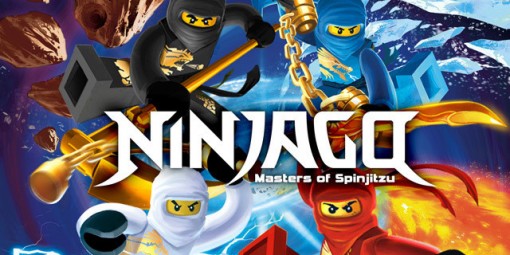