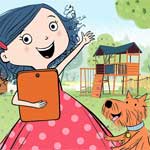 Dot., the animated Industrial Brothers/Henson show about a smart digital-savvy young girl just got its second season order. The award-winning show is based on the popular children’s book by Randi Zuckerberg and produced by Industrial Brothers (creators of Top Wing, Yup Yups, Gummandos) in assoc. with The Jim Henson Company and the Canadian Broadcasting Corporation (CBC).

Aimed at four-to-seven year old audiences, the series promotes positive digital citizenship and focuses on the adventures of  the tech-savvy Dot who is. In each of the 11-minute episodes, Dot embarks on hilarious adventures to satisfy her imagination, curiosity and latest passion whether with her dog, friends, and any tool or technology that will help enhance their play and exploration.

The first season of Dot. (52 x 11’) has performed well since its debut in the U.S. on Universal Kids, NBCUniversal’s Cable Entertainment network for kids 2-11, in September 2016.  Past episodes now stream exclusively on Hulu.  The series also currently airs on CBC in Canada.  Season two (26 x 11’) will debut this fall.

“I am so thrilled that Dot. continues to impact and inspire so many young people,” says creator and executive producer Randi Zuckerberg. “It’s so important to me that families find a healthy and positive relationship with technology, and Dot. is doing just that by allowing children and their parents to join along for her tech-fueled adventures! We can’t wait to see where Dot takes us next.” 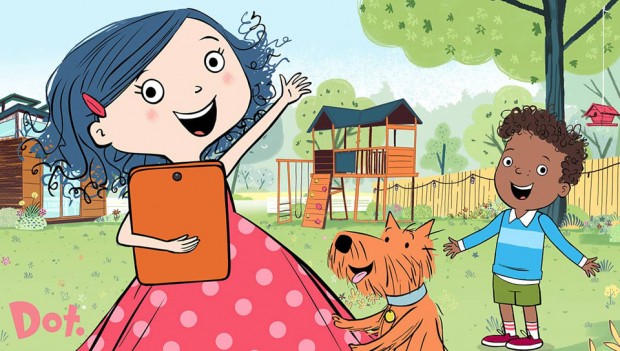 Building the Happy, Shiny World of ‘Trolls: The Beat Goes On’
Cartoon Network’s Cruise Ship to Set Sail in Late ’18