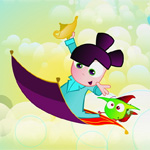 Spain-based Imira has announced the closing of a number of distribution deals in advance of this week’s MIFA at Annecy.

Disney has taken all four seasons of Tuba’s comic duo slapstick non-dialogue comedy Larva for Latin America and the Caribbean; Turner has acquired Calm Island’s Badanamu and SAMG’s Vroomiz for Italy; and Nickelodeon is expanding its previous multi-territory acquisition Larva, and adding more seasons for Spain and Portugal and Portuguese-speaking Africa.

Canal 11 in Mexico is taking Zodiak Kids’ preschool pop-up adventure Zack & Quack; and Aurora’s preschool environmental Yoohoo & Friends. Portugal’s SIC has closed a deal on IMPs global classic The Smurfs for its SIC K channel for Portugal and parts of Portuguese-speaking Africa, and for its SIC International Channels on a multi-territory basis.

Imira has sold a 14-title package to Czech Republic and Slovakia’s Free TV channel Tuty Broadcasting; and has closed a 10-title deal with Buongiorno, for its KidsInMind app platform. Kids Network is taking Imira-produced Sandra, the Fairytale Detective for the Middle East.

Imira is heading to MIFA with new product, including the comedy adventure Smighties (39 x 7 mins.), based on a group of small-but-mighty heroes who live in a colourful fantastical world, produced by Toonz Media Group and Herotainment; Gummy Bear (52 x 11 mins.), a TV series based on the internet sensation and produced by Google, Toonz Media Group and Gummibar International; preschool series YoYo (52 x 7 mins.), from Showlab; preschool world traveler Hogie the Globehopper (52 x 11 mins.), from Li’l Critter Workshop; the new 30 x 11 mins. format The Larva Collection; and the new season four (26 x 7 mins.) of Tuba’s comedy hit; and more new educational short format content and new apps of the online phenomenon Badanamu from Calm Island to accompany the 52 x 11 mins. series. 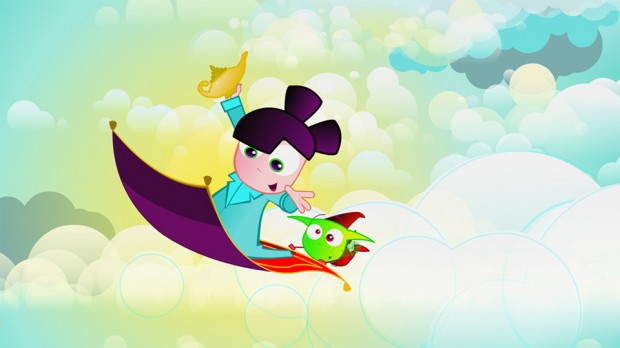