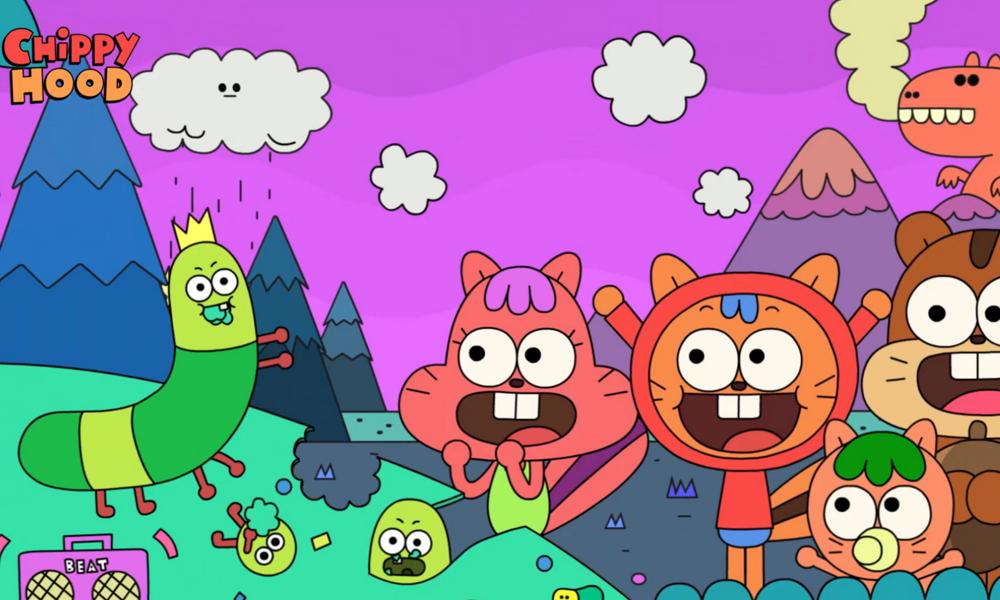 Imagine Kids+Family and David Steward II’s Lion Forge Animation studio (Academy Award-winning short Hair Love) have formed an exclusive first-look partnership around the animation company’s existing IP of both licensed and original ideas, starting with Chippy Hood, Puerto Rico Strong and Black Comic Anthology, among others. Content development will include short-form, TV series, and digital, and will be part of a strategic global franchise plan and consumer products.

Puerto Rico Strong is an animated anthology series based on the book that was created by the many people who came together out of empathy after the devastation the island faced from Hurricane Maria. Many within the Latinx community stepped forward to share their stories, both fictional and personal, that spoke of the culture, history, and strength of the Puerto Rican community. A fan favorite, and critically acclaimed, the book went on to be recognized with the highest honor in comics — the Eisner Award, for best Anthology. Puerto Rico Strong explores what it means to be Puerto Rican and the diversity that exists within that concept, from today’s most exciting Puerto Rican comics creators.

Black Comic Anthology (working title) is a series of animated episodes, featuring African-American creators, offering a journey through time and a look at the black experience at each stop. It will explore subject matters of race, inequality, triumphs, and tribulations and has a connecting fiber throughout that culminates in a surprise ending that ties its seemingly unrelated episodes together.

The projects will be jointly produced and financed by Lion Forge Animation and Imagine. The partners will collaborate on the development and pre-production of the projects, including the creation of story, character design and other assets. Animation work will be conducted at the Lion Forge Animation studios in St. Louis, Missouri.

“I have admired Carl and David for their originality and unique storytelling for years. They are visionary content creators and cross-platform franchise incubators,” said Sperber. “We are excited to partner with them to produce an original slate of content that also amplifies unique voices and tells diverse stories.”

Reed commented, “The Imagine brand has always stood out as a blue chip moniker for best-in-class entertainment and their Kids+Family group certainly carries on the tradition. We’re excited to work with Stephanie and the Imagine team as we explore and mine Lion Forge’s vast IP holdings that include comics, graphic novels, original content and celebrity affiliations, and as always, introduce diverse voices and characters to impressionable audiences who will see this as more relatable in today’s world.”

Added Steward II, “We’re seeing a surge in demand for animated content aimed at children and expect this trajectory to continue in step with the proliferation of screens and streaming platforms globally. To meet this demand and continue to deliver at the high-level families are accustomed to, we’re happy to forge this partnership with Imagine Kids+Family and collaborate on a really fun and distinct slate that carries our messages of diversity and inclusion.”

Imagine Kids+Family was launched in January 2019 by Imagine Entertainment, and is run by Sperber. The division is currently in production on its first live-action series The Astronauts (Nickelodeon) and recently announced a partnership James Patterson’s kids division JIMMY Books, and a partnership with LIFE to develop LIFE for Kids, an animated series using images from the preeminent picture magazine. Imagine Kids+Family also has an equity stake in The Tiny Chef Show to develop content, as well as a global consumer products program.

Launched less than a year ago, Lion Forge Animation was behind the 2019 Academy Award-winning, culturally resonating short, Hair Love, directed by Matthew A Cherry. The animation studio contributes to the growth of Lion Forge IP with TV series and feature film adaptations and is one of the only African-American owned animation studios in the world, but unmatched in size and scale (and the only African-American owned studio with an Oscar).

The studio sits within Steward II’s holding company Polarity, which houses media businesses including the Lion Forge comics publishing unit. Steward II has been putting resources behind his vision of expanding the market for comics and comic-related pop culture to new age groups and demographics since the early 2010s, building a portfolio of titles and imprints that feature characters and creators from a wide variety of backgrounds. He’s extended that vision and ethic to the larger media landscape with an organization that can orchestrate content development, production and distribution across different channels.

With Lion Forge Animation, Steward II is widening the diversity of creative voices available in the animated space. The company’s goal remains in line with what Steward II and his team accomplished in publishing — to showcase a variety of authentic voices and experiences through their work, whether created internally or through partnership with top talent.