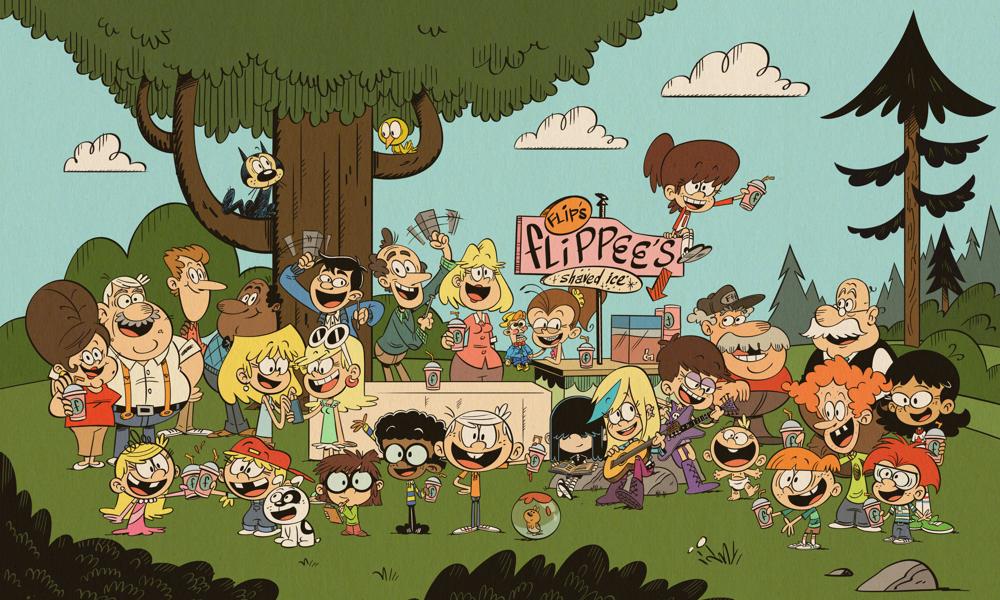 In honor of the 100th episode of The Loud House, Nickelodeon reveals this exclusive image featuring some of the most beloved characters, many of whom have become central to the show’s stories.

Nickelodeon is ready to crank up the cartoon volume to celebrate the 100th episode of its top-ranking kids’ hit, The Loud House. Premiering Wednesday, June 10 at 12 p.m. ET/PT, the milestone episode “A Star Is Scorned” centers on Lola, who ropes Lily into her plans to break into show business with a double-dose of cuteness.

Animation Magazine caught up with busy show veterans Mike Rubiner (Executive Producer) and Karen Malach (Producer) to get an inside perspective on what makes kids keep clamoring for Lincoln and the Louds a hundred episodes later.

Debuted in May 2016, The Loud House ranks as TV’s #2 animated series with Kids 2-11 and 6-11, second only to Nickelodeon’s SpongeBob SquarePants. The chaotic, comedic adventures of 11-year-old Lincoln Loud and his 10 sisters were recently greenlit for a fifth season. The show has even expanded into comic books, a digital album, game app, its own podcast and a spin-off series, The Casagrandes. 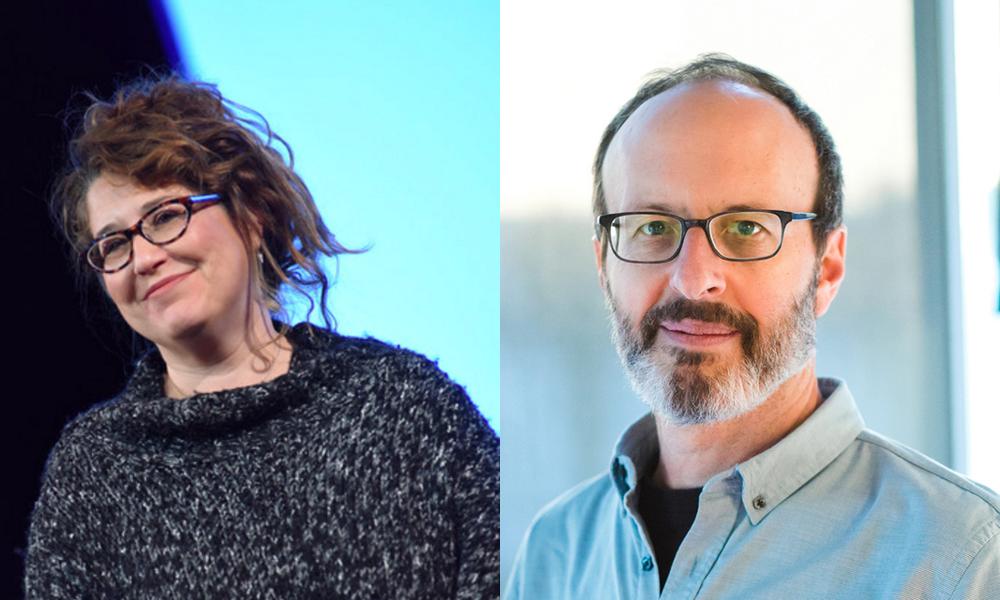 Can you tell us how long you’ve been working on the show now?

Mike Rubiner: Almost since the beginning. I started as the story editor in the summer of 2014. That was when we were just getting the show off the ground, planning and writing the first few episodes. Then in 2017 I became the Executive Producer.

Karen Malach: I started working on the show in July of 2015 – five years next month.

Did you think The Loud House would be such a big hit when you began working on it?

Malach: Actually, I did. It was so endearing, sweet and funny – once we started recording the voices, it really came alive for me and I knew we had something very special.

Rubiner: I had a hunch it would do well. The premise was so simple and appealing – a boy with 10 sisters – and the characters were so fun and distinctive. But I had no idea it would become as big a hit as it did.

What do you think sets the series apart from other animated family series available today?

Rubiner: I think it’s unusually grounded for a cartoon – it’s about real kid and family issues. Even if the stories go off in a crazy, cartoony direction, we always want kids to be able to relate to what our characters are going through, and to see their own lives in the show. The show also has a lot of heart. We always want it to be funny, but if we can make it touching, too, all the better. And then there’s the unique look of the show – that retro comic-book feel, which gives it a lot of warmth.

Malach: We have a large cast of characters – which can be difficult for production at times, but very effective at making an impact on a wide range of viewers. There is something for everyone. All the characters have such varying personalities that I think we’ve done a really good job appealing to a varied audience, whether it’s the kid who is a sports enthusiast, or the kid who is the family clown and joker, or the kid who is a diva princess, which is my personal favorite.

What has been the biggest challenge for you?

Malach: I would say that the biggest challenge has been this work-from-home transition. The crew is so used to being close, and we truly enjoy working around one another. It is difficult to only see each other through video conference screens. We make it work, and it is working about as well as it can, but it definitely feels different because we are not physically together during what is proving to be a trying time.

Rubiner: Now that we’re in our fifth season, the biggest challenge is keeping things fresh, finding new stories to tell. At this point, we’ve told somewhere around 250 stories. Our writers have their work cut out for them, but fortunately they’re an amazingly talented and hard-working team.

What is the most memorable response you have had from fans when they realize you work on The Loud House?

Rubiner: It’s always nice to see kids’ faces light up when I tell them I work on the show. They often have lots of questions about the characters – “What’s going to happen with Lincoln and Ronnie Anne?” is a big one. It shows that they’re really invested in the characters. It’s also really great when parents say they watch the show with their kids and actually enjoy it, rather than fleeing the room.

Malach: I’ve enjoyed having parents tell me how much they enjoy watching the show with their kids – they love the fact that we’ve illustrated some diverse family dynamics and really appreciate that we’re representing the LGBTQ community with the characters of Clyde’s dads and our dear Luna. There really is something for everyone in these episodes.

What has been the biggest lesson you have learned from working on the series?

Malach: The biggest lesson I’ve learned is that you can find extremely talented, capable and driven people and then trust them to do their thing. It is easy for some people to be intimidated by others who are very talented, but there is a real value in trusting them to use their talents for the good of the project. If we all have confidence in what we bring to the table while supporting and welcoming the talents of others, everything runs more smoothly, and we can create a stronger product.

Rubiner: Probably that you’re only as good as the team you put together. From the beginning, we had a really talented, dedicated and collaborative crew, as well as an incredible cast of voice actors. Our whole team has always been really passionate about the show, and that’s what has made it so good.

Has the stay at home order had any impact on the production of the show at all?

Rubiner: We’re very fortunate to be working in animation, because we’ve been able to keep moving forward. Thanks to technology, we’re able to do everything we normally do by working remotely. Recording our cast has been the biggest challenge, but even that we’re starting to figure out. I think we all feel very lucky to have jobs right now, even if we get the occasional Zoom fatigue (or in our case, BlueJeans fatigue).

Malach: We’ve been able to work seamlessly, which is amazing. Of course, we have challenges, but nothing we haven’t been able to overcome. It is a particularly good time to be in animation, that’s for sure. We all try to stay positive and recognize how fortunate we are to stay working when many other people in different fields have lost their livelihoods.

Do you have a favorite episode?

Malach: C’mon now, that would be like asking to pick my favorite child. Actually, I do have a favorite – It was called “Really Loud Music” and it was a musical we did in Season 3 where we told the whole story through songs. It was awesome and so much fun – working with some amazing song writers. Shout out to Doug Rockwell and Michelle Lewis!

Rubiner: That’s a hard one – there are so many I love! I can’t pick a favorite, but here are a few I’m especially fond of: “Really Loud Music” (the two-part musical starring Luna), “The Sweet Spot” (the kids fight over the best spot in Vanzilla), all the crazy Luan-centric April Fools episodes, “Suite and Sour” (the Louds cause chaos at a resort hotel), “Absent Minded” (Clyde becomes a school Jr. Administrator), “A Grave Mistake” (Lucy wants to become president of the Morticians Club), “Tripped” (the Louds go on a road trip) … But really that’s just the tip of the iceberg.