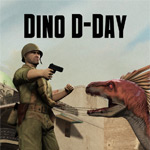 Is the world ready for some crazy World War II battles between Allied soldiers and Nazi-trained dinosaurs? That’s what Brown Bag’s L.A.-based animation label Icehouse and game developer 800 North are hoping. The two companies have teamed up with Metalocalypse creator Tommy Blacha to adapt the indie video game Dino D-Day into an animated series. The announcement was made by Icehouse creative director Darragh O’Connell. Blacha will exec produce the series with Icehouse’s Gregory R. Little and 800 North’s Abe Scheuermann.

The series will use Valve’s SFM software to simultaneously create the series and a new version of the game, which will share assets and be released side-by-side. Little brought the property to Icehouse based on his experience as producer of Deep, the previously announced animated feature film that also uses Valve’s SFM software.

“Abe and Brian created an awesome world that we’re going to have a great time expanding with Tommy’s help,” says Little. “We’re excited to use SFM to give fans multiple points of entry, not only via the game and series but also through fan-created content.”

Scheuermann & Ulrich created and produced the game independently using Valve’s Source game engine and released it successfully in 2011 on Steam, Valve’s game distribution platform. The game will be featured on Steam in a Free Weekend promotion starting Thursday, April 25, 2013 and continuing through the weekend with new maps and content released to players.

The game and series follow a team of Allied soldiers as they battle bloodthirsty Nazi-trained dinosaurs and each other’s obnoxious egos.

Scheuermann said, “We’re looking forward to bringing the comedy and action from the game into a narrative format, and we love Tommy’s ideas for that. We have always seen the Dino D-Day world as a funny alternate universe with the perfect match up: the Greatest Generation vs giant, prehistoric predators.”

Blacha has a history of success in animated comedy and has also written for live-action series including Late Night with Conan O’Brien and Da Ali G Show.

He said, “The first time I saw the Dino D-Day game I was hooked. It’s great working on things that are unique and off the wall like that. I love it!”

Production on the next version of the game is already underway, with series production expected to start before the end of the year. 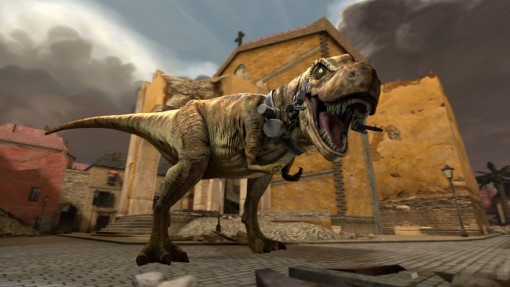