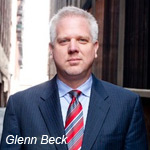 We don’t know whether to laugh or cry about this, but conservative talk show host  and author Glenn Beck has inked a deal with production house Icebox to produce a new animated comedy series. Among the writers involved in this new project are Jon Collier (The Simpsons, King of the Hill) and Howard Gordon (24, Homeland). The plot details and characters of the show are still under wraps.

“The team at Icebox has developed and produced shows for some of the most renowned and acclaimed networks on television and we are excited that GBTV will be home to one of their next projects. We look forward to working with Howard, Tal [Vigderson] and Jon on bringing an entertaining animated show to GBTV,” GBTV’s president of programming Joel Cheatwood told The Hollywood Reporter.

Icebox managing director Tal Vigderson added, “Icebox is known for edgy, irreverent programming. Many of our writers welcome the opportunity to create shows the whole family can watch. This venture lets us take a little break from shocking and offending our audience.”