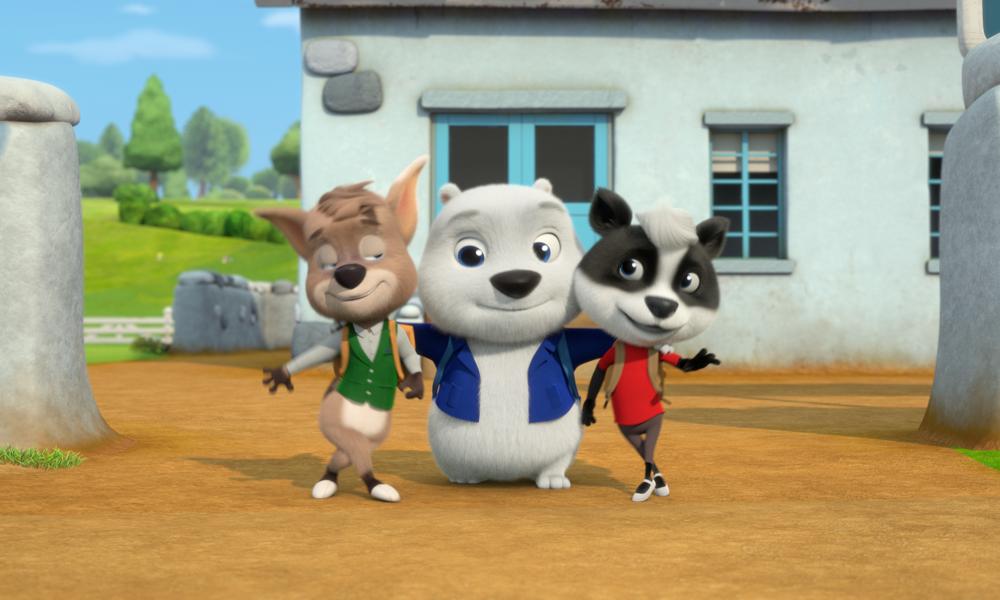 A charming, comedic new CGI show for four- to seven-year olds called Paddles will be launching on Cartoonito UK in the fall. The 52 x 11′ series hails from state-of-the-art animation and media company, Futurum.

Paddles tells the story of a polar bear cub accidentally delivered by the Stork to a frozen River Shannon in Ireland – and brought up by a pack of Irish wolfhounds. Through the adventures, mistakes and discoveries of its funny and huggable star, and his friends Bracken, Bridie and Fagan, Paddles shows its young audience that being different is something to be celebrated and enjoyed.

Paddles will be broadcast on Cartoonito UK from the autumn of this year. Leading preschool channel Cartoonito UK is the home of some of the U.K.’s best-loved children’s shows and characters. It is available on satellite, cable, IPTV and streaming media.

More broadcast deals are imminent and will be announced in the coming weeks.

“This hilarious and charming tale of a polar bear cub, his adoring wolfhound family and his high-spirited and funny new school friends has already caught the imagination of broadcasters in many regions,” noted Brendan Kelly, Head of Sales at Futurum. “It’s about to launch on one of the U.K.’s best-known preschool channels, and we are certain it will be a hit with viewers in the U.K. and around the world.”

Paddles is the first offering from Futurum, a specialist producer of children’s and family media content targeting the global TV market. Its founding principals include members of the team behind the seven-time Emmy Award-winning children’s series Jakers!, as well as senior figures from HIT Entertainment and its global franchises Bob the Builder, Barney and Thomas and Friends.

The creative team behind Paddles has also worked with multi-award-winning titles, including such diverse and highly successful children’s offerings as FiFi and the Flowertots, Roary the Racing Car, Bottersnikes and Gumbles, Octonauts and Jakers!

The new series is produced in London, Dublin and Istanbul (with partner Melon), and boasts all the invention, endearing characters and high production values that made Jakers! a hit across multiple regions, as well as a very successful licensed property. A licensing program for Paddles is already underway; the first licensees are due to be announced soon.